In its 10th year, Telluride Horror Show has more than hit its stride in providing the year's best in horror. Here's a glimpse at the unique horror experience that only THS can offer!

It all began with a wood chipper ...

Telluride Horror Show (THS) launched back in 2010, bringing horror films and shorts to the beautiful town of Telluride, Colorado. Since then, they have curated a broad range of horror films that have frightened, disgusted, and entertained thousands of fans of the genre. One such film that premiered at their first event has since built a rather large cult following. Tucker & Dale vs. Evil was the talk of the festival, with its blend of violence, satire, and dark humor that delivered laughs and gasps at a high rate, highlighted by a particular scene involving actor Alan Tudyk and a wood chipper. Word quickly spread about the film, and subsequently, THS saw growth year after year.

In 2019, celebrating the 10th anniversary of the festival, THS brought back Tucker & Dale vs. Evil for a special screening that had director Eli Craig in attendance. This isn't an unusual feat, as THS boasts a lot of heart and hard work amidst the frightful fun of their event. This is no more evident than in their annual Pig Roast, Ice Scream Social, Creepy Campfire Tales, Killer Karaoke, and, of course, Horror Trivia.

This year they also screened two movies with proceeds going to Scares That Care. One of those films, Spider Baby, was in memory of actor and horror icon Sid Haig. THS is as heartwarming as it is horrifying. But at the end of the day, this selfish brute (yours truly) is here for the horror films—and this year was packed full of true gems, many of which will be easily accessible via digital streaming services in the near future. Below are some cinematic highlights from the festival. 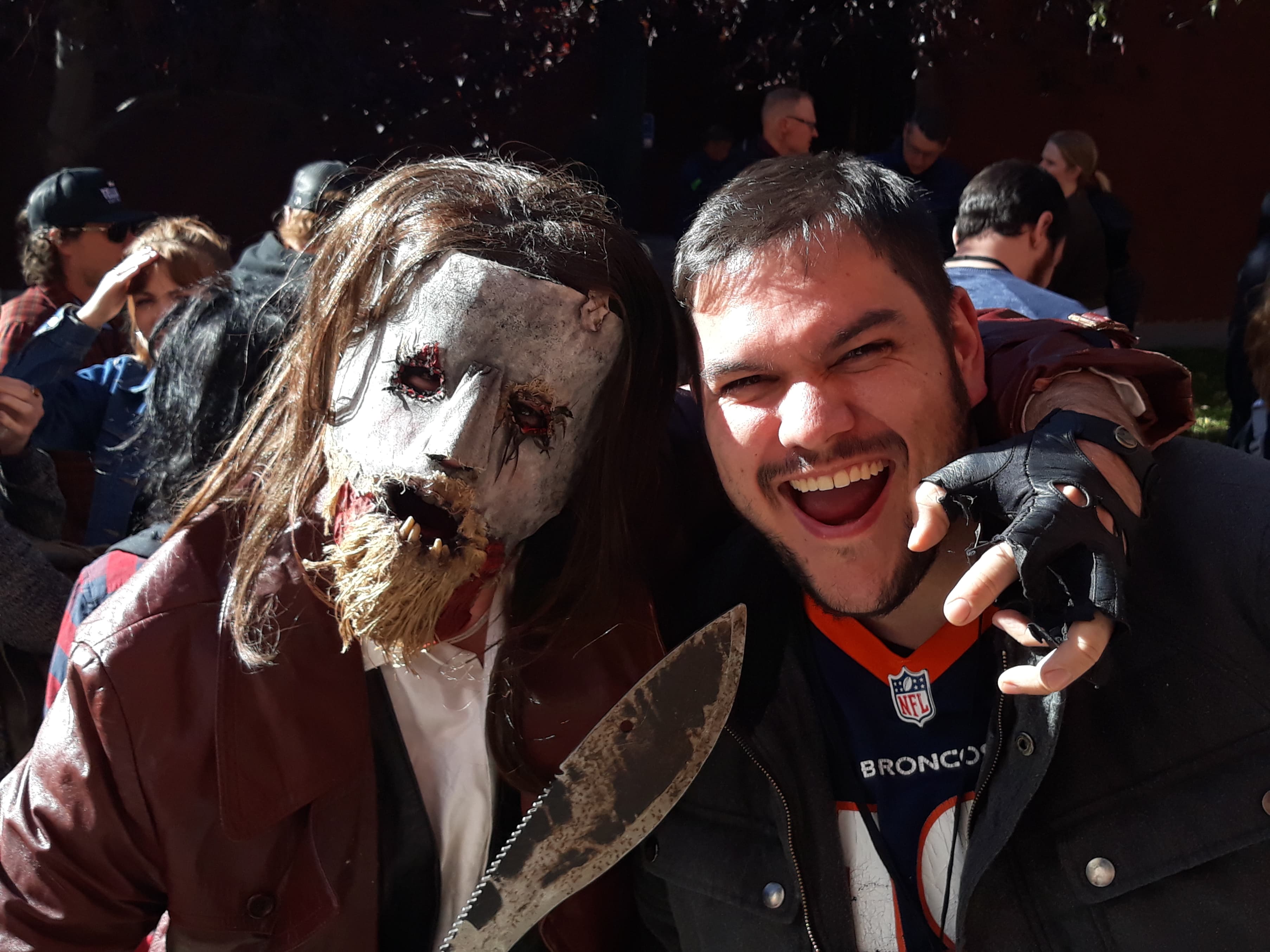 In Wounds, a bartender (Armie Hammer) discovers an abandoned cell phone from some underaged patrons following a brawl. The phone contains many grisly images that lead the man and his girlfriend down a dark and disturbing path. This grotesque, unsettling film was directed by up-and-comer Babak Anvari, who is known most notably for his debut feature film Under the Shadow. Anvari takes this seemingly simple premise and drags us down a disturbing journey of dark revelations. His use of imagery, cinematography, and sound enthrall and detest the viewer, leaving you in a constant state of discomfort.

Hulu has made a valiant effort to produce original horror content, particularly with the erratic yet ambitious Into the Dark series of semi-feature-length, low-budget films. The quality has been sporadic, feeling more like darts thrown to a dartboard with few coming close to the bullseye. It left me wary of what to expect from Wounds, but the end result was easily Hulu’s best effort in the genre. It is chaotic. It is weird. It is spine-tingling. And it leaves a residue on your soul like an Ari Aster film (Hereditary, Midsommar) when the credits roll. Be sure to keep a lookout for this film when it inevitably lands on the streaming platform!

There's a group of individuals within the horror community that has collaborated to produce a very unique style of horror film since 2012. Ever since the release of Resolution and The Battery, the casts and crews of the respective films have filtered in and out of each other’s pictures while creating one-of-a-kind stories with an approach that targets your heart rather than your fight-or-flight response. Their movies focus on stretching small budgets to build human connections with a subtle horror vehicle. Devoid of relentless jump scares or violence, these films tend to rely on foreboding atmosphere, dynamic character interactions, and dry laughs to engage their audience.

After Midnight is the latest installment from these filmmakers that follows this unorthodox approach to horror.

The premise is simple enough. After his long-time girlfriend abruptly leaves their rural home, a man is forced to protect the house from a monster every night. The introduction of a monster sounds like a campy trope for a standard horror movie, but it works far more as symbolism for the warring of emotions between the couple and is entirely a secondary element. The core of this film is the relationship between its two leads, building to a powerful finale that's more about stagnating love of aging relationships than a silly monster. After Midnight is a film that, like others from these guys, spends a majority of its runtime on the human condition, friendship, and love. Not what you’d expect from a traditional horror movie, it makes for a macabre romantic date of sorts. (If you like this piece, I would also recommend checking out Spring from a combination of the same filmmakers!) 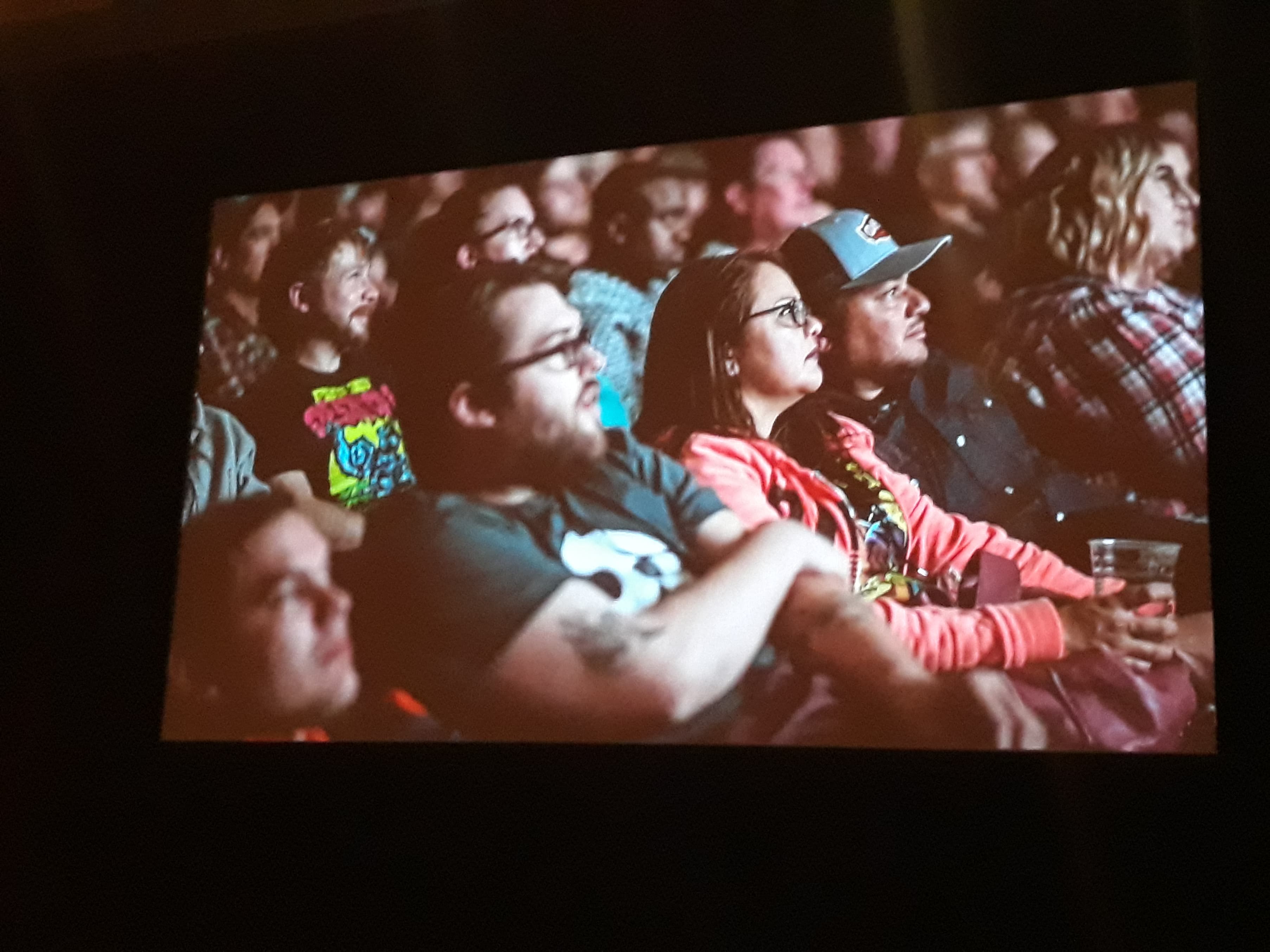 While this is certainly up for debate given the spectacular list of films from this year’s festival, Daniel Isn’t Real was the highlight of THS. Starring the sons of Arnold Schwarzenegger and Tim Robbins (Patrick and Miles, respectively), this psychological horror film bridges the gap between arthouse and mainstream horror styles to produce a powerful and sadistic horror film of combatting one’s inner demons. The film follows Luke (Robbins) as he struggles to balance his mother’s slipping mental state with his social ineptitude while attending college. As he grows more desperate, he turns to his childhood imaginary friend, Daniel (Schwarzenegger), to help him along. Daniel helps to build Luke’s confidence, but soon Daniel’s predisposed violent tendencies reemerge.

The film tackles a variety of social and psychological issues that many of us deal with in our lifetimes. Issues with belonging and connecting, with fear and isolation. Of course, as a horror film, it takes us down a dark and visceral path to make its human parallels. Using a courageous approach with its imagery and style, we get a truly unique experience through the eyes of Luke and Daniel. The journey is powerful, disturbing, and unlike anything I have seen before. Despite a slight drag in the second act, in which it lulls you into a false sense of familiarity, Daniel Isn’t Real was far more impressive than I could have ever guessed. Schwarzenegger and Robbins are fantastic in their respective roles, showing promise in pursuit of their fathers’ footsteps. I would recommend this gem once it eventually arrives on the horror streaming service Shudder in the near future.

THS has continually outdone itself year after year, and 2019 is no exception. The beautiful town nestled in a valley has become home to an event I cherish every October. Walking the streets in the fresh mountain air, grabbing a donut from the local bakery, then sliding into my seat to watch a monster try to devour a woman stranded on a remote island (Yes, this was a movie from this year's festival titled, Sweetheart). It's just a day in the life of a THS patron.

It is truly a one-of-a-kind experience and I would recommend it to anyone, that is ... anyone who has the stomach for a good ol' fashioned horror movie or two.

Did you attend the Telluride Horror Show this year? If so, what was your favorite horror film? If not, which horror film featured at the annual event are you looking forward to watching once it's available? Let us know in the comments below.