It's going to be the biggest and brightest pink supermoon this year!

This year's first supermoon will happen on the night of Monday, April 26. The moon will shine brightest at approximately 11:33 p.m. EST. It's also the first of two supermoons to happen in 2021; the next one occurring on May 26. Remember last year's "super pink moon"?

What Is a Supermoon?

The moon's orbit around the Earth is elliptical. As a result, the distance between our planet and its satellite varies throughout the year. When a full moon is closest to the Earth, it is called a supermoon. In many northern hemisphere cultures, the supermoon events are named after their month of occurrence. An April supermoon is called Pink Supermoon, while a May one is known as the Flower Supermoon.

Usually, the moon orbits almost 238,000 miles away from the Earth. But at perigee, it's about 226,000 miles away, nearly 12,000 miles closer to Earth. To get the best view, Almanac suggests watching the moon rise over the horizon in an open area. 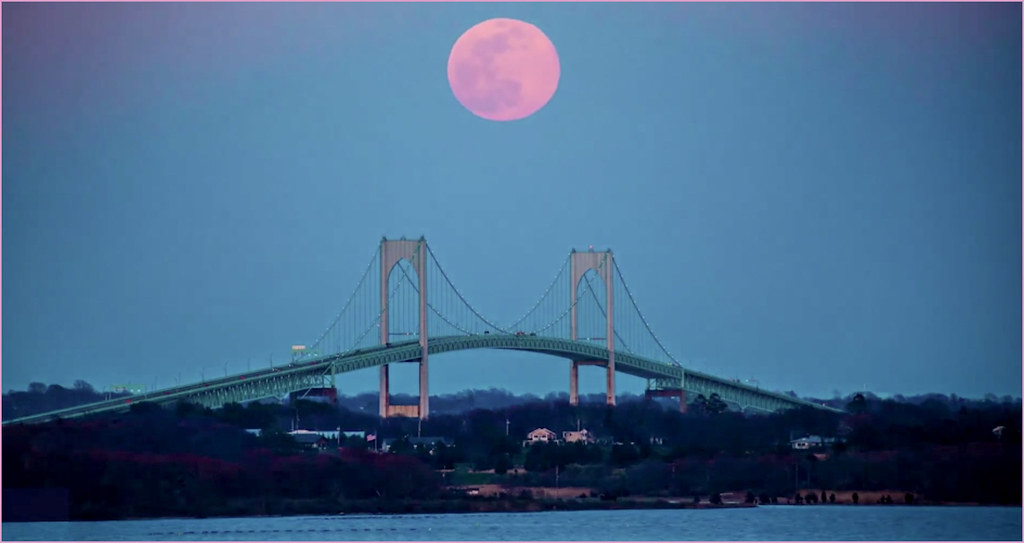 Why Is It Called "Pink Moon"?

In contrary to the name, the moon will not have any rosy hue. The celestial event is named after the seasonal spring blooming of Pink Moss or Phlox Subulata, a wildflower found in eastern North America. When closest to the Earth, the full moon is almost 30% brighter and 14% larger and has a golden hue.

The term "Supermoon" is not an official astronomical term. In 1979, astrologer Richard Nolle first used it to define the event of a new or a full moon being within 90% of its closest vicinity to Earth. Similarly, a "Micromoon" occurs when the satellite is farthest in its orbit from the Earth's center (almost 251,655 miles away).

With only two supermoons happening this year, this can be the best time to catch a beautiful glimpse of the moon with its brightest shine. Also, a perfect time to do some incredible lunar photography!

Have you seen a supermoon before? Let us know in the comments.