Could we BE any more excited?!

To celebrate the well-loved comedy's 25th anniversary of their premiere date on September 22, 1994, Warner Bros. is creating 30 replicas of the comfy, fringed orange couch to display at select locations all over the world. Friends fans from Los Angeles all the way to London will be able to view one of the most recognizable pieces of furniture from the 20th century.

The "Central Perk couch" as it's dubbed is seen in the original opening credits, as well as in countless episodes where the six friends congregate in their beloved coffee shop below their apartment building. The couch almost acts as a seventh friend to Chandler, Joey, Monica, Phoebe, Rachel, and Ross. It's where the six have shared both triumphs and heartaches. 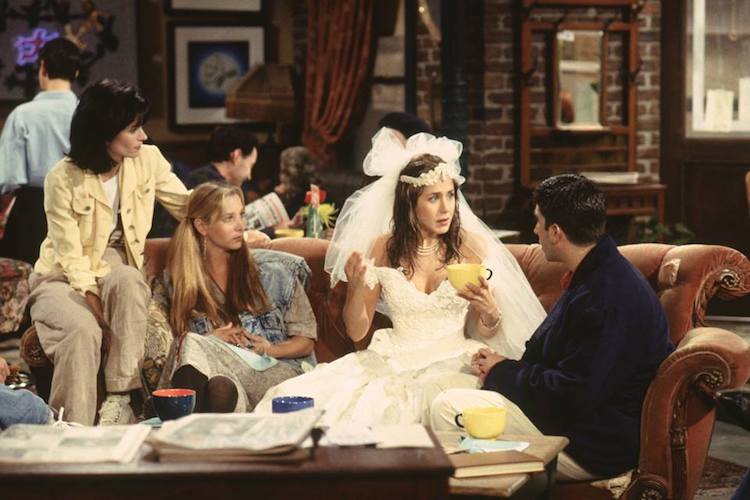 Interestingly enough, the well-loved couch almost didn't make it onto the show. During the first rehearsal for the pilot episode, there was criticism from some network and studio folks, reports USA Today, due to there being a rip on the back of the sofa and the arms being a bit tattered. Fortunately, James Burrows, the show's director, went to bat for the piece. To make everyone happy, Greg Grande, the show's set decorator (and the man who found the couch) used a tapestry throw to cover the largest rip.

While Grande reupholstered the couch throughout the years, eventually a second couch was made for the 10-season series. The original couch can still be viewed by die-hard fans on the Warner Bros. studio tour. 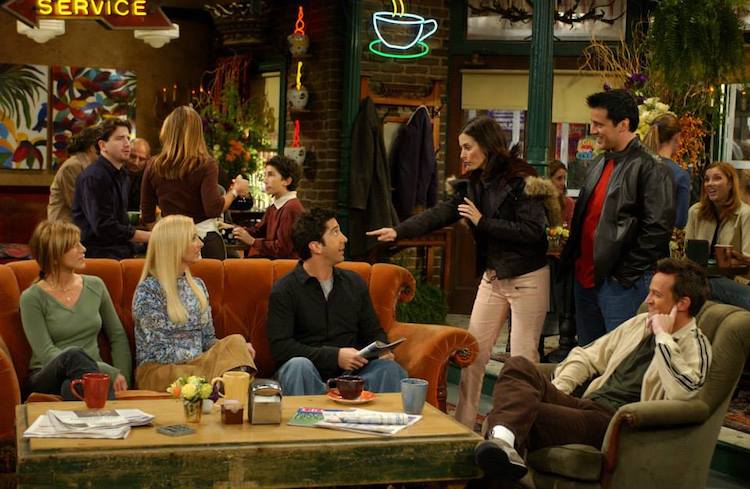 For fans that want to visit the "real-life" Central Perk, they can travel to New York's The Little Owl, located in the West Village at 90 Bedford St. (corner of Bedford and Grove). While Friends was primarily filmed in Burbank, California, at Warner Bros. Studios, a lot of the exterior shots were filmed in New York, including Monica's and Chandler's apartment building and Central Perk. Unfortunately, The Little Owl does not have a replica of the famous sofa, but it does have delicious food and a cozy neighborhood feel.

While Maryland (where yours truly resides) is not one of the lucky locations that Warner Bros. chose to debut their couch replicas, hopefully some of our readers do live near the selected cities. Or, if you're going to be traveling at all in the month of September, you may be in luck! Check out the locations below:

If you can't make it to one of the above-mentioned locations, you can still celebrate Friends' 25th anniversary with a Central Perk LEGO set, Friends-themed merchandise at Pottery Barn, or a "You're My Lobster" charm bracelet from Alex and Ani.

Are you a Friends fan that's fortunate enough to live in one of these cities? If so, will you check out the Central Perk couch? Let us know in the comments!