The Smithsonian Is Throwing a 'Hocus Pocus' Watch Party—With Wine!

The Smithsonian Is Throwing a 'Hocus Pocus' Watch Party—With Wine!

The viewing is being held at the Warner Bros. Theater at the National Mall.

Fans of the Disney movie Hocus Pocus can attend the ultimate watch party this month at the National Mall. The Warner Bros. Theater inside the National Museum of Natural History is hosting a series of viewings for the popular Halloween film. In what has become an annual tradition, the film is being accompanied by a watch party complete with wine and other goodies. The response for the event was so strong the museum has just added an additional viewing.

Hocus Pocus is a Disney film starring Bette Midler, Kathy Najimy, and Sarah Jessica Parker. The film follows three children who accidentally wake three witches from the dead, who then proceed to wreak havoc on the children of Salem. The movie has become a cult classic, shown daily during the Halloween season and beloved by kids of all ages. The film celebrated its 25th Anniversary in 2018 with a special DVD and an Anniversary Halloween Bash special on Freeform. 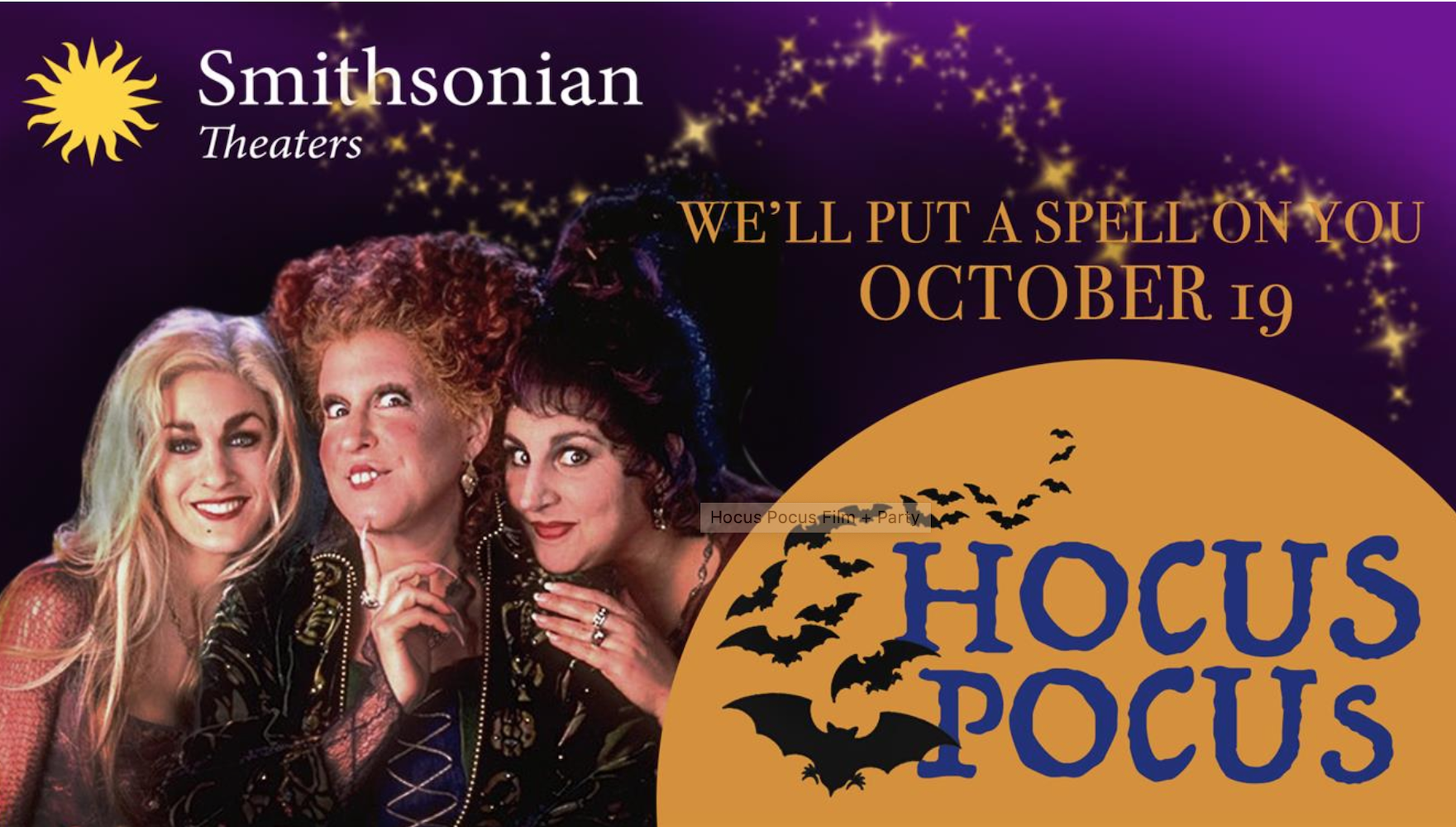 The film will be shown in its 35mm version on Saturday, Oct. 19, and Sunday, Oct. 20, 2019. Tickets start at $8.50 for the movie only, or fans can buy a party package. The theater has four viewings on Saturday and one on Sunday. The Hocus Pocus Party runs from 6:30 to 8 p.m. on Saturday, October 19, and includes music, dancing, photo opportunities, and beverages (alcoholic and non-alcoholic). Kids are allowed, but the event is considered adult-centric.

Tickets for the party package are $36 each and include a film ticket, entrance to the party, and two drink vouchers. Film-only tickets are $10 for adults, $9 for seniors and members of the military, and $8.50 for kids aged 2 to 12. There is no party for the Sunday viewing, but fans can add on a pastry and wine package for $10. Check out all the ticket options here.

Are you a Hocus Pocus fan? Do you plan to attend this fun event? Tell us in the comments!