The Story of 'The Story of Us': A Sit-Down With Theatre Director Jason Crawford Samios-Uy

The Story of 'The Story of Us': A Sit-Down With Theatre Director Jason Crawford Samios-Uy

This is the story of The Story of Us, a brand-new musical written and produced by Jason Crawford Samios-Uy, the managing director of Just Off Broadway (JOB). I recently sat down with Jason to discuss his thoughts on theatre in Baltimore and his new musical premiering this month. 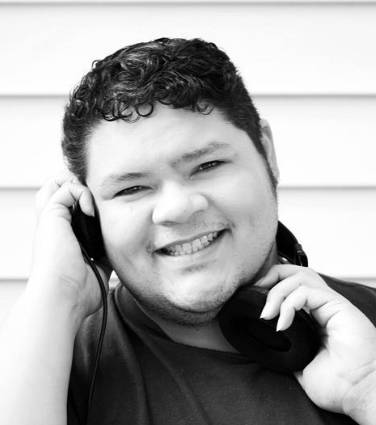 OCN: You’ve been involved in theatre in some capacity for the last 20 years or so. How did you get bitten by the theatre bug?

Jason: There's a bit of a gap between me and my eldest sibling, Ken, and he, too enjoyed experiencing live theatre and art (and still does!) even though he didn't really participate. I was young, maybe about 5 or 6 years old, and he took me to see a production of Damn Yankees at his high school, and I never forgot it. It's still one of my favorite musical theatre pieces to date. Watching the people on stage and hearing the live music gave me goosebumps – and still does. I spent a lot of my formative years finding my own voice, locked in my bedroom, singing at the top of my lungs, a couple of hours here and there when everyone else was going about their business, and I actually didn't really set foot on a stage until high school, which happened to be the same stage I experienced that production of Damn Yankees, years before.

OCN: Just Off Broadway opened in 2011, and you’ve been producing fabulous productions ever since. I imagine you may have just as much fun creating the shows as your audience does seeing them. Why did you and your fellow founders decide to open a theatre company of your own?

Jason: Community theatre is a beautiful thing but, even to the most experienced, it can be a little tricky to navigate. My fellow founders and I had been a part of many theatres and productions in the Baltimore area for many years, but I started noticing that I was seeing the same faces, albeit very talented and dedicated faces, but the same few faces in lead roles at most of these theatres. We wanted to create a space where everyone, regardless of personal relationships and regardless of experience, was given the chance to perform based on their auditions and merit. We've luckily had a great run so far, with different directors for each production and new faces in every one of our productions so far.

We want folks, no matter their experience, to join us in our productions. If you're an actor who wanted to try his or her hand at directing, or choreographing, or technical theatre, come join us! If you're a techie who has always wanted to try his or her hand at performing, come join us! If you've never set foot in a theatre but wondered what it was like to be a part of a production, come join us! We want folks to feel comfortable enough to spread their wings and tread out of their comfort zones knowing they have the support of a solid company. We welcome one and all and, most importantly, we hope that everyone walks away from our productions having learned something, whether profound or in passing. We hope you walk away with a bit more than you walked in with.

OCN: How do you decide on what shows to produce in a given season?

Jason: We have a "board" of seven members, and each season is chosen through discussion and input from all members. We look at logistics, our spaces, and budgets to determine the best shows for JOB as a whole. Once shows are selected, we begin a search for directors and other production team members, as needed. We're always open to suggestions, as well, so, feel free to contact us!

OCN: You’ve been writing a musical, The Story of Us, for the last few years, and are premiering it for the first time this month. Tell me a little about The Story of Us.

Jason: The Story of Us, basically, is a star-crossed, human experience story of boy-meets-boy. Neither can seem to make a relationship stick, no matter how hard they each try. The message, for lack of a better term, is something along the way of this: In real life, with many situations, we're not always given a happy ending or a sad ending. Sometimes we just need to move on or move forward. Closure is not a luxury we all have, but in the end, we're all going to be okay.

OCN: Did you always know it was going to be a musical?

Jason: From the moment the inkling of The Story of Us popped into my head, I knew it was going to be a musical. It had to be. The music and the feeling in the music is what, I hope, moves the story along and gets to the hearts of people.

OCN: What inspired you to write The Story of Us, and how long have you been working on it?

Jason: I started working on The Story of Us in early 2017, and the first song I wrote for the piece, "Okay," came around that time. From there, I wrote a few more tunes I thought would fit into a story and then began writing the script mid-2017. I wrote the music/lyrics and script in tandem, really. I'm not sure if that's the right or wrong way to go about it. But I don’t think there is a right or wrong way anyway!

OCN: And what are your hopes for the production?

Jason: A bunch of crazy-talented folks have already recorded a concept album for The Story of Us (at the moment, it’s being mixed and mastered) and we've already had a table read this past spring. After that, I gave the piece a heavy edit, and now we're only a couple weeks out from the first public staged reading! I'm hoping to continue with the development process and get feedback from anyone willing to give it to me from the public staged reading and, edit, edit, edit. The goal is then, either another staged reading or a full workshop, then a full-fledged production somewhere here in Baltimore (fingers crossed)! However, it's not something I want or need to rush so I'm taking my time to learn more – not only about the development process, but the work itself.

As a fan of each of the shows at JOB I’ve seen, I can’t wait to see this new musical produced by a fabulously talented team of artists. If new musicals are your thing, or you’re just in pursuit of a fantastic night of theatre, tickets for the premiere (in staged reading form) of The Story of Us are free (though donations for future development are always welcome.)