The Underground Music Showcase is drawing nearer. Are YOU ready?

Denver's largest indie music festival, The Underground Music Showcase (UMS), is on for its 19th year with no plans to slow down anytime soon. Running July 26-28, the three-day festival weekend features over 200 artists performing on four outdoor stages and in more than 20 indoor venues spread across Broadway. Local performers showcase the Denver music scene and some national indie bands get in on the act, making for a jam-packed weekend.

2019 is sure to be a good time for all, building on the community and momentum from last year’s very memorable event. For the second year, the festival is being organized by Two Parts, a boutique event production company that purchased UMS from The Denver Post in early 2018. Two Parts brought in new elements such as immersive stages, secret shows, comedy acts, surprise pop-ups, live art, and a massive lineup of bands, along with plenty of vendors.

Local favorites also include Colfax Speed Queen, Emerald Siam, Princess Dew Claw, Rotten Reputation, Wheelchair Sports Camp, Ray Reed, Ya Si, and Sur Ellz, just to skim the list. It is an expansive roster, so check out the full promo poster below, as well as on the UMS website.

Tickets are still available, but they're going fast. Purchase your tickets online.

Did you attend UMS last year? Is there a local band that you want to see this year? Let us know in the comments! And don't forget to check out the full lineup on the poster below. 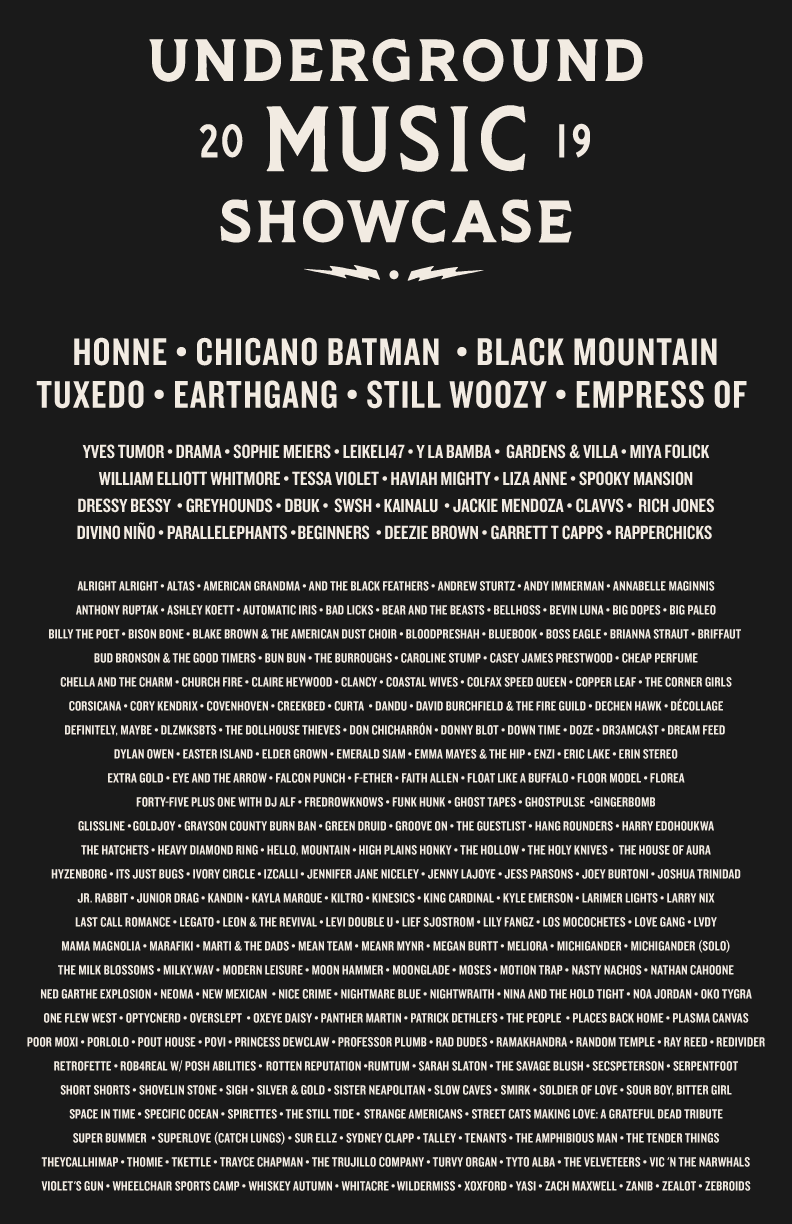