Rare event hasn't happened since 1995, but it has a good chance of happening this year.

Get ready for a heck of a show! Respected meteor scientists Peter Jenniskens and Esko Lyytinen say there's a good chance that we will see something truly awe-inspiring and rare this Thursday night.

An outburst of the usually small alpha Monocertoid meteor shower is primed to go full "meteor storm," the scientists say. This means that it could yield up to 400 meteors in one quick, hour-long burst of activity. This meteor shower had previous outbursts in 1925, 1935, 1985, and 1995. The only one of those four that was predicted was the storm in 1995. Can you imagine looking up in the sky in 1925 and wondering if the sky was literally falling?

The 1995 outburst resulted in an estimated hourly rate of 400 meteors, though most people likely saw less due to viewing conditions. It was estimated to send an average of seven meteors per minute streaking through the sky at the peak of the storm. Since those were just estimates, it may not be that active this year, but there will be plenty of meteors to see no matter what.

It is important to point out that the storm is not guaranteed, but Jenniskens and Lyytinen have been tracking the conditions and feel there's a strong possibility.

"They realized that the circumstances for the shower in 2019 are nearly identical to 1995, when an outburst did occur. That is why they predicted an outburst with a similar rate for this year," said EarthSky.org. 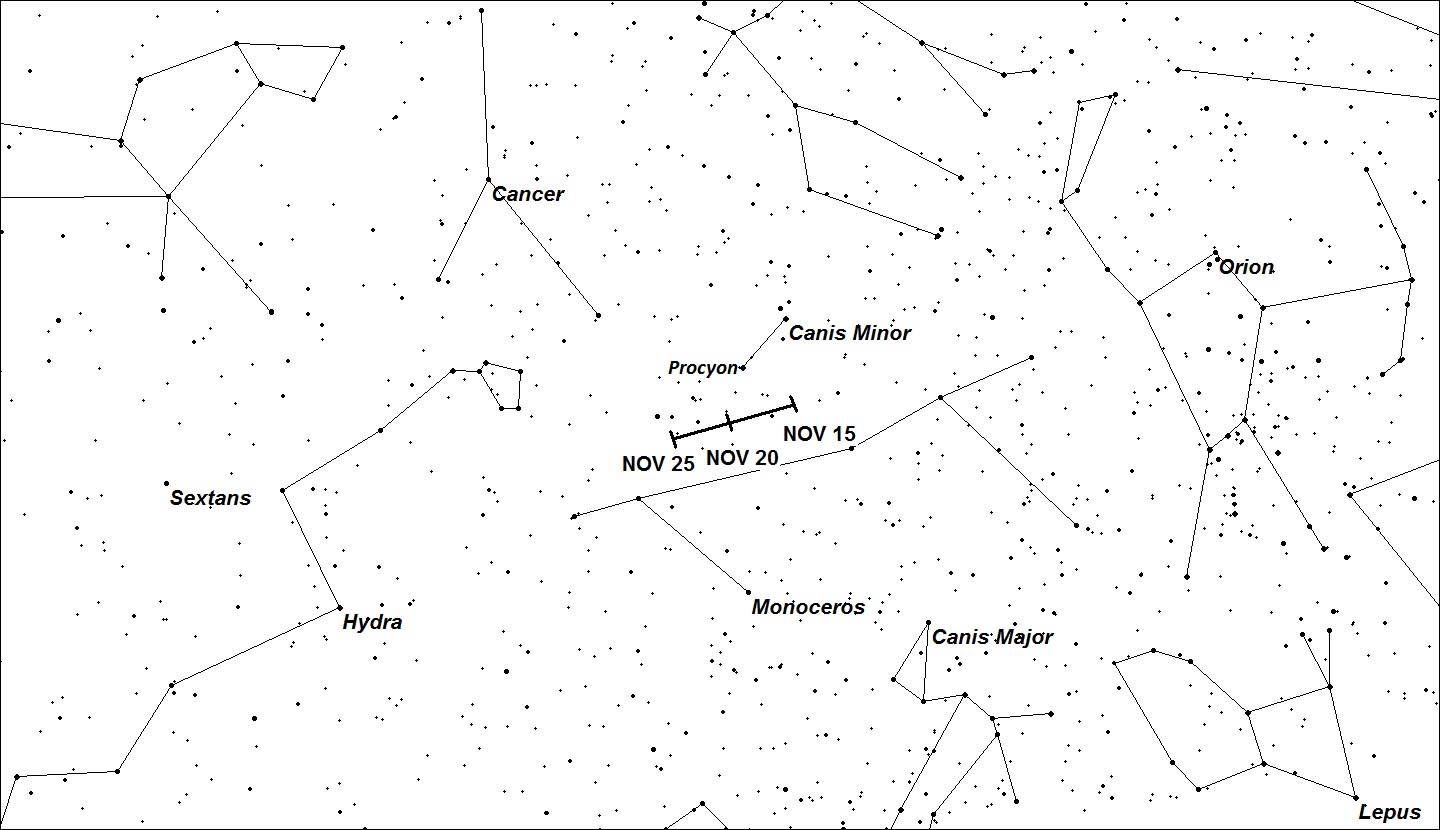 The key to seeing this unique event is to be in the right place at the right time.

The time part of it won't be too hard. The outburst is predicted to start at 11 p.m. EST, and peak at 11:50 p.m., dying out after midnight. The meteors don't fall at an even pace, so be prepared to catch them in clusters.

"These meteors are never spaced evenly but appear in bunches so 2-3 meteors may be seen seconds apart and then an entire minute could go by without any activity," said the American Meteor Society. "Potential observers are encouraged to start viewing the sky at least an hour before the predicted time of maximum activity in case the timing estimates are in error. Do not stand and observe, rather use a comfortable lounge chair with plenty of blankets to keep warm."

Unfortunately, the right place for it is a bit touchier. The storm won't be visible to everyone, with western Europe and northwestern Africa being the best locations to view this possible display. The AMA says that observers in North America and the Atlantic region will also be able to catch a few glimpses.

The AMA encourages people to record what they see and fill out a Visual Observing Form, even if the storm doesn't pan out.

"During possible outbursts such as this, it is important that the observer record the time and type of meteor seen. This allows us to determine the exact time of maximum activity," said the AMA. "Please remember that this is a prediction and not a certain event. Potential observers may witness nothing at all but their negative observations will still contribute to our understanding of meteor activity and help us accurately inform the public of other upcoming events."