The "50 Days of Love" festivities began on June 21 and will continue through August 10. This week is all about Independence Day and the seven signatories of the Declaration of Independence from Virginia.

As part of the 50th anniversary of "Virginia Is for Lovers," the Commonwealth of Virginia is celebrating with 50 Years of Love! And this week, in honor of the 243rd anniversary of the signing of the Declaration of Independence, Virginia's celebrating its very own signatories!

Did you know that seven of the 56 people who signed the Declaration of Independence were from Virginia? George Wythe, Richard Henry Lee, Francis Lightfoot Lee, Thomas Nelson, Jr., Benjamin Harrison V, Carter Braxton, and Thomas Jefferson! 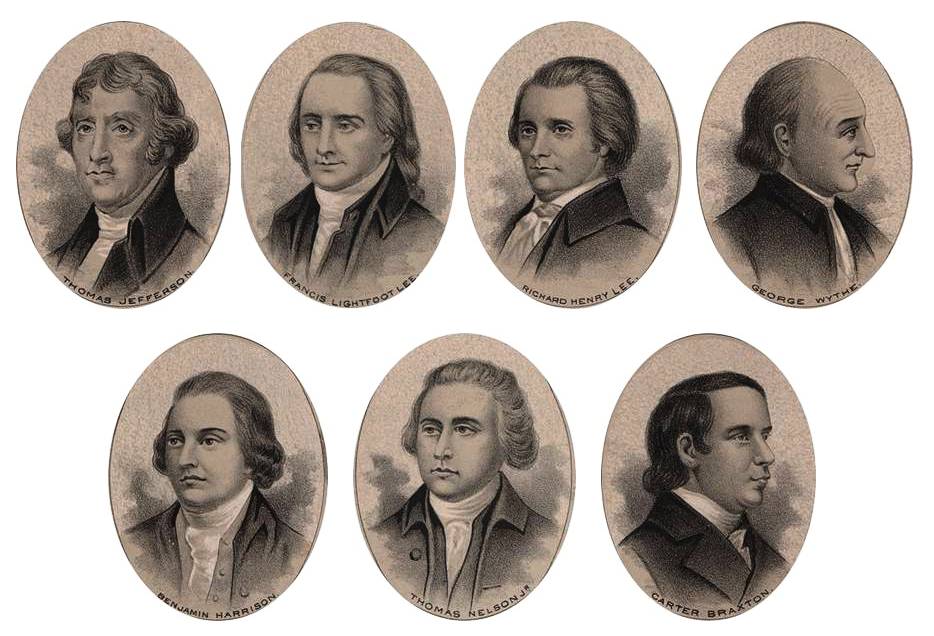 Well, those seven brave patriots’ Virginia towns are where we’re headed this week to commemorate them and our freedom. Let freedom ring! 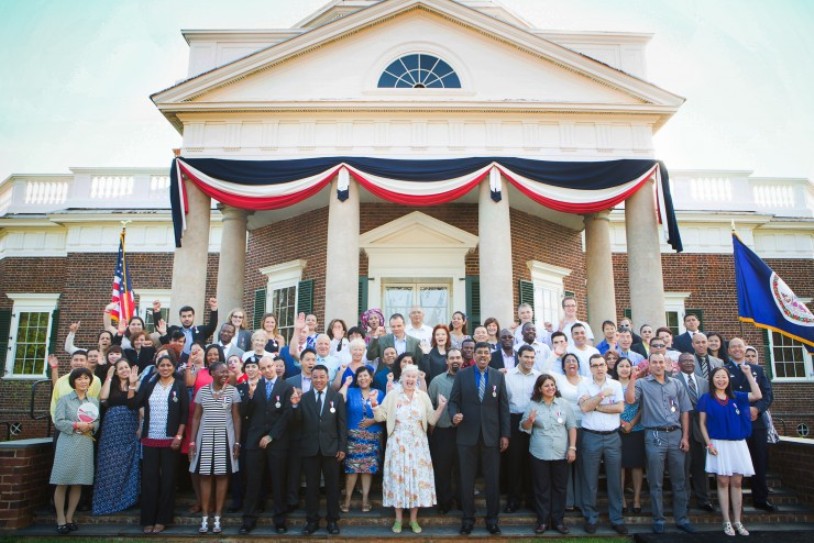 What an amazing experience it would be to take the oath of American citizenship at the home of one of our most influential founding fathers, Thomas Jefferson! The public is welcome to watch more than 70 new American citizens officially take the oath of citizenship at Monticello. This is the nation’s oldest, continuous naturalization ceremony held outside of a courtroom. AND on Independence Day, how monumental is that?

After this amazing ceremony, enjoy the iconic Jeffersonian grounds and gardens, patriotic music, Monticello root beer floats, and more. I think this is probably one of the most patriotic events anyone could possibly attend, EVER!

Courtesy of William and Mary

Menokin is the marital home of one of the only two brothers who signed the Declaration of Independence. Francis Lightfoot Lee was known as “calmness and philosophy itself.” What makes Menokin exceptional and a unique place to visit? It is an active archeological study site and “the most engaging preservation project in America.” Hard hat tours and kayak tours will you give you an inside track to this landmark, which, though virtually unknown to most, remains an important part of our nation’s history.

Not only was it the home of Francis Lightfoot Lee and his wife; the land also belonged to the Rappahannock, a native American tribe. There is a passion to restore this historical landmark, not to its original state, but to a place of honor in the history of our land before and beyond the independence of America (I was fascinated by this reading of the history of the restoration of Menokin, I encourage you to read it, too.) I think we might just run into each other soon at Menokin!

If you’re enjoying your time in Warsaw on Saturday, July 6, you can enjoy the Richmond County Little League’s fireworks celebration at 9 p.m. at the fairgrounds.

Since we're visiting with the Lee family, let's pop over to Stratford Hall, the birth home of the only brothers who signed the Declaration of Independence, Richard Henry Lee and the aforementioned Francis Lightfoot Lee in Stratford, Virginia. 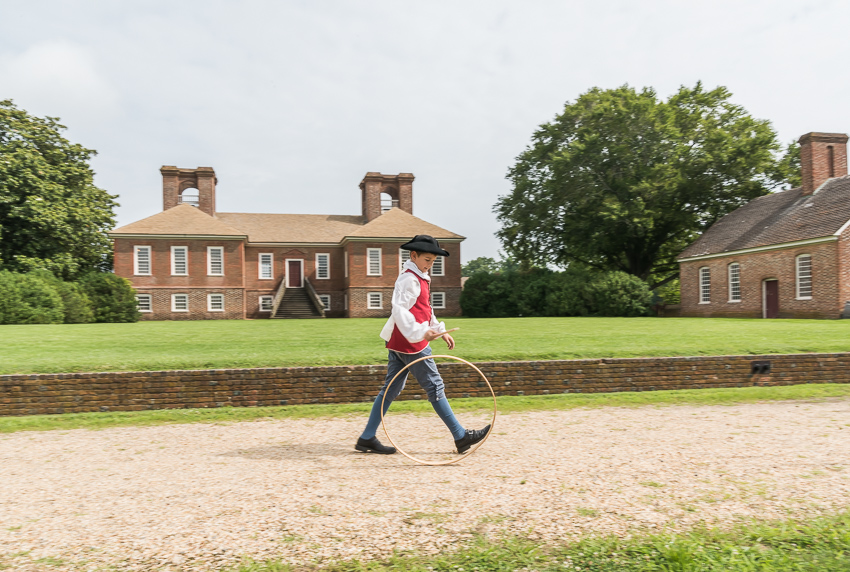 This is a family-friendly event full of fun activities at Stratford Hall's historical great house. From face-painting to arts and crafts to scavenger hunts to colonial games to get your littles in the spirit of Independence Day, this event has it all. Tour the Great House, explore the beach, and take a ride on Teakle’s barrel-train ride for free. 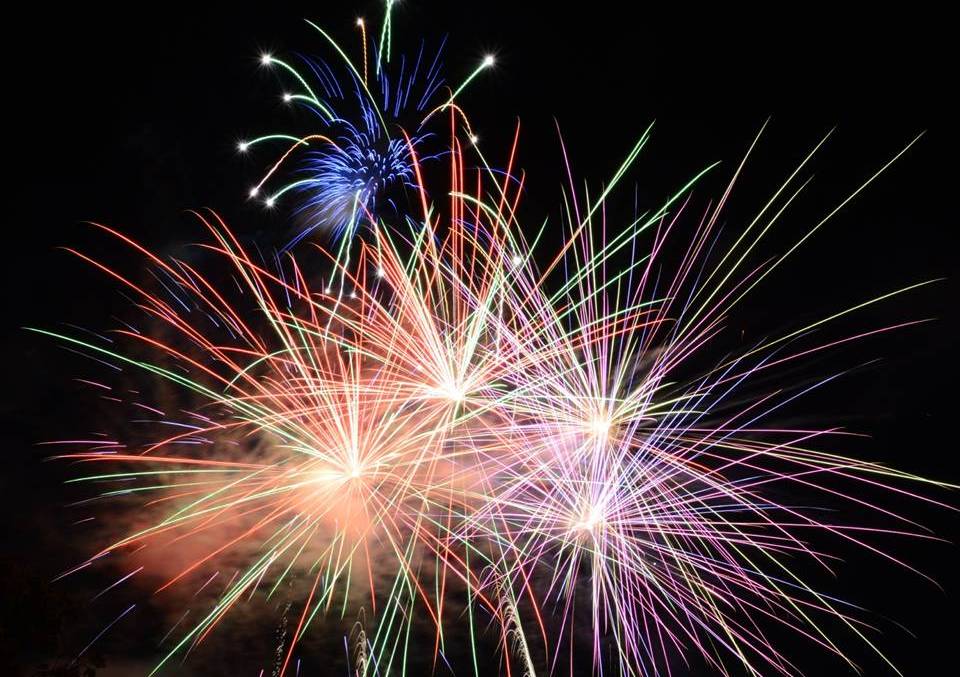 What better way to enjoy such a patriotic event than at one of our country's most historic places? Fort Monroe, located in Hampton, Virginia, is the home of George Wythe and his Chesterville Plantation. Since the plantation is unfortunately but a mere pile of rubble located adjacent to the NASA Langley Research Center, I felt a great way to commemorate George Wythe's contribution to our freedom was at Fort Monroe's Fun and Fireworks event!

The annual ceremony is included in the regular ticket admission. Therefore, prior to the formal ceremony at noon, take advantage of walking through the beautiful gardens and views of the James River as well as guided tours of the manor house, which are hosted by the Daughters of the American Revolution.

Friday, July 5 | Evening Haunting at Berkeley Plantation, 5:30 p.m. | $15 per adult | Reservations are required. Included is a guided tour through the mansion and museum, as well as a self-guided grounds tour.

As the legend goes, the ghosts who are said to haunt the Berkeley are Benjamin's father and his two sisters. Accordingly, they were tragically killed when lightning struck while they tried to close a window during a storm. Benjamin, who was only an infant at that time, was carried to safety by one of his sisters and miraculously survived. The vision of the sister holding her baby brother, William is the ghost which many visitors claim to have seen. What do you think you'll see? Dare you visit? 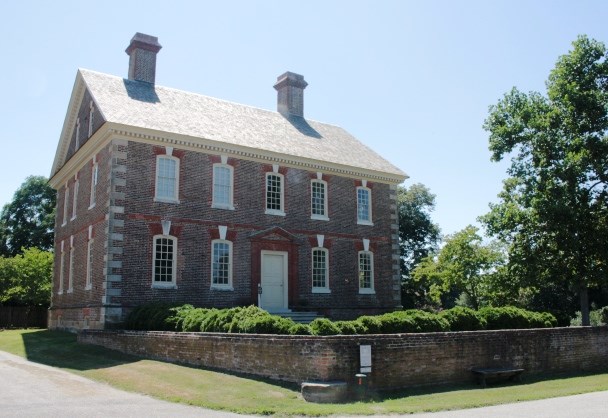 Thomas Nelson's home is considered one of the finest examples of early Georgian architecture in Virginia. Its appearance is simple, balanced, and gives the impression of order and stability. The furnishings in the home are reproductions with several period pieces (none of which belonged to the Nelson family). Informal tours are offered, staff-permitting. Call (757) 898-2410 for more information. 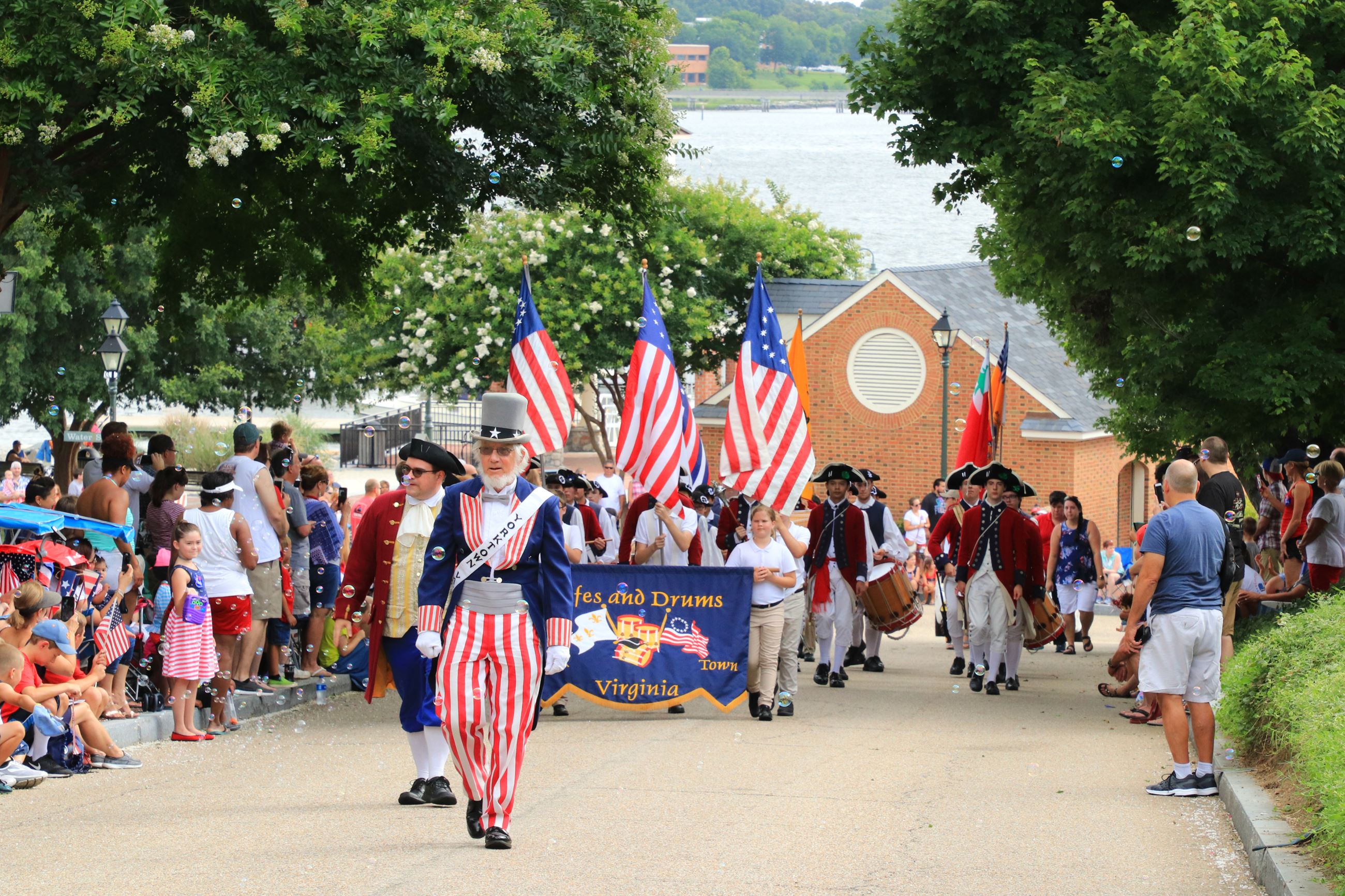 This day includes an 8K and 5K walk/run, a patriotic parade, games and activities, and a jazz band concert with splendid fireworks over the York River to round out the evening. While you're strolling through the streets of Yorktown and enjoying the restaurants and shops, walk over to the Nelson Home and enjoy the architecture and grounds at the very least. Click here for the detailed schedule of events. 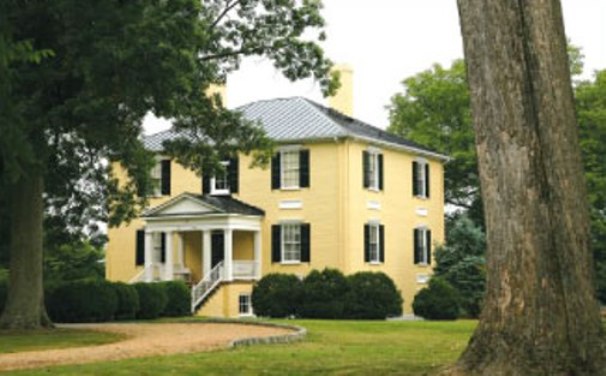 Enjoy a lovely day trip through King William County, which is a little over an hour from both Richmond and Williamsburg to visit the area in which Carter Braxton lived and is buried. Chericoke has remained in the Braxton family since 1757. However, please remember: this is a private residence, so don't go knock on the front door.

Eight miles away is Braxton's stunning former manor home, Elsing Green. Since this estate is available for wedding and special events, you can drive and look at the property. If you're interested in a private viewing of the home, call (804) 769-3416 for more information.

I hope you have a chance to visit at least one of these historical sites. The amount of history that we hold in this great Commonwealth of Virginia is extraordinary. And while we celebrate our 243rd year of freedom, we should take in all that it and the rest of our nation has to offer!! Also, when you're on your journey, don't forget to look for the LOVE and post your photos on social media with the hashtag #ocn.