The third annual Women's March will take to the streets of downtown Denver on January 19. Here's what you need to know ...

Expect to see an influx of pink hats and quippy protest slogans as the Denver Women's March kicks off for its third year on Saturday, January 19. The 2017 and 2018 Women's March movements saw hundreds of thousands of activists flood the streets of Denver and other cities across the U.S. in protest against systemic inequality, calling for action supporting women, minorities, LGBTQ, and other marginalized communities. 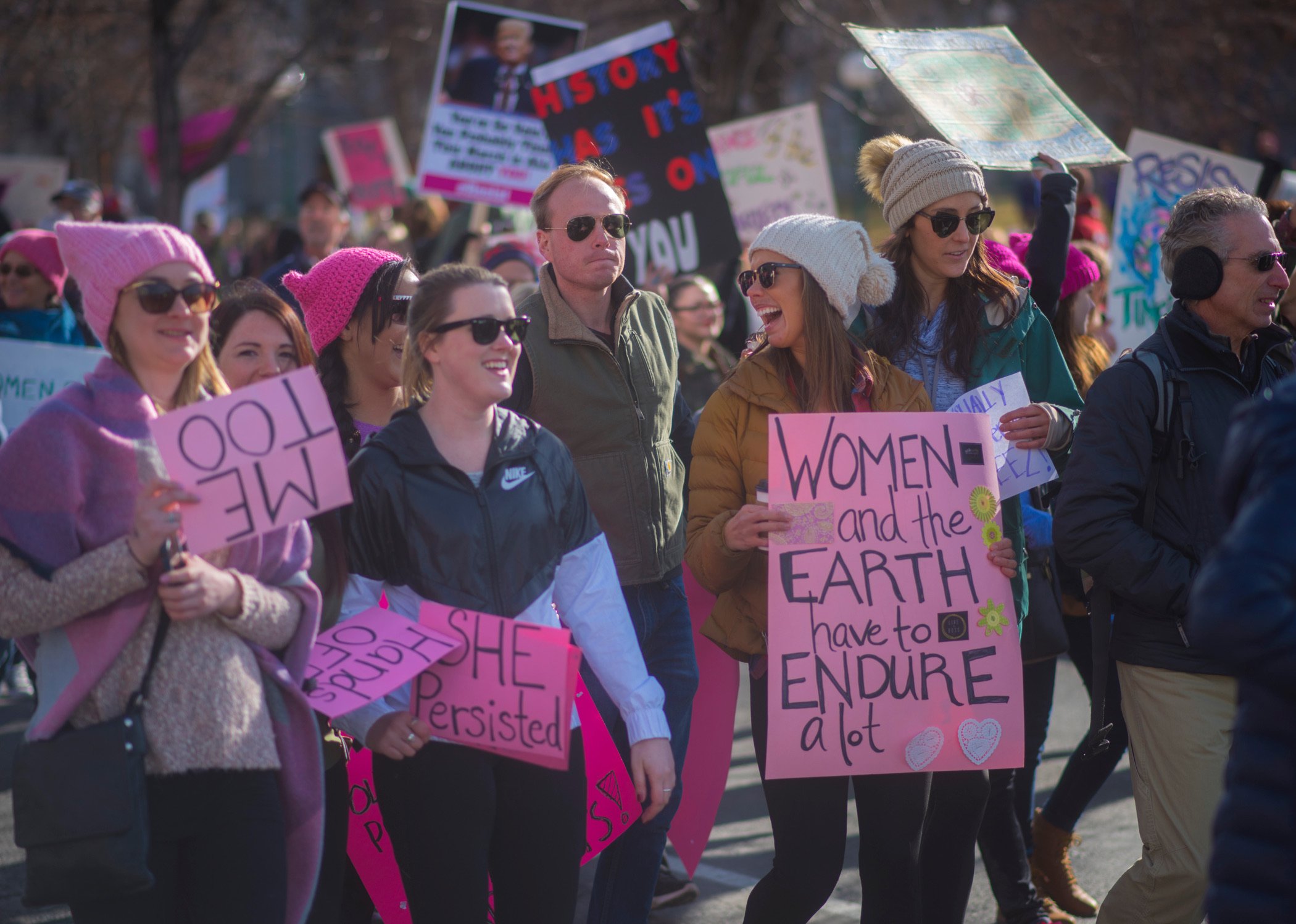 Given the popularity and momentum of the past events, this year's march promises impressive crowds. Here's everything that you need to know!

The march is scheduled for Saturday, January 19, 2019. Participants will gather in Denver's Civic Center Park.

The march will start and end at Denver's Civic Center Park, with a total route distance of one mile. Step-by-step directions can be found on the Women's March website here. Volunteers will be stationed throughout the route in case any of the marchers need assistance. If you're driving in the area during the time of the march, expect traffic delays. 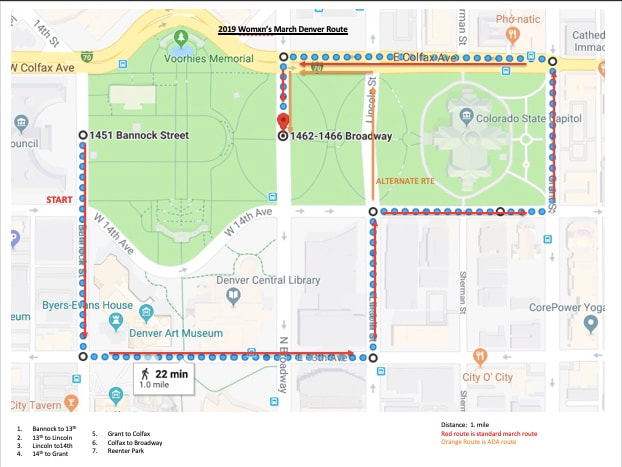 This year, the Denver Women's March revolves around the central theme, "LISTEN. UNITE. ACT.", and even involves a name change, now dubbed the "Womxn's March Denver." According to the organizers, the name change signifies an expansion of the march to recognize LGBTQ communities as well:

"The Women's March Denver is launching today with the 'x' in our name because we believe in equity and we act with purpose to make space for trasn, non-binary, and genderqueer persons in our name."

The RTD will be increasing bus and light rail services throughout the day of the March. View the RTD schedule on their website. If you're coming from Boulder, the YMCA Boulder is also providing buses that will run between Boulder and Denver. Additionally, Lyft is partnering with this year's march, so riders can use promo code WOMXNSMARCH19 for 20 percent off one ride to or from the Civic Center.

Depending on the weather, you'll want to be sure to bring appropriate jackets, hats, gloves, mittens, etc. Don't forget to bring water and your protest signs! Cell phones are welcome and encouraged for sharing experiences on social media, but note that cell service may be limited given the larger concentration of crowds. 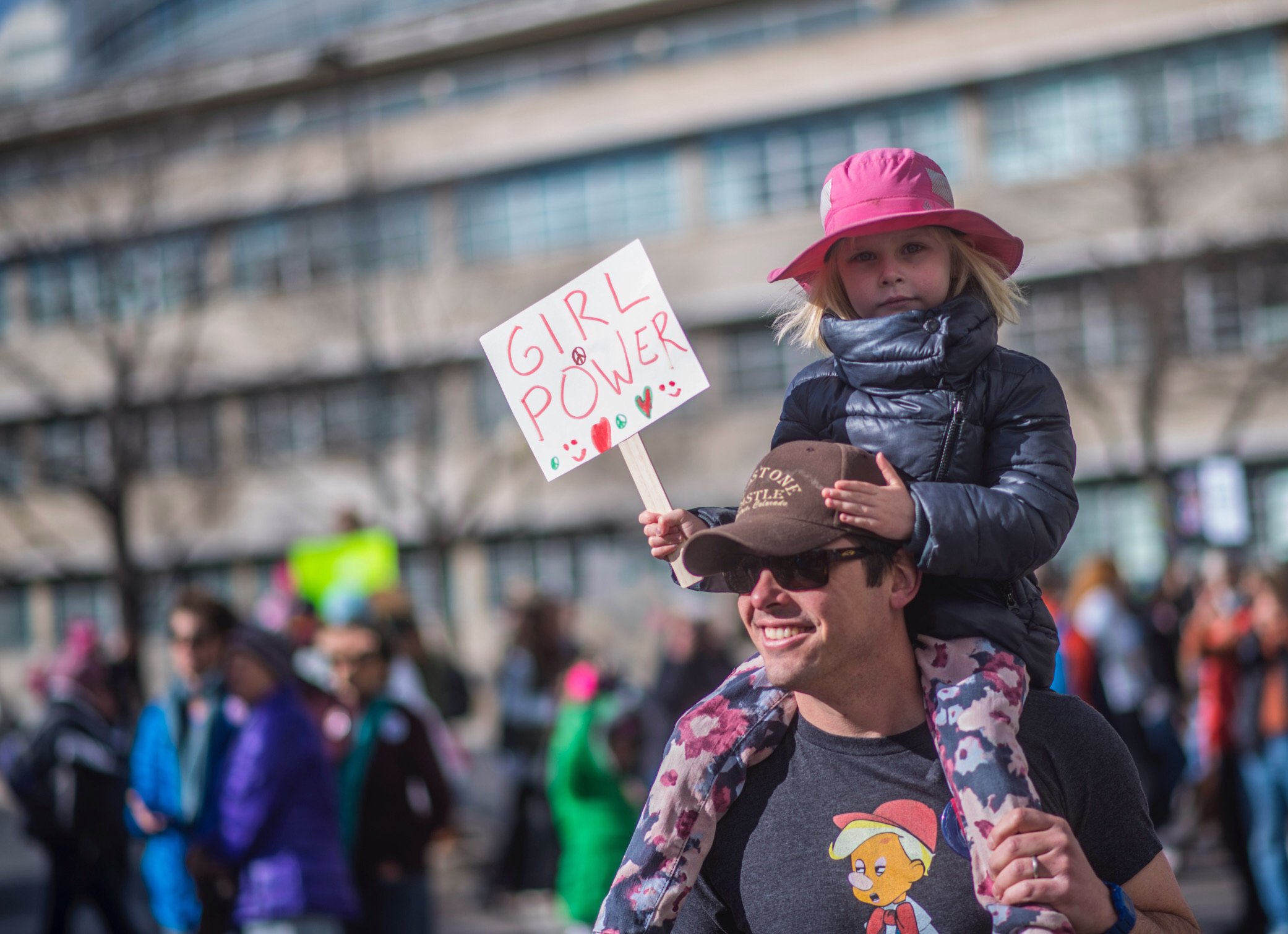 For more details on the 2019 Denver Womxn's March, check out the official website womensmarchdenver.org and Facebook page.

What do you think? Will you be attending this year's Women's March? Let us know in the comments section below.

In other news, the Denver Zoo has a new 'mane' man! Welcome, Tobias!

7 Last-Minute Mother's Day Gifts for Every Type of Mom