Look up, D.C.! Dozens of WWII aircraft will be flying over the District on Friday.

Nearly 70 World War II-era planes will be soaring high over the Potomac River and downtown Washington, D.C., on Friday, September 25, 2020. Vintage aircraft scheduled for the flyover could include planes such as the FG-1D Corsair, the P-51 Mustang Lopes Hope, the FM-2 Wildcat, and the Spitfire.

Designed to honor the 75th anniversary of the end of World War II, the event was organized by the group Arsenal of Democracy. A similar flyover took place in 2015 to commemorate the 70th anniversary of the end of the war. This year’s flyover was originally scheduled for May but was postponed due to COVID-19. If you were in the D.C. and Baltimore areas earlier this year, you may have seen the Blue Angels and Thunderbirds flyover that honored essential workers. 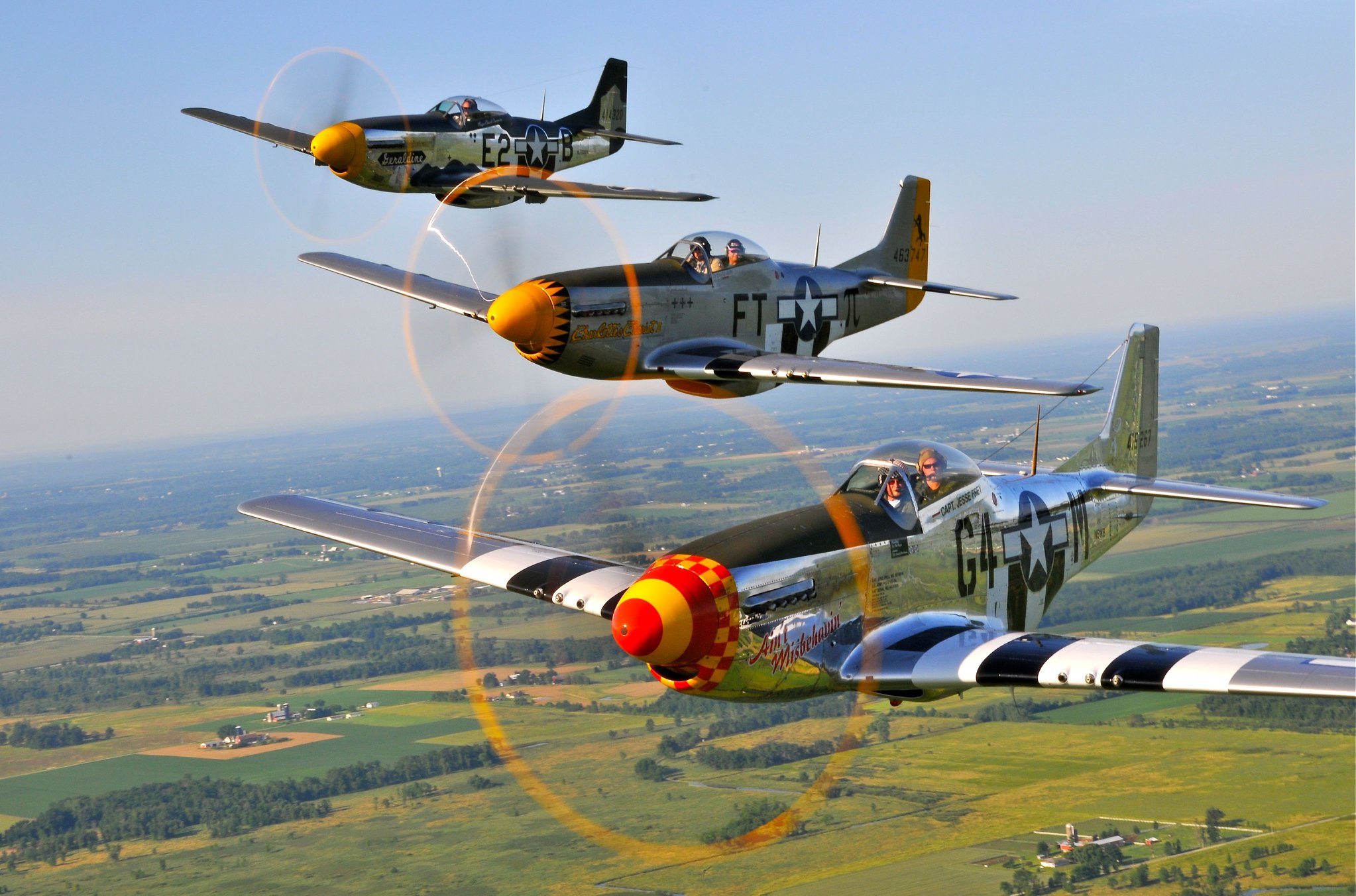 The flyover schedule begins in Northern Virginia before proceeding over the Potomac and heading east over Independence Avenue and along the National Mall. Then, they’ll turn around near the U.S. Capitol and fly back to their original airports. The first flyover formation is scheduled to pass the Lincoln Memorial around 11:30 a.m.

Each aircraft formation will represent a battle that took place in WWII. It ends with the Missing Man formation, which is when one of the planes breaks formation and soars toward the sky. This tradition dates to World War II.

Spectators are encouraged to practice social distancing guidelines. Some of the best places to watch include the National Mall, the Key Bridge, and the waterfront in Old Town Alexandria. If you can’t be in D.C. in person, visit the Arsenal of Democracy Flyover Facebook page or website.

Are you planning to watch the fly-over? Did you see the Blue Angels and Thunderbirds flyover earlier this year? Let us know in the comments.

Bands & Brews on the Boulevard Coming This Weekend

Road Closures for Bands & Brews on the Boulevard