Because your life deserves a little drama ...

Summer vacations are over, and if you are a parent of teenage kids you can almost sense the dull and dreary vibes at home. The kids have become more lethargic than ever, and you are probably wondering how and why this summer vacation flew by. The good news is that there is a lot you can do in the coming months that can cheer you and the entire family up.

My quest for things to do with the entire family continues even after the summer vacation ends. During the last weekend of my kids' summer vacation, the seven of us (wife, four kids, and my mother) saw Mamma Mia at the Hayfield Auditorium. The right play at the right theater can be an exhilarating experience for all, as I saw my daughters and my mother tapping their feet to the beat of Abba’s timeless music. It was liberating to see my children enjoying music that sounds like music.

The theater, I believe, is not just entertainment; it is an investment in "cultural capital." Cultural capital is a term developed and popularized by late-20th-century French sociologist Pierre Bourdieu. It is an effort to gather more knowledge, behaviors, and skills through the rich experiences that society can offer. It elevates your social standing in society, from a cultural refinement point of view.

Developing a love for theater in children is also an essential part of getting them ready for the real world. No matter what career they choose, presentations and public speaking these days has become a vital tool for success in professional life. You cannot run away from it, and theater does not just prepare you for public speaking or presentations—it makes you enjoy this seemingly nerve-racking part of professional life.

The great thing about living in the DMV region is that you don’t have to spend $100 per ticket to enjoy great theater. There are a plethora of plays and wonderful theaters in the region that you can enjoy for less than $50. Here are the top six plays that will warm your heart, set fire to your soul, make your belly ache with laughter, and still not hurt your wallet. 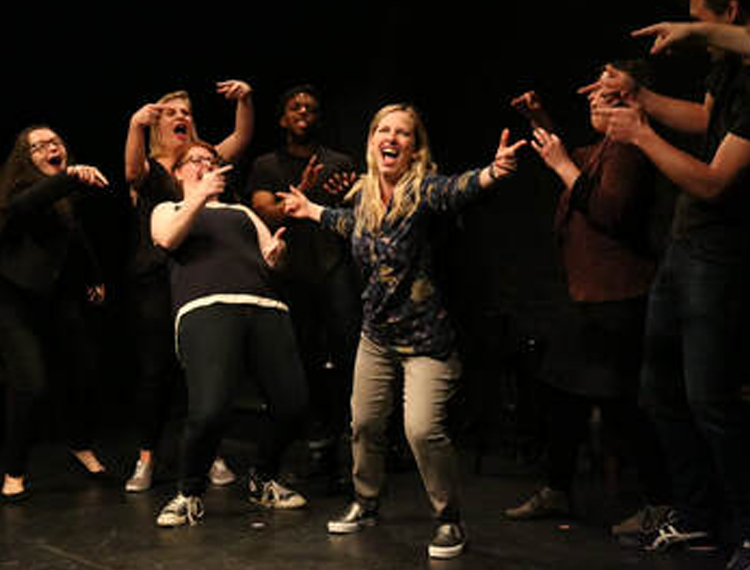 Life and Death with Washington Improv Theater is the most fun you will have at a funeral. It will either keep you in fits of laughter or it will make you reflect on life—sometimes both at the same time. The show improvises a funeral based on the final wishes of a member of the audience.

Spooky Action Theater (SAT) is a relatively young theater company that has been entertaining and enthralling the audience in a bold, collaborative way that is true to their core. It is located in the historic U Street corridor of Washington, D.C.

The first two performance evenings of every production are Pay-What-You-Can (PWYC) performances: Pay What You Can performance tickets can be reserved for $10 each. Remaining seats can be purchased for any cash price at the door beginning one hour prior to curtain. Student Admission is $20 with a valid Student ID. Thursdays and Sundays—$30; Fridays and Saturdays—$40.

Courtesy of Round House Theater

Directed by Ryan Rilette and Jared Mezzocchi, Simon Stephen’s beloved Tony and Olivier Award-winning adaptation of Mark Haddon’s bestselling novel has landed on the November to December calendar of the legendary Round House Theatre in D.C.

The Curious Incident of the Dog in the Night-Time has all the right ingredients for a family night out—murder, mystery, mayhem, and math. It is visually dazzling and a story to die for (pun intended).

It is being staged at the legendary Round House Theatre. You can find $40 tickets but at the risk of sounding redundant, we strongly encourage booking in advance. Ticket prices increase as performances get nearer and fill up. The show is expected to run from Nov. 20 through Dec. 22, 2019. 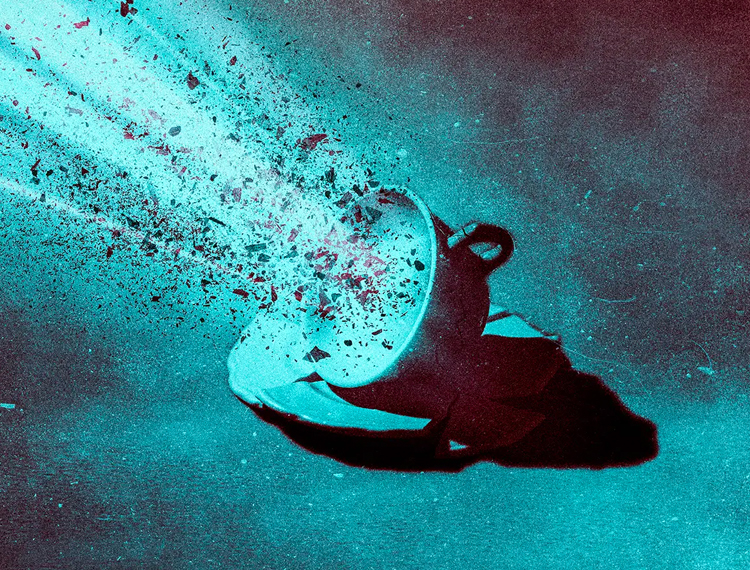 Renowned D.C. actress Holly Twyford directs the Washington premiere of this dazzling and inventive masterpiece. Written by Caryl Churchill (Cloud 9, Top Girls) who is recognized today as one of the most influential playwrights of modern times, Escaped Alone comes with a dash of apocalyptic horror. The story revolves around three friends who are joined by a neighbor in a serene British garden. As simple as it sounds, it is a classic story where all is not what it seems.

This caustically funny and surreal afternoon of tea and calamity is Caryl Churchill’s Signature debut. One of D.C.’s most revered venues, Signature Theatre is a Tony Award®-winning, nonprofit professional theater company. Signature describes its mission as "to produce contemporary musicals and plays, reinvent classic musicals, develop new work, and reach its community through engaging educational and outreach opportunities." The play runs from September 24 to November 3, 2019. And yes you can find below $50 tickets if you book now. 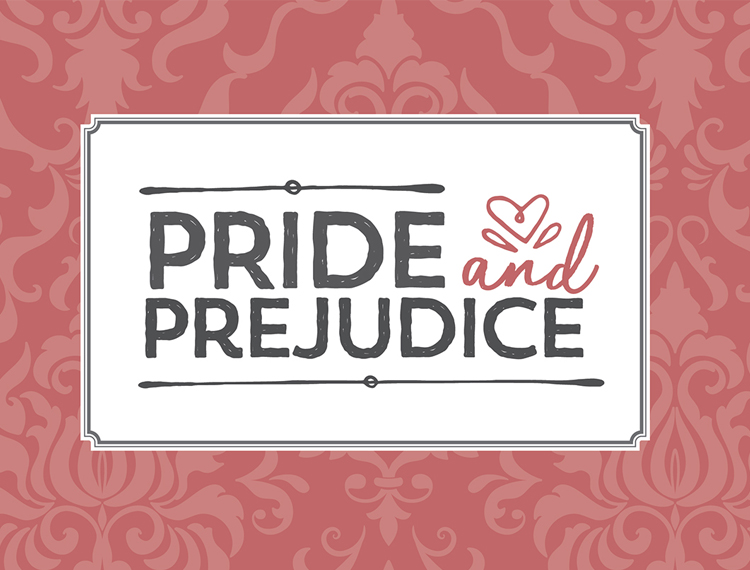 Courtesy of Next Stop Theatre

This one is highly recommended if you have teenage children. This is a perfect life lesson as Mr. Darcy sets the bar for the boys on how to behave with girls and for girls on what to look for in boys. Not to forget the inspiring characterization of Elizabeth Bennet that will keep your teens off their mobile devices for over an hour, guaranteed. Not because they have to but because they will want to. Adapted from the evergreen novel by Jane Austen and directed by Kate Hamill, this adaptation of possibly literature’s greatest tale of unobtrusive love gets a fresh theatrical twist in this vivacious new adaptation.

Centrally located in a warehouse at the intersection of Fairfax County Parkway, Sunset Hills Road, and Dulles Airport Toll Road on the border between Reston and Herndon, Next Stop Theatre gives you the incredible experience of gathering with your friends and neighbors for live theatre in the suburbs. Tickets range from $35 to $50. 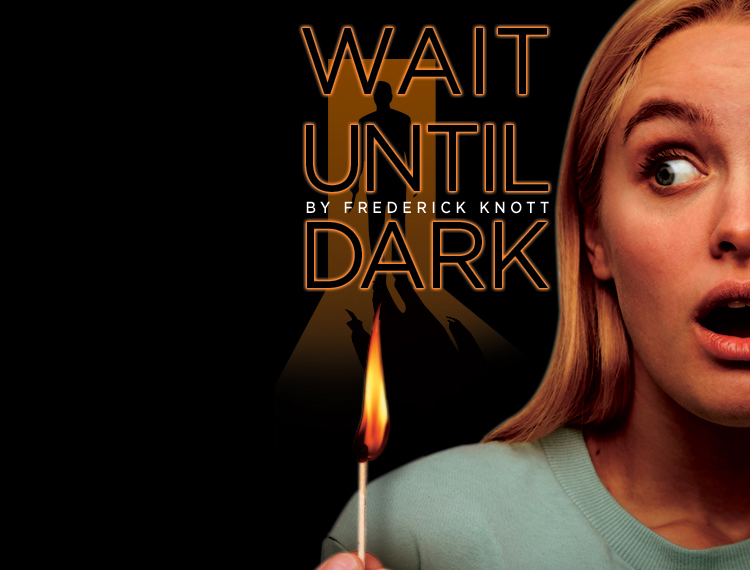 This funny, fast-paced, edge-of-your-seat thriller is the drama you and your family need in life. Wait Until Dark by Frederick Knott and adapted by Jeffrey Hatcher is one of the best entertainment in Virginia during September. This is the story of Susan who discovers that her blindness turns out to be her biggest strength as she plays out a game of cat and mouse with her tormentors. This fresh adaptation of Frederick Knott’s original intriguing mystery will keep you on the edge of your seats and screaming for more as the climax builds up to an unexpected conclusion.

Playing at the nation's longest-running professional venue, Barter Theatre is located in Abingdon, Virginia. Barter Theatre opened on June 10, 1933, and since then has been making waves. In the middle of The Great Depression, Robert Porterfield, founder of the theatre, offered locals to attend shows by paying for admission by bartering food, livestock, or other goods. For 40 cents or the equivalent in bartered goods, anyone could see a show. Tickets start from $38, and there are special discounts for students. 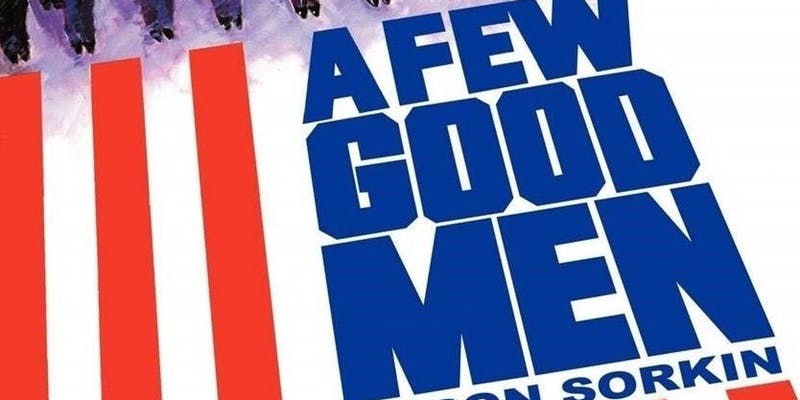 Aaron Sorkin, also famous for The American President and Malice, received the prestigious Outer Critics Circle award as Outstanding American Playwright for A Few Good Men. The play led to one of the most successful dramas on celluloid with few of the most well-known lines ever spoken on stage as well as in movies, “You can’t handle the truth” being one. In case you are not aware, A Few Good Men is the story of two Marines accused of killing a fellow Marine. Apparently, the idea of the plot came from Aaron’s sister Deborah who was a Navy Judge Advocate General lawyer sent to Guantanamo Bay on a case involving Marines accused of killing a fellow Marine.

Directed by Todd Starkey, A Few Good Men is being presented by Tidewater Players, the resident community theatre based in the beautiful and historic town of Havre de Grace, Maryland. It is being hosted at the newly expanded and refurbished new Cultural Center at the Opera House at 121 N. Union Avenue, Havre de Grace. Tickets range from $20 to $22.

Bonus Tips: We strongly encourage booking in advance. Ticket prices increase as performances get nearer and fill up.

Most theaters offer student discount (make sure you bring your ID). Senior and veterans discounts are also offered by many. Some theaters also offer Open-Caption Performance.

Have you acted in a play before? Any plays you would want to recommend? Tell us more in the comments section.