5 Famous Movie Cars We Wish We Could Own

5 Famous Movie Cars We Wish We Could Own

Hollywood has given us supercars, speedsters, and time-traveling concept cars. Here are five we wish we could own.

Whether it’s British style, Italian design, or a lovable German icon, Hollywood has given us plenty of cars to drool over, hang on our walls, and basically wish we owned. Spies, speedsters, and hookers with hearts of gold can all agree. When it comes to movie cars, we all have one or two (or 20) we wish we could own. 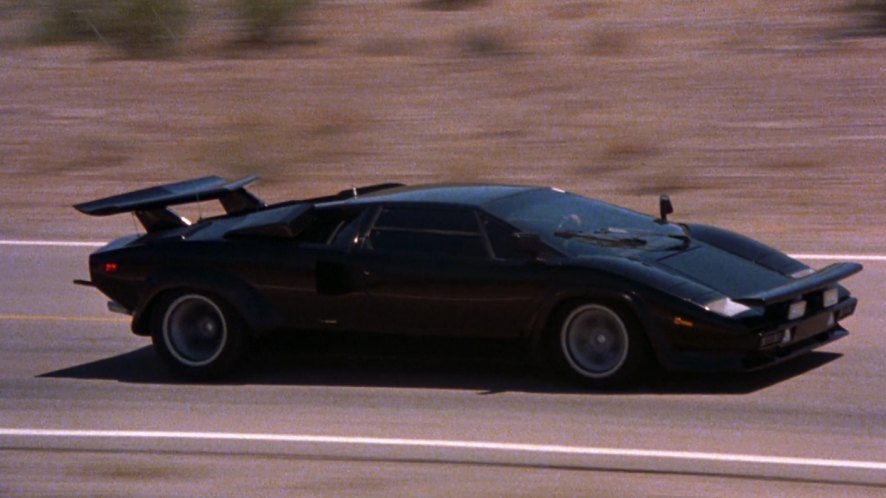 Exotic Italian design can’t be mistaken in the low-slung body, sleek lines, and iconic wedge shape of the Lamborghini Countach LP400S. Plus, you just can’t forget a car with doors like that. “Lambo doors” became the go-to term for vertically opening scissor doors, as the Countach was the first produced car to have them.

Based on a real, albeit illegal, cross-country race that starts in Connecticut and ends in Redondo Beach, California, the 20th Century Fox film stars a host of Hollywood heavy-hitters that include Burt Reynolds, Dom DeLuise, Roger Moore, Jackie Chan, Dean Martin, Farrah Fawcett, and more.

The Lambo’s drivers, Marcie and Jill (Adrienne Barbeau and Tara Buckman, respectively), use their good looks to their advantage to finagle their way out of speeding tickets as they race across the country. They end up winning the race, and the Lambo ends up on every teenager's wall in America.

Great Scott! We might have a theme here with the swing-up doors. While the aforementioned Lambo flew across the desert, this stainless-steel DeLorean literally flies … through the air (and time, but that’s a different matter). While DeLorean Motor Company might not actually use a flux capacitor in its vehicles, we all kinda wish it did. 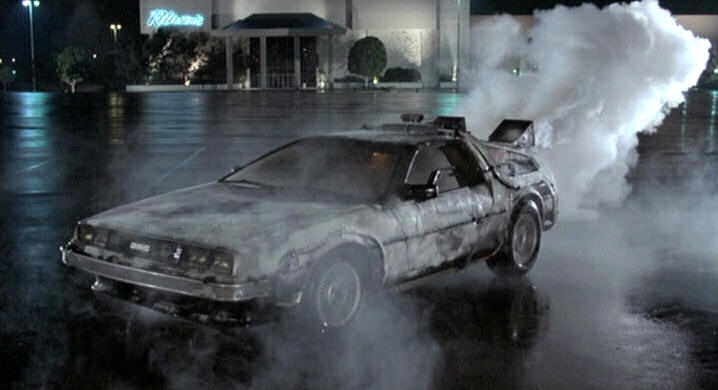 Michael J. Fox and Christopher Lloyd star as Marty McFly and Doc Brown in Steven Spielberg’s 1985 blockbuster, as well as two sequels that took us to the future (2015, to be exact) and back to the Wild West.

DeLorean Motor Company was founded by John DeLorean in 1975, had headquarters in Detroit, Michigan, and went bankrupt in 1982. The car is well-known as the biggest failure in automotive history, but many of us still would like to own one. DeLorean apparently has an engraving of the car on his headstone (gull-wing doors open). 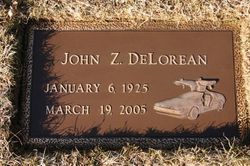 Want to see a real-life DeLorean? Visit the Francisco family’s showroom on the 6100 block of Lakeside Avenue (a former Esso station) in Richmond, Virginia. They have a rotating display of vintage cars that includes the DeLorean as well as a ’69 Lotus Europa, a Model T, and others. 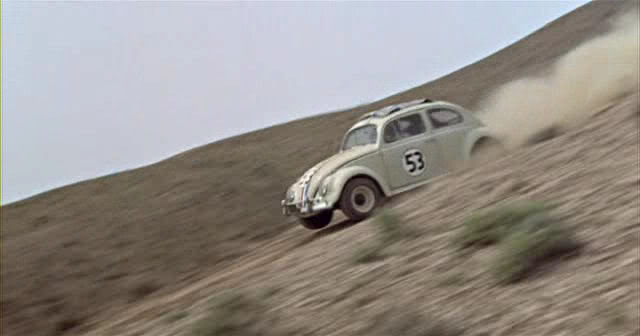 Super-cute and speedy, too, Herbie the Love Bug is an iconic example of automotive adoration with his pearl white paint, fabric sunroof, large number 53, and red, white, and blue racing stripes. The movie starred Buddy Hackett and Dean Jones as Herbie’s driver.

Way before The Hoff conversed with K.I.T.T., Herbie was showing off his nearly human, and completely comedic, personality. Disney’s 1968 comedy was the final live-action film authorized by Walt Disney himself. It was the second-biggest film in Disney history at that time (a certain perfectly proper nanny was number one).

Several cars were used in the film due to the many stunts and trick shots. Only a few still survive. In the original movie, Herbie was not a “branded” car. There was no VW logo to be seen. By the time the sequels came around, however, VW was completely on board. Come on, don’t we all want a VW Beetle?

Wouldn’t we all like to own James Bond’s classic Aston Martin? Driven by every Bond from Connery and Moore to Brosnan and Craig (Dalton drove a V-8 Vantage Volante in The Living Daylights), it first appeared in Goldfinger and has been seen in Thunderball, Tomorrow Never Dies, Casino Royale, Goldeneye, and Skyfall. 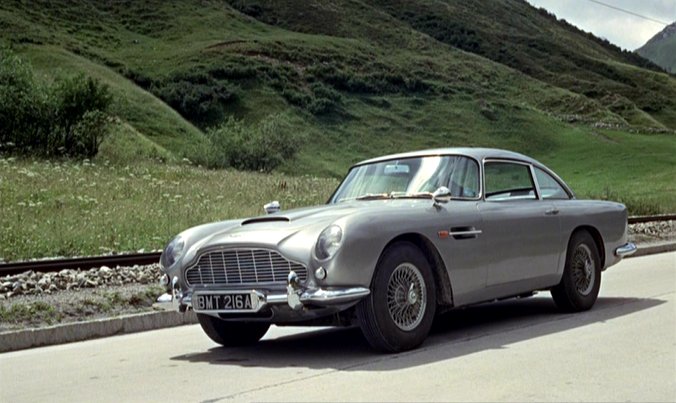 The famous sports car features Italian design in a British luxury performance coupe built for high speed and long-distance driving. Then there are the gadgets … ejection seats, machine guns, tire-slashing hubcaps, and poison darts. What's not to love?

Speaking of cool gadgets, I have to mention the submarine car from The Spy Who Loved Me. A car that’s also a sub is probably the coolest of them all. Known as Wet Nelly, it was custom-built in the shape of a 1976 Lotus Esprit SI. Built by Perry Oceanographic, it’s currently owned by Elon Musk, so don’t get to wishing too hard for ownership. 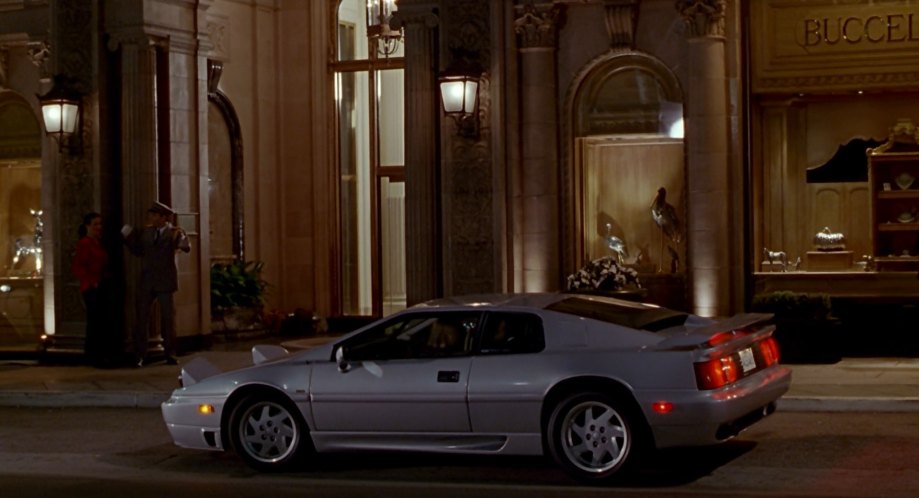 A car that “corners like it’s on rails” has to go on our list. The British-designed Lotus Esprit SE is known for its light weight and great handling (hence that cool quote). The supercar stands out with its square taillights and extremely pointed body. A silver Lotus was chosen for the Touchstone Pictures movie after Porsche and Ferrari declined the offer for product placement.

As the story goes, Edward Lewis (Richard Gere) leaves a party in his lawyer’s (Jason Alexander) car, which turns out to be a stick-shift that he can’t drive. Screeching gears and several bumpy start-and-go attempts later, he hands the wheel over to Vivian (Julia Roberts) who actually knows how to drive it. It does have a “standard H-pattern,” after all.

Do you have a favorite movie car? Did we mention it above? Let us know in the comments.

Maryland's Delfest Has Been Canceled for 2021