Hercule Poirot, our favorite Belgian detective, returns to the big screen in 2020!

In 2017, Detective Hercule Poirot took us for a wild ride while solving the Murder on the Orient Express. Now he’s back in 2020 with a sequel in Death on the Nile, which takes place while he’s on vacation in Egypt, touring along the Nile River. (Since our vacationing days are over for a while, we’ll live vicariously through you, Poirot.)

Murder was just the beginning. Watch the new trailer for Death on the Nile, in theaters this October 23. pic.twitter.com/mGfCLeCAVv

The screenwriter and director for the sequel are the same talented duo who brought us Murder on the Orient Express—Michael Green and Kenneth Branagh. Green was nominated for an Oscar in the category of Best Adapted Screenplay for the movie, Logan. Branagh, who plays the role of Detective Poirot, has been nominated for an Oscar four times, including the categories of Best Director (Henry V) and Best Writing (Hamlet).

The rest of the cast features some of the biggest names in Hollywood, including Gal Gadot from Wonder Woman, Letitia Wright from Black Panther, Armie Hammer from The Social Network, Rose Leslie from Game of Thrones, Sophie Okonedo from Hotel Rwanda, and several other Hollywood stars. 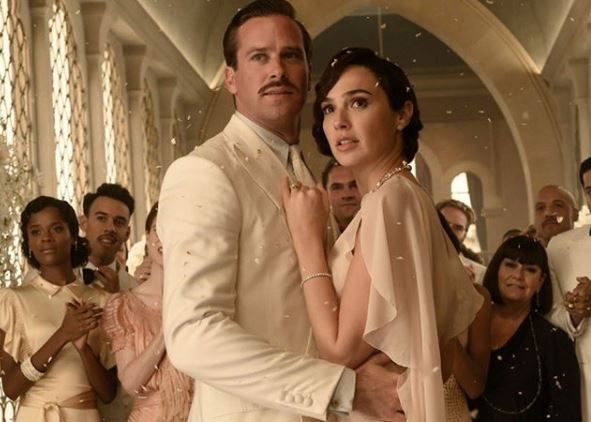 Previous film adaptations of Agatha Christie's Death on the Nile include the 1979 Oscar winner for Best Costume Design.

We're excited to see Branagh and Green's rendition of Death on the Nile in theaters on October 23! To keep up-to-date with the latest movie updates, make sure to follow Death on the Nile's Facebook, Instagram, and Twitter pages.

Are you excited to see the sequel to Murder on the Orient Express? What's your favorite Agatha Christie adaptation? Let us know in the comments below!