Get your movie deals while you can!

Twice a year, the Criterion Collection holds a site-wide flash sale. The rare sale lasts for 24 hours, 50% off all in-stock Blu-Rays and DVDs. Whether you're a cinephile, a casual fan, or just really want to see Laura Dern in her breakout role, there's something for everyone. You don't need to be a film buff to know that 50% is a hell of a deal.

There are hundreds of other options on Criterion's website, but the flash sale ends at noon ET on February 24, 2021, so head over there as soon as you can! 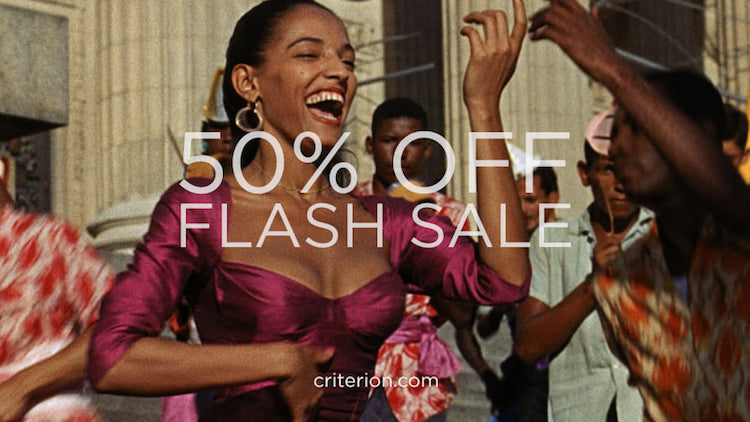 If you're not familiar with Criterion, but would love to get in on the action, there are several popular and acclaimed movies you could buy to help ease these late winter nights. Here's our quick list of movie suggestions:

12 Angry Men: The 1957 classic, about 12 jurors deciding the life-or-death fate of a Puerto Rican teenager charged with murdering his father, "plays out over a tense afternoon in one sweltering room." It's a fascinating film about groupthink and the power of one dissenting voice, powerful, enthralling, and sharply witty.

Picnic at Hanging Rock: This stunning, gauzy film, about a group of Australian schoolgirls who go missing in the Outback, is a mystical mystery for the ages.

Rebecca: Hitchock directed this first film adaptation of the Daphne du Maurier novel, released two years after the novel's 1938 debut. This "legendary collaboration ... took home the Academy Awards for best picture and best cinematography," and is said to be a mesmerizing masterpiece.

The Royal Tenenbaums: If you're craving something more modern, idiosyncratic director Wes Anderson's Tenenbaums is a sharp, sweet, funny look at a dysfunctional family.

The Importance of Being Earnest: Want something you can watch with your family? Check out the consistently charming Oscar Wilde adaptation about "two young women who think themselves engaged to the same nonexistent man."

Let us know in the comments which movies you buy—and happy watching!

Power outages reach 425,000 with wind gusts of 80 miles per hour. Schools are closing and there are delays on the MBTA