The classic movie ain't all fiction ...

The 1996 horror movie Scream has become a staple in the horror movie lineup, and for a good reason. When the movie was first released, it made $173 million at the box office, making it one of the highest-earning slasher films of all time. Scream is also often credited with bringing back the horror film genre, becoming an instant cult classic!

What some may not know, however, is that the original screenplay was inspired by a true-life crime that happened in Gainesville, Florida. Kevin Williamson wrote the story, originally titled Scary Movie, and based the plot loosely on the 1990 case of the Gainesville Ripper.

Danny Rolling was a serial killer who was born and raised in Shreveport, Louisiana, in 1954. His father was a police officer who abused his mother. Rolling spent time in and out of trouble in his youth with several arrests for robberies; he was also caught spying on women as they changed. In 1990, he tried to kill his father, succeeding only in taking the man’s eye and ear.

Rolling would commit the crime that inspired the Scream movie just a few months after the murder attempt on his father. He headed to Gainesville, Florida, and went on a grisly crime spree. Over four days in August 1990, he would stalk, stab, and kill five college students—four females, one male. His pattern was the same; breaking into apartments while residents were asleep, stabbing them in their beds. He raped the women before killing them. His male victim, a roommate of one of the girls, was killed in his bed after being awoken by the attack.

Rolling mutilated his female victims after raping and killing them, leaving severed heads and corpses staged in lewd sexual positions for authorities to find. Rolling was arrested a month later for a burglary charge in nearby Ocala, and after a time, became a suspect in the Gainsville murders. DNA evidence eventually matched him to the crimes and he was formally charged with several counts of murder. 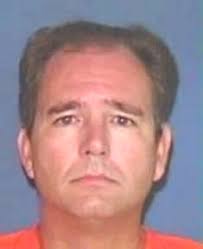 Rolling pled guilty to his crimes in 1994, explaining that he wanted to become famous like Ted Bundy. After his confession for the Gainesville murders, Rolling admitted to killing three people in Shreveport in a similar way to the Gainesville crimes. Rolling was executed by lethal injection in the Florida State Prison on October 25, 2006.

Kevin Williamson was watching a news story about the Gainesville Ripper, and as he watched, he looked around his own home, realizing how easily someone could come in and surprise him. After that experience, he began to write a screenplay.

Williamson was inspired by the horrible nature of the crimes; however, he was not trying to tell the story of them. The movie has gone on to inspire several other sequels—and plenty of pop culture references. But none of the subsequent films achieved the level of success as the first.

In the movie, the killers are out for revenge. In real life, Rolling’s crimes were random and a matter of accessibility.

Are you a fan of the Scream movie franchise? Did you know the story was influenced by a real-life crime spree? Comment below.