Join me in a Halloween horror movie adventure …

I LOVE Halloween. I also love scary movies. Makes sense. Well, every year for the past five years, I have enjoyed a new tradition of watching a new (to me) scary movie every day in the month of October (the last four days being an exception, when I watch my go-to Halloween movies). This year, I want you along for the ride.

Every week, I will give you a taste of what I watch with reviews of the movies, so you can decide if you want to watch them. I’ll also include where you can find them if you take that leap. Sound good? Awesome. Let’s begin, then! Here are my reviews for the first three films.

(Also, there may be mild spoilers in these reviews, so consider this your official SPOILER ALERT.) 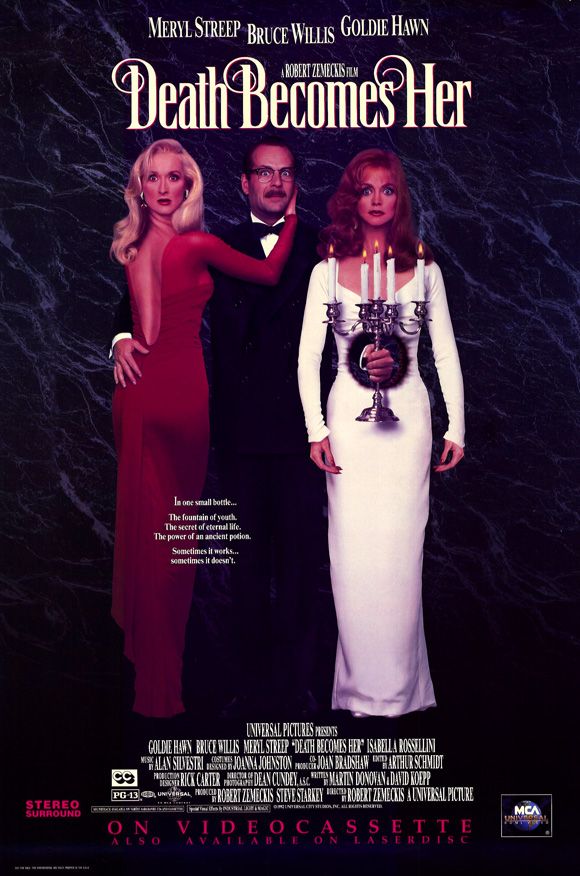 I’ve always wanted to see this one, and I’m very glad my fiancé was able to find it. If you’ve never seen it, it might not seem like your garden-variety scary movie. And it’s not, at all—scary, that is. But I don’t think it’s supposed to be. It’s a comedy with horror elements mixed in. I mean, the word “death” is in the title, so you would expect some dark themes. But with a cast like Meryl Streep, Bruce Willis, and Goldie Hawn, where can you go wrong in any element? Streep and Hawn play childhood frenemies, and Bruce Willis is the man that comes between them. Reads more like a romantic drama, doesn’t it? Not even close! Bruce Willis does comedy well, and I’m surprised he hasn’t done more films in that genre (Yes, I am aware of his guest role in Friends for a number of episodes, but that’s television so it doesn’t count). This movie in particular has Willis in the role of a nerdy guy who just wants to be happy with his life, and regrets his choices after his wife (Streep) and his ex (Hawn) have a fight over him that turns deadly.

The visual effects in this movie are pretty good for the early ’90s, and the direction is great. While it has its atmospherically spooky moments, it is at its heart a comedy, and never goes away from that. If you’re in the mood for a story involving murder plots, obsessive vanity, a little bit of ancient magic (yep, that’s there too), all framed in a wonderfully hilarious way, then give this film a go.

(All reviews henceforth will be rated on the pumpkin scale.) 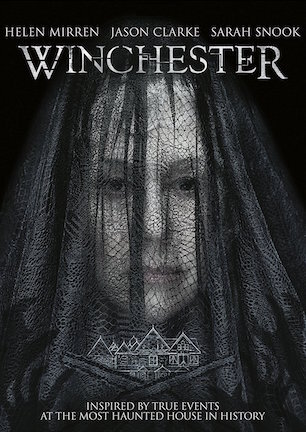 I don’t recall when I first heard about the Winchester House, but I do remember that when I did, I wanted to go there. This movie helped with that. While it has the classic atmosphere and old tropes commonly seen in your typical haunted house fare, the manner of execution is what really matters, as well as the story. We are first introduced to a psychiatrist with a substance abuse problem, who is recruited by the Winchester Repeating Arms Company to conduct an evaluation of the heir to the estate: Mrs. Winchester. In real life, Winchester regretted the legacy of the famous rifle, and after her husband died, she kept adding random additions to her house in order to appease the ghosts left behind by those killed by the gun. Because of this, the film has a doctor recruited to assess her mental state. Then things get crazy.

The words “based on actual events” rarely bode well for horror movies, and often give us certain expectations going in. In this case, it merely provides the basis for a concept. The movie takes a historical event and runs with it, turning it into a classic ghost story. I really enjoyed it, and not just because Dame Helen Mirren (playing Mrs. Winchester) is an international treasure and makes every film she’s in amazing. As cliché as some elements are presented, and as formulaic as the story is, it is a fun ride. And the ending is a satisfying one, if you ignore the final shot before the credits roll (this might ruin the whole thing for some, but for me it was just annoying and disappointing). 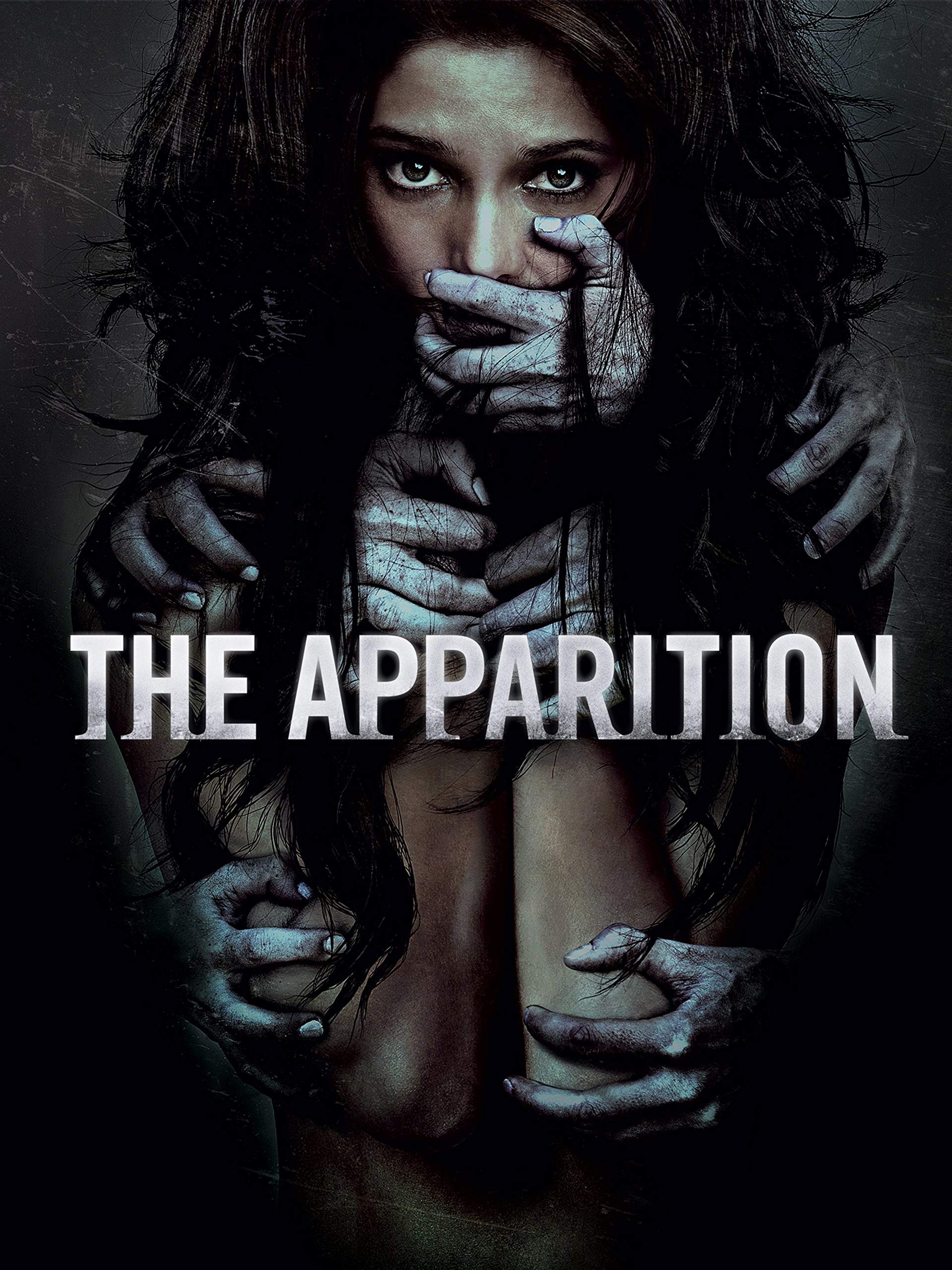 Where do I start with this one? Well, it stars post-Harry Potter Tom Felton and pre-Winter Soldier Sebastian Stan, so it has that going for it. Unfortunately, that might be it. The movie starts off interesting enough, with a group of college students conducting an experiment to try and manifest a ghost. The voice-over narration explains that the students are recreating an experiment from the 1970s, where a group of scientists thought that spirits and supernatural beings could cross over into our world if enough people harness some type of energy through collective brain waves (If you believe it, they will come??).

The opening scene gets right to it with the experiment, showing the students filming what happens: once the energy is harnessed, something comes through and a girl ends up getting sucked into the wall. Right out of the gate, it gets you, and then ... you know those downward trending graphs? That’s this film. The match is struck, and then it becomes a slow burn. But this is not the kind of slow burn that leads to a positive payoff at the end. I was actually confused a couple of times, as the narrative switched to a couple in their new house, and you realize that the man in the couple is one of the students from the opening scene. His face isn’t shown in that scene, so you don’t know who he is or how he relates to the story until much later.

Have you heard of that website that tells you ahead of time if a dog dies in a movie? Well I’ll save you the trouble of looking this one up and just tell you that the dog dies. Already it gets negative marks from me for that. That, and the use of classic horror tropes executed in the same old way as always. There’s some creepy imagery, but overall it’s low on any real scares. It also has an abrupt and slightly ambiguous ending. These can sometimes be done well, but that is not the case here: I was left confused again. It was an interesting concept, but it could have been done a little better. The music was good though.

Overall Rating: 3 out of 5 Pumpkins 🎃🎃🎃 (Points for originality, but negative marks for killing the dog)

I wasn't feeling well on Day 4, so that's it for now. So far I am really enjoying sharing these movies with you. Let me know in the comments if you've seen any of these, and feel free to share your opinions! I'd also love to know what other movies you like for the spooky season! Mention them here and maybe I'll review them in a future installment!