One of Maryland's favorite sets of triplets will be featured in the new Harriet Tubman movie this fall.

Mackenzie, Bailey, and Zuri Tolbert of Waldorf, Maryland, are featured alongside British actress Cynthia Erivo in the new Harriet Tubman movie, Harriet. Robert and Nia Tolbert, parents of the almost 1.5-year-old triplets heard about the casting opportunity in Richmond, Virginia, from a close family friend.

Nia is quoted as saying, "We thought, 'why not?' The triplets will play a role in a film about a legend. We had no idea it was going to be such a huge feature film."

This isn't the first time the adorable triplets have been in the spotlight. The Tolberts also have three sons, including twins (Shai, 7, and Alexander and Riley, 4), so Nia is the famous "1-2-3 mom" you may have heard about. They share their unique parenthood journey through Facebook and Instagram at Totally Tolbert. While I'm sure juggling a demanding filming schedule, six kids, nap times, diaper changes, and more was no easy feat, it seems like it was worth it for this once-in-a-lifetime experience.

"In retrospect, being on set for this film took me through every possible emotion – joy and utter glee all the way through sadness and self-reflection," Nia told WUSA 9. "It was a powerful project, and we only got a small glimpse of what the larger picture would become." 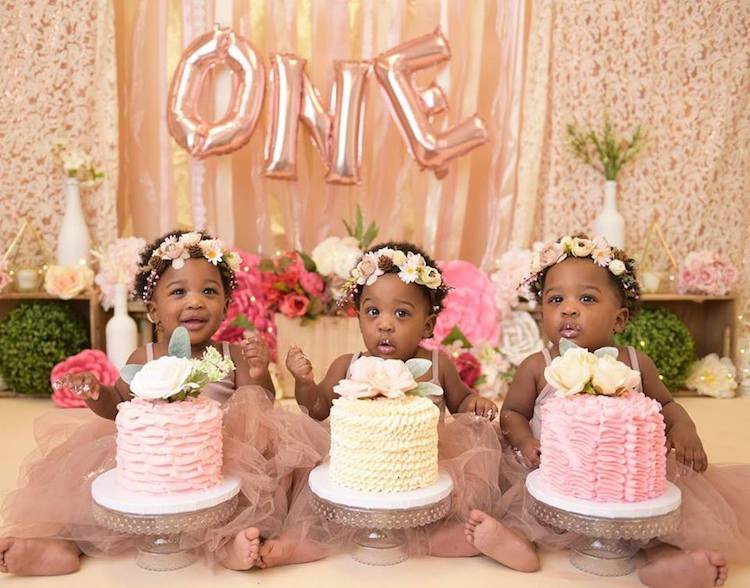 Harriet tells the true story of abolitionist Harriet Tubman, from her escape from slavery through her time with the Underground Railroad, where she helped hundreds of slaves get safely to freedom. The movie will be released in theaters on November 1. For a sneak peek, you can watch the trailer here.

Do you, or anyone you know have triplets? Have they ever been featured on TV or in a movie? Let us know in the comments!