The NYT special has prompted a national conversation about the popstar's misogynistic media treatment and ongoing legal battles.

The #FreeBritney movement gained some significant momentum this week after a New York Times documentary titled Framing Britney Spears aired on FX and Hulu. The hour-long special focuses on the pop star's treatment by the media throughout the years and the legal conservatorship she's been under for over a decade.

"The idea that people could look at that and only see a crazy person? That just tells me what a vulturous society she was working with, to begin with." – @wesley_morris #FramingBritneySpears is streaming on @Hulu. pic.twitter.com/iChWhYnh5s

A conservatorship is a legal arrangement in which a representative, or conservator, is designated to take control of another's personal affairs and estate when they're incapable of doing so on their own. These arrangements are usually put in place to protect the elderly or people who don't have the mental capacity to make decisions without being manipulated by others.

Britney has been living under conservatorship since 2008, with her father, Jamie Spears, in control of her finances and personal affairs as a co-conservator. While it was granted temporarily following some infamous public breakdowns, the conservatorship was made permanent just a few months later. The conservators have an ultimate say regarding Britney's health, travel, career, and finances—her whole life, nearly.

Britney Spears hasn’t been able to fully control her own life for more than a decade under a court-sanctioned conservatorship. See how the pop star’s fans are trying to “free Britney,” in a documentary by The New York Times streaming on FX and Hulu. https://t.co/OPYGtUrbVu pic.twitter.com/YG4lTFj1W8

Jamie Spears stepped down from his role as Britney's personal conservator in 2019, citing health issues, but he still maintains control over her estate. The NYT documentary, which you can stream on Hulu, shows Jamie having little personal involvement in his daughter's career until 2008, when he became her conservator. In court filings, Jamie said his "sole motivation has been his unconditional love for his daughter and a fierce desire to protect her from those trying to take advantage of her."

When asked about Jamie in the documentary, former Jive Records executive Kim Kaiman said, "The only thing Jamie ever said to me was, ‘My daughter’s gonna be so rich, she’s gonna buy me a boat.’ That’s all I’m gonna say about Jamie." Britney's boyfriend of four years also made a damning statement about her father in an Instagram story this week, saying he has zero respect for someone who tries to control their relationship. 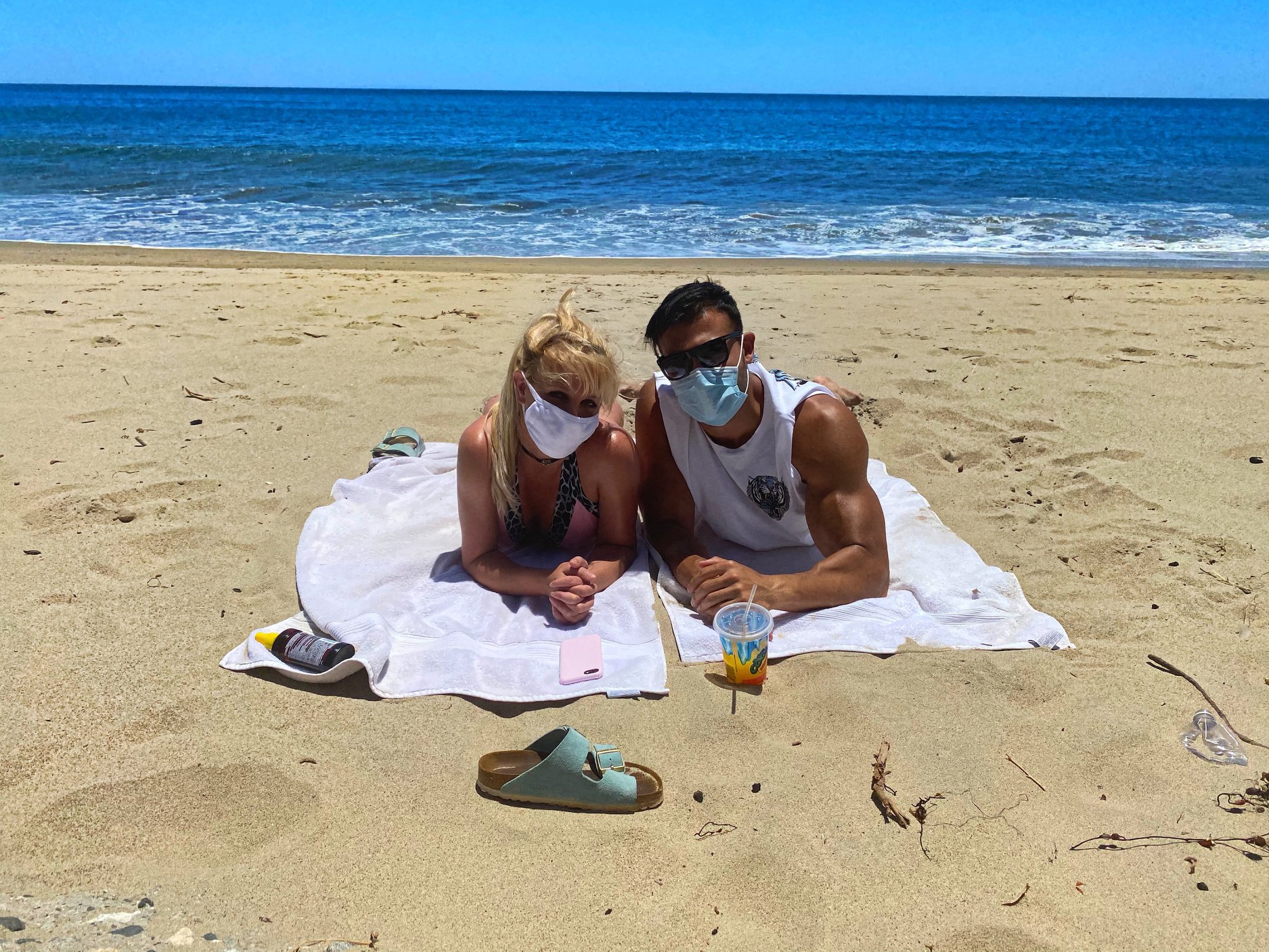 Attorney Adam Streisand was initially supposed to represent Britney in the conservatorship case until a judge decided that she wasn't capable of hiring her own council. In the documentary, he said that Britney wanted "a professional, somebody independent" to be her conservator. "'I don’t want my father to be the conservator.' That was her one request," said Streisand.

The documentary also included a lengthy interview with Britney's former assistant, Felicia Culotta, who traveled with Britney as her chaperone, of sorts, in the early days of her career. Felicia said the main reason she decided to do the interview was to remind people why they loved Britney in the first place. The longtime family friend shared some heartwarming stories from those early years.

Britney was indeed adored when she started her career, but the public quickly turned on her in a frenzied display of obsession, as shown in the documentary. Britney was constantly followed by the paparazzi, with some photos of the popstar selling at $1 million a pop. She was criticized by the media for being "too sexy," blamed for her split with Justin Timberlake, and told she should have her kids taken away from her.

WE ARE SORRY BRITNEY pic.twitter.com/pAeQnD7whA

Part of the documentary focuses on those chaotic days and the brutal scrutiny Britney was continually subjected to. Her personal struggles were put on display for the public to devour; her plight turned into a punchline. Shaving her head was a bold act of defiance, symbolizing her desire to be left alone, but she was labeled "insane" in response.

The way that the media talked to and about women in those days says a lot about the rampant misogyny that permeated our society then and still does to a great extent today. It also painted a picture of a society collectively building someone up just to tear them down—as if celebrities aren't real people but commodities for us to consume for our own entertainment. This realization has led another message to make the rounds on social media: "We are sorry, Britney."

All the Media should be ashamed.

We are sorry Britney. #FreeBritney pic.twitter.com/kCIzwAqw2y

Britney Spears is a real person, and she's made it pretty clear that she doesn't want her father to be in control of her life.

In November, her conservatorship case returned to court in an effort to remove Jamie as her conservator. Her lawyer said that she's afraid of her father and won't perform again as long as he is in charge of her career. The judge denied Jamie's immediate removal but did appoint a financial fiduciary, Bessemer Trust, as a co-conservator at Britney's request.

The legal battle is still ongoing—in fact, there's another hearing scheduled in Los Angeles Thursday. While she hasn't directly addressed the recent litigations or the documentary, Britney did tweet out an uplifting message to her fans on Tuesday.

Each person has their story and their take on other people’s stories !!!! We all have so many different bright beautiful lives 🌹🌸🌷🌼!!! Remember, no matter what we think we know about a person's life it is nothing compared to the actual person living behind the lens 📷✨ !!!!

Have you seen the documentary? What do you think about the conservatorship battle? Let us know in the comments!

Chicago boy, 7, honored for helping save his mother's life

LEADING OFF: Duvall crushing Cubs, Buxton back from injury