The Sanderson sisters actresses have all confirmed their involvement in the sequel on separate occasions, but they will not be reprising their old roles.

We have wickedly good news! Sarah Jessica Parker, Bette Midler, and Kathy Najimy are all reportedly open to being involved in the rumored sequel of the 1993 cult classic Hocus Pocus! (*Squeals*)

Now, before you get too excited, they will not be reprising their roles (I mean, how could they, right? They already died. Twice.).

We recently reported that Disney+ has a Hocus Pocus sequel currently in production, but the folks at Disney have been mum concerning details. Now that we know the three main actresses are on board, then so are we!

Kathy Najimy and Bette Midler confirmed their involvement during the annual Hulaween gala when speaking to a reporter. Najimy stated that she "had heard about it online" but was unsure if they were able to do it all at the same time because of the ongoing projects they were currently working on.

“Oh my goodness me. Oh, I hope they get to me before I’m a corpse,” Midler told Entertainment Tonight at the event.

Parker was unable to attend the event, but she did confirm her involvement in the comments on an Instagram post: 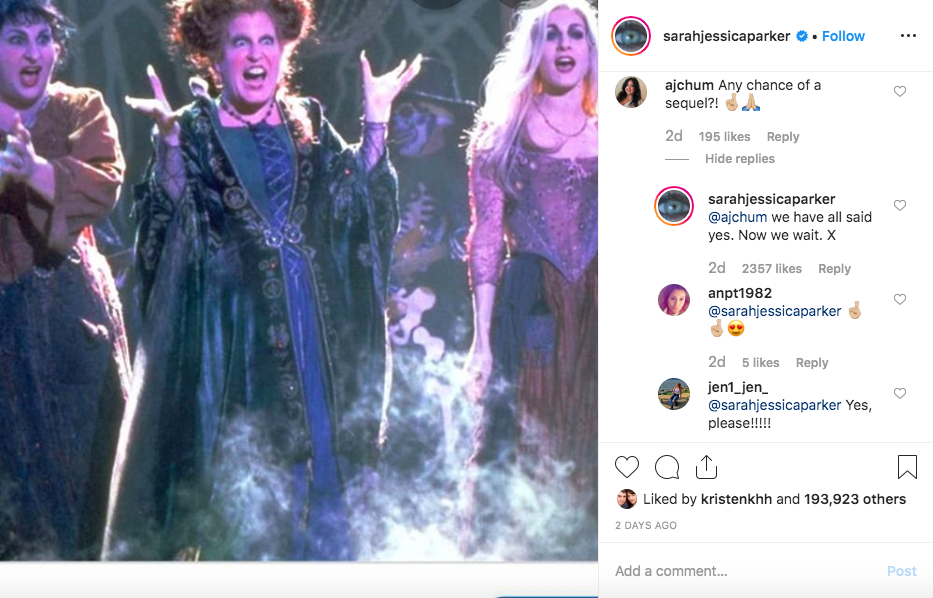 What do you think of this news? Do you think the film will be a success with the original sisters involved? Are you excited for the sequel? Tell us in the comments!