Stephen King's killer clown comes to life on the big screen in IT. The recent adaptation brings your worst fears to life in a thrilling film that doesn't disappoint.

Let me start off by telling you this: I hate clowns. I've never liked clowns. And my opinion on clowns will never change. That being said, the 2017 film IT brought my fear of clowns to center stage. IT had plenty of jump scares and eerie moments, all of which have stayed with me days after seeing it in theaters.

Why I thought seeing a film about a psycho killer clown was a good idea, I'll never know ... So let's dive in, shall we?

Pennywise the Clown is back to terrorize a new generation of audiences with the latest adaptation of the Stephen King novel IT. In a film that's darker and full of more scares and thrills, the 2017 adaptation floats high above the 1990 mini-series (starring Tim Curry as the killer clown). While there are some similarities to the mini-series, the new film has a more subtle, darker approach as Bill Skarsgård takes on the role. His quiet demeanor and chilling voice are in stark contrast to Curry's more vibrant and, honestly, laughable interpretation.

Curry, to me, is more reminiscent of the clowns you see at birthday parties. Between his gruff New York accent, his colorful costume, and the inability to stop throwing cheesy jokes left and right, his interpretation is dated and just doesn't hold up to the standards we've come to expect from films nowadays. Now, that's not to say that his role is no way less iconic—when you think of Pennywise, Tim Curry almost immediately comes to mind. It's just that Bill Skarsgård takes the role down a path that's more menacing and emotionally-resonant to modern audiences.

To put it simply: Skarsgård terrifies me. Curry doesn't. 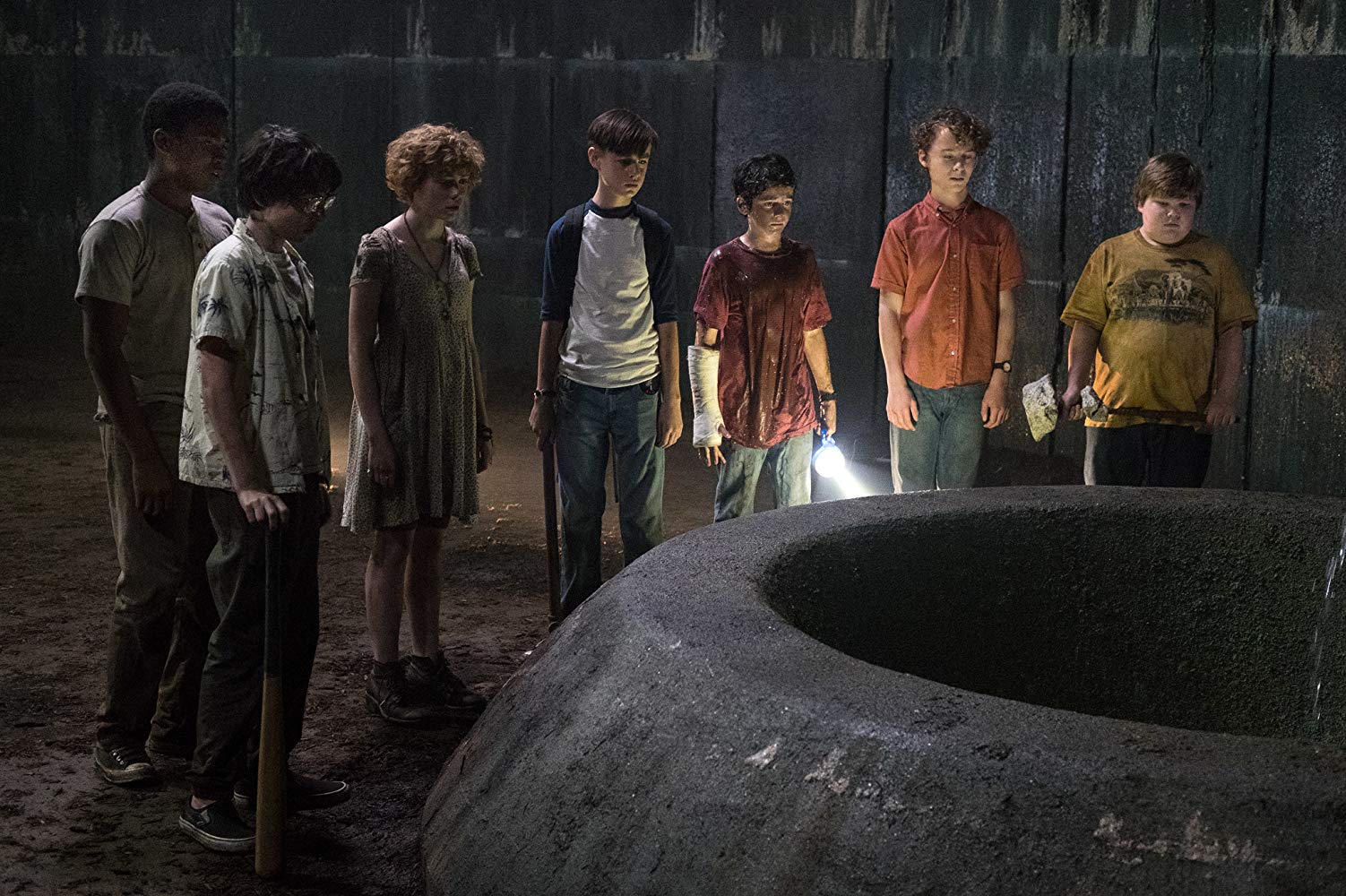 IT has plenty of jump scares that keep you on the edge of your seat the entire time, only giving audiences a break with some comedic moments sprinkled throughout, a large part due to the young actors who play the film's group of misfits. "The Losers Club" is made up of the talented young stars Jaeden Lieberher, Finn Wolfhard, Jack Dylan Grazer, Sophia Lillis, Wyatt Oleff, Jeremy Ray Taylor, and Chosen Jacobs.

Each of the seven young actors adds depth and heart to their characters, something that is seriously lacking in the mini-series, mostly due to the story favoring the adults' journeys rather than kids.' So it's refreshing to see this film slow down, giving the characters room to grow as both individuals and as a group. The kids are characterized by the things they're afraid of the most, with each of their fears being manifested by Pennywise, and they're able to overcome and face their fears by the end of the film, in true coming-of-age fashion. Director Andres Muschietti has breathed new life into the story of Stephen King's killer clown. We'll see if the same can be said for the second chapter.

What did you think of the new movie? Are you looking forward to the second chapter that's set to take place in modern-day? Also, who do you think should be cast as the adult versions of The Losers Club? Share your thoughts with us in the comments below.