Momoa says that he couldn't get work.

Actor Jason Momoa is basically a household name now. From his show-stealing performance in Justice League to the billion-dollar box office success of Aquaman, he is on the rise as one of Hollywood's biggest stars.

Knowing that, you would never expect that he was actually "starving" and "completely in debt" after his time on HBO's Game of Thrones.

One of Momoa's first movies was Baywatch Hawaiian Wedding, which premiered in 2003, years before his rise to fame. However, it wasn't until the popular HBO show Game of Thrones that he became a household name.

Lasting only through Season 1, Momoa's character was the brutal chieftain of the Dothraki, barbarians who had strength in their horses and fighting prowess. Momoa's Khal Drogo ended up marrying main character Daenerys Targaryen, who would later burn his body after his death and emerge as the Queen of Dragons in one of the show's most famous turning points. 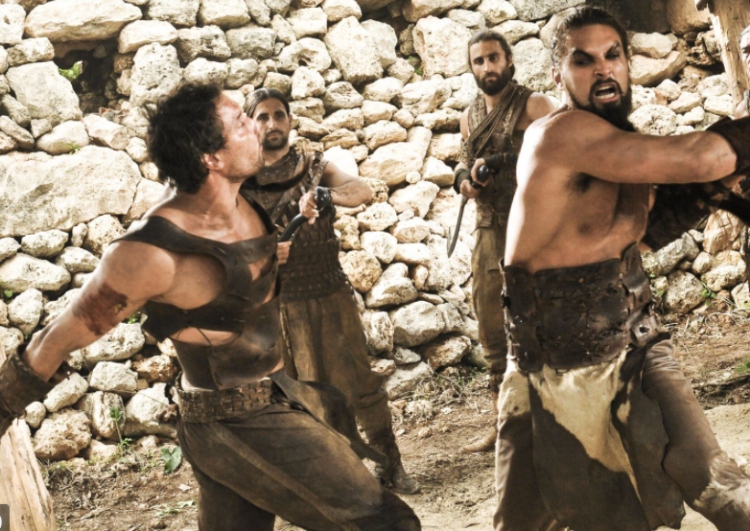 Despite only appearing in the first season, fans loved Momoa's character and arc, wishing to see more of him.

However, that is when Momoa claimed he struggled. Having two children with his wife, actress Lisa Bonet, and being the step-dad to Zoe Kravitch (Bonet's daughter with ex-husband Lenny Kravitz), he found it difficult to find work.

"It's very challenging when you have babies and you're completely in debt," he said.

His performance as Khal Drogo seemed to open doors for him, though. Currently, he is acting in the second season of his Apple TV+ series called See and will star in the upcoming Dune movie, directed by Denis Villeneuve.

In regards to Dune, which will feature an ensemble cast, Momoa said, "It was 'Josh Brolin, Jason Momoa, Javier Bardem,' and I'm just like, 'Oh my god. I can't believe my name was with those names .... I feel like I'm still a kid, freaking out."

We can only be happy for Momoa and his success!