If you've ever wanted to visit Diagon Alley or have a drink at the Mos Eisley Cantina, now you can—in LEGO form!

LEGO has recently announced the release of two new sets that'll make any geek, like me, excited! If you're a fan of Harry Potter or Star Wars, or both, then you've got to get your hands on the new the Diagon Alley and Mos Eisley Cantina sets!

The Diagon Alley set is the fourth largest LEGO set, ever. Standing at 5,544 pieces, this set will transport you to the memorable and magical location of the films. LEGO says of the Harry Potter-themed set:

"Tap a brick in the wall behind the Leaky Cauldron pub and enter the world of Diagon Alley™, where wizards and witches find their potions and Hogwarts students stock up on school supplies like cauldrons, broomsticks and of course, wands. Measuring over a meter wide, this epic model is filled with authentic movie details and a menagerie of 14 minifigures, including four exclusive new characters!"

From Ollivander's Wand Shop to Weasley's Wizard Wheezes and everything else in between, the model is modular, meaning that you can rearrange the buildings and truly make it your own. 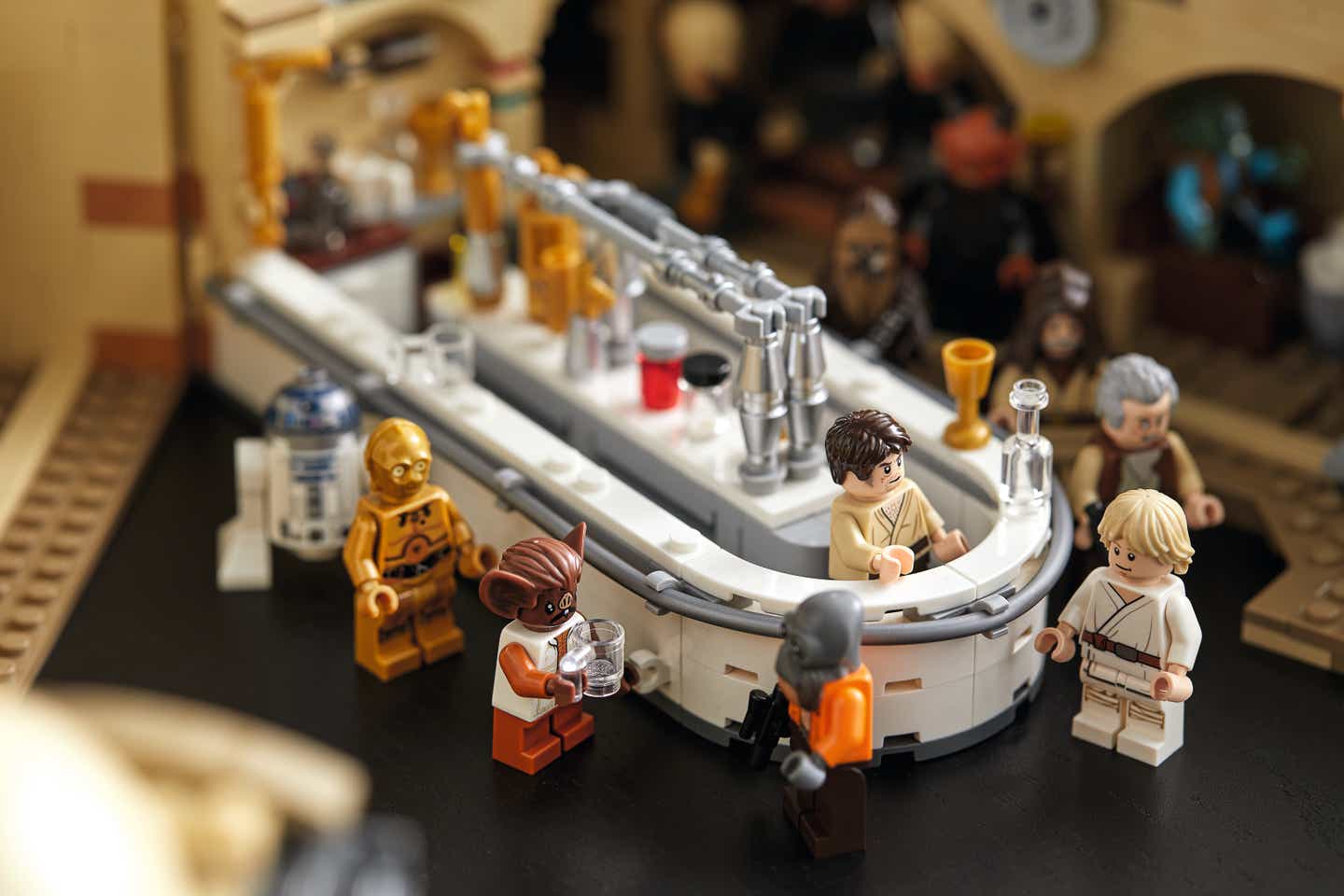 However, if you're not really into witches and wizards, but more into space operas and lightsaber fights, the Star Wars Mos Eisley Cantina set will fit that bill. New images were released of the model, which is set to be available to the public on October 1. However, if you're a LEGO VIP member, it'll be available for purchase on September 16!

The 3,187-piece set brings to life one of the saga's most iconic locations. It includes character minifigures like Luke Skywalker, Han Solo, and many more, with a total of 21 characters.

"With this design, we’ve added external buildings like the Jawa shop, refined the details ... I love that all Star Wars characters have cool backstories, no matter how briefly they appear, it wasn’t easy to decide which characters to include in the set, but we hope fans will love the entire model and its line-up of heroes and villains."

Which LEGO set are you the most excited about? What other locations from Harry Potter and/or Star Wars would you like to see converted into LEGO models? Leave a comment below.