Is Child's Play (2019) a fresh approach to the "horror film remake" or a ride on the coattails of a floundering franchise?

Child’s Play (2019) sees a young mother (Aubrey Plaza) give her 13-year old son, Andy (Gabriel Bateman), a state-of-the-art toy doll with the ability to connect to smart technology. When its artificial intelligence fail-safes go haywire, Andy must find a way to stop the now-homicidal doll.

It’s important to approach horror movies, like this Child’s Play remake, with the proper mindset. Its acting is likely not Oscar-worthy, the script subpar, and the plot uninspiring. But surely, you weren’t expecting these qualities in a film that is based on an 80’s horror franchise known for its doll possessed by a serial killer. The Child’s Play (Chucky) franchise has never touted dramatic flair or cinematic glory. Instead, the series has threaded the needle between borderline horror-comedy and self-aware absurdity. So it would be unfair to expect much else from a remake of the franchise.

The remake kicks off its fresh origin story with true Child’s Play panache, as the homicidal artificial intelligence that will become this incarnation of Chucky is brought about by a disgruntled employee. The ridiculous circumstances of these opening moments set the tone for what is to come, which is inevitably a fun time for horror fans seeking a popcorn flick to laugh with and laugh at. 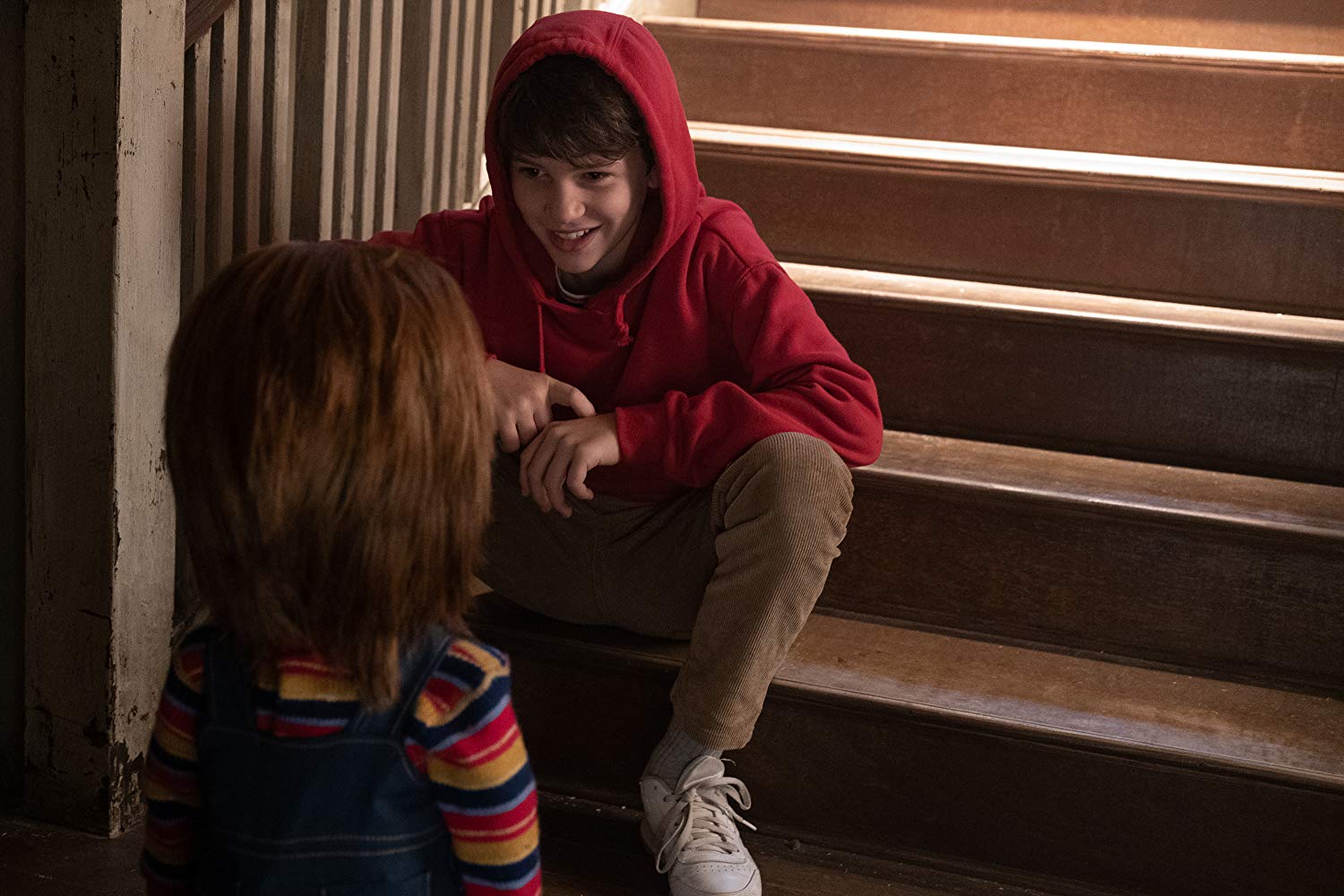 The AI twist is admittedly as unoriginal as the concept of a remake, with streaming network giant Netflix’s Black Mirror tackling near-future technology topics like this on the regular. Yet, there is something unusually engaging about this Child’s Play approach that lets the troubled AI devolve into its murderous tendencies. The film gives Chucky’s character time to grow into its own and also develop a bond with the troubled Andy. Their two paths become interconnected to the point that there are moments of tragic empathy ... of course, sporadically strewn about between moments of violence.

Detective Mike (Brian Tyree Henry) ended up as the scene-stealer of the film, while Mark Hamill’s talented voice acting left Chucky subtly disturbing. Andy’s two friends, Falyn and Pugg, felt like the poor man’s Stranger Things group, delivering a few moments of macabre levity as the plot thickens. Yet Andy himself, his mother, and her sleazy boyfriend often felt like a means to an end, with predictable moments of tension and unoriginal pandering towards relatability.

Perhaps the greatest controversy that will stem from this film is whether it should have been a remake at all, or simply an original killer doll movie standing on its own two artificial legs (a la the Annabelle franchise – which has its third entry coming out June 26). But maybe this remake deserves credit for attempting to achieve what a remake sets out to do, by taking the source material and applying a fresh twist and treatment.

To that end, Child’s Play was a success. It simply was what it set out to do. And with that self-aware approach, the audience can join in on the dark fun rather than be burdened by it. The Chucky franchise was growing stale, becoming increasingly silly and tasteless. This fresh twist brought back a little flavor.

Have you seen Child's Play yet? Sound off in the comments.