"Joker" boasts a powerful performance and noteworthy cinematography, but does it hit the thematic note it desperately seeks to strike?

Comic books have a long history of social and political commentary. In the early days, there was a heavy focus on patriotic pandering and wartime propaganda, but as society became more discerning, comic books took the opportunity to be a message of cultural critique. Comic books have often used the platform to give a voice to the voiceless in a digestible way. The X-Men have regularly confronted issues that involve social hierarchy and racial turmoil. Captain America has gradually evolved from a patriotic tool to a symbol of ideals for the powerless.

Film has always followed a similar trend, being used as a medium for social and political concerns. So it is a little ironic that when the two mediums met on the big screen, the result quickly turned towards big explosions and box office numbers rather than metaphorical messaging. That isn’t to say the Avengers movies and their solo titles aren’t a joy to behold. But as the massive franchise has expanded, it seems like the core of their intent has been diluted by superpowers and means-to-an-end villains.

And here we are, walking out of a screening of Joaqin Phoenix’s Joker, where social and political commentary take a front seat through the eyes of comics’ most disturbed sociopath. To that end, Joker deserves its accolades. The story and character progression tackles sensitive issues that are prevalent in the majority of lives in America. It is a message absent in many comic book adaptations today, which leads me to vouch that this film does a better job of being a comic book movie than those that have preceded it. No, there aren’t any bodysuits, capes, explosions, or superpowers. Instead, we get a paralleled existence of our tense society standing on a ledge, and we see ourselves in it.

No, we aren’t serial killers on the brink of snapping, but the Joker’s hopelessness, isolation, and silent desperation are struggles we all endure at times in our lives. His inevitable violent collapse is the path he takes, but we find familiarity in the despair he feels. As the city of Gotham melts down around him, we feel the societal tension mirrored in our own political and social environments. And we eventually see the result of said tensions culminate to a breaking point. 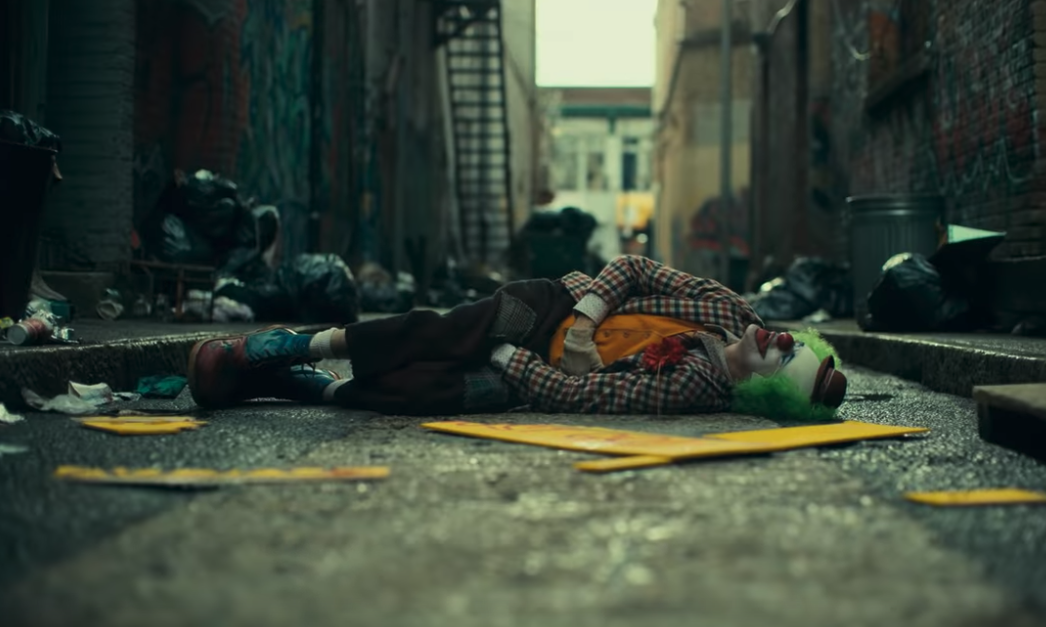 His lifelong desire to make people laugh manifests in a dream of becoming a stand-up comedian, which leads to the thickest symbolism of the film in the form of Joker’s inability to process humor in his world. While his mental state has a great deal to do with that, it is hard to ignore the comedian parallels of laughing to keep from crying. Joker is, at the end of the day, a sadistic jester that is poking fun at what he believes is the inherent darkness of humanity and society. Amidst the chaos of his decisions lies a critique of the contradictions of life, and this struggle manifests on screen through his mental disorder, to the point of inconsolable rage.

Unfortunately, that gradual climb to Joker’s breaking point is just that ... gradual. The despair, heartache, and somber darkness we endure for two hours is difficult to take. At times it feels like an Ari Aster (Hereditary, Midsommar) film with a comic book villain as the lead. We are forced to suffer through the pain and anguish, waiting for the Joker to snap so we can get some release from the burden. And with every passing scene, it becomes harder and harder to bear. Every moment of psychological agony feels like the final catalyst for us to see the true Joker emerge, but instead it is another tease in a haystack of teases. 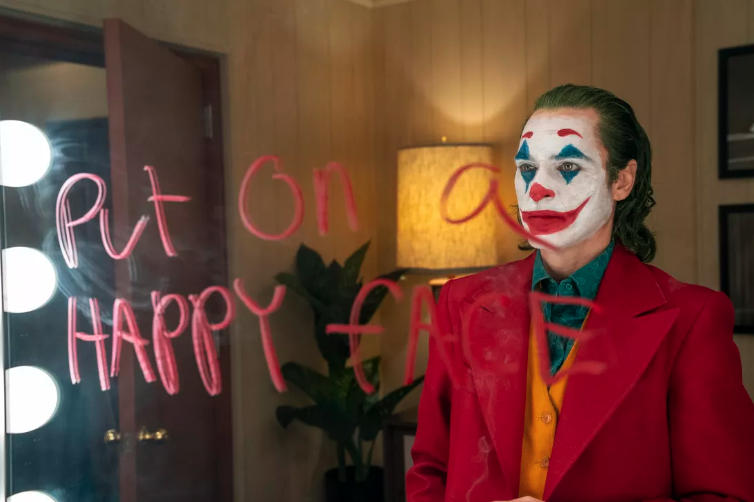 When the Joker does finally break, the sociopath is at his least recognizable, delivering heavy-handed commentary that cheapens the journey we were forced to stomach. Instead of the Joker’s descent behaving like a martyrdom for the destitute, it is diluted by giving him contradictory purpose and directed rage through forced dialogue.

The story is further weakened by Batman easter eggs that go further than are necessary. This origin of the Joker (which the very thought of an origin story is controversial enough amongst comic book fans) demands an absence of comic book elements to further solidify its voice. Instead, a couple of scenes take the Bruce Wayne connections a tad too far, making it feel like an extended episode of Gotham rather than a standalone film.

Given the subject matter, the pacing becomes a bit grueling. I’d be curious to know just how much of the runtime is committed to Phoenix awkwardly dancing like a macabre incarnation of Michael Jackson. 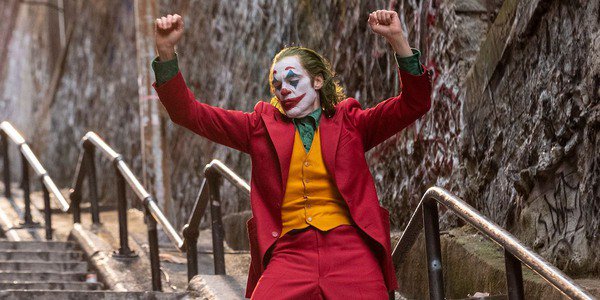 The sardonic atmosphere does become exhausting despite its intentionality, yet this emotional engagement by the film is wonderfully executed and shouldn’t be a condemnation. The cinematography, acting, and commentary are all elements that make the film a must-watch for arthouse patrons, but like Joker’s inner turmoil, the fractured identity of the picture slightly desaturates an otherwise impactful commentary towards sociopolitical change.

Have you seen Joker? What were your thoughts? Leave a comment, and let's get the conversation started!