Spider-Man: Far From Home is a convenient litmus test for the future of the Marvel Cinematic Universe post-Endgame. Using one of Spider-Man’s less-famous villains, Far From Home provides a fresh take for the franchise’s third reboot.

It’s difficult not to take the entirety of the cinematic Spider-Man franchise into account when watching Far From Home. It’s a rich history spanning a variety of successes and failures. The Sam Raimi/Tobey Maguire trilogy feels like a distant memory, featuring Raimi’s unique and campy filmmaking style and Tobey’s lovable oaf demeanor. Then, you had the Andrew Garfield-led attempts that were more panned than well-received. When Spider-Man was rebooted yet again with Tom Holland taking on the mantle, there was a collective groan heard across the world of Marvel fandom. 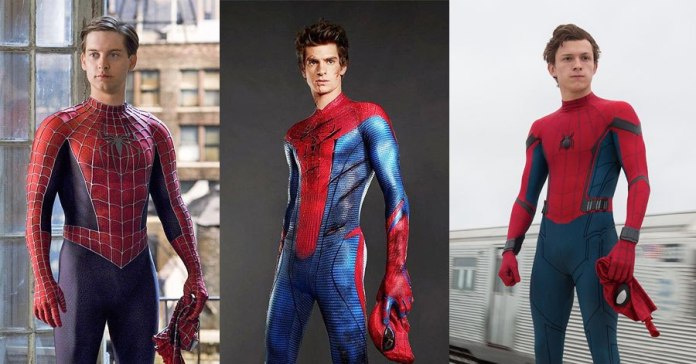 The sigh of relief came when news broke that Marvel would have significant involvement this time around. The seemingly impossible agreement between Sony and Marvel led to a promising future for the web-slinger. The commercially successful Spider-Man: Homecoming promised a bright future under Holland’s accurate portrayal of high school Peter Parker. Yet it had an uncertain fate, along with the rest of the Marvel Cinematic Universe, following the climactic conclusion of Thanos’ reign as the big baddie in Avengers: Endgame.

Far From Home is the first entry following the demise of the Mad Titan and makes for a good litmus test for the future of the Marvel Cinematic Universe. The film should be commended for making direct and personal references to the ramifications of Endgame. This approach keeps future entries in the MCU feeling like a continuous progression of the saga. It has yet to be seen if the loss of major star power like Robert Downey Jr, Chris Evans, and Scarlett Johansson will be too hard to overcome for the variety of continuing Marvel titles, but Tom Holland’s mastery of Spider-Man is a beam of light at the end of the tunnel.

It is often said that a superhero is only as good as his or her villains. This rings true for Spider-Man, who boasts one of the best rogues’ galleries in all of comic books (rivaled only by the psychologically disturbed throng of villains Batman faces on the regular). Yet, the execution of the Spidey villains has been severely hit-or-miss. The reigning champion remains Alfred Molina’s Doc Ock from Spider-Man 2, followed by the unsettling performance of Willem Dafoe as the infamous Norman Osborn. But most of the rest have fallen short of expectations, like the poorly designed Lizard, Electro, and Green Goblin iterations from the Garfield run.

Though he was generally well-received, there was a cliche approach to Michael Keaton’s Vulture in Homecoming. His bland “I'm gonna make money and I don’t care who gets in the way” motif is as old as the golden age of comics. Despite Keaton’s performance and a great villain design, it felt unoriginal and predictable. Perhaps the greatest compliment to be paid towards Far From Home is that the villain is unique enough that it would spoil the film to discuss the character in any detail here. It made for a more interesting story and a well-dispersed approach to Parker’s development post-Endgame.

The climax of Far From Home was the embodiment of the issue following the Thanos arc ... how do you raise the ante when the most massive galactic threat just went down in a blaze of thematic glory? To that question, Far From Home tried to find a balance between a grounded, personal struggle and a global-scale threat. For the most part, it worked, but it’s hard to call it a unanimous success. There is reason for worry over jading the audience by constantly throwing around global-scale threats over and over again. Having a grounded story with, dare I say it, an also-grounded threat can actually lead to a more engaging storyline. This never-ending train of massive, city-wide destruction may eventually dilute its own impact.

Far From Home was a relief. It proved that the MCU is not dead yet and still has enough writing material to produce engaging storylines and somewhat unique scenarios. There is still a musty cloud of formulaic standardization hanging over the solo entries in the MCU that have a stale inevitability, but Far From Home branched out enough to show some promising creativity.

Have you seen Spider-Man: Far From Home yet? If so, what did you think? Sound off in the comments below.