Reinventing a film from the Universal monsters of the 1930s, "The Invisible Man" modernizes the tale as a pertinent and compelling parallel of the traumas of domestic violence and stalking.

For as long as horror has graced the silver screen, grotesque and macabre icons have symbolized the real and tangible fears of humanity. As societies and cultures have evolved over the decades of motion pictures, we see glimpses of what frightened us through the lens of a fictional creation. The Invasion of the Body Snatchers has been remade countless times, reflecting the dread of the Cold War to the anxieties of unseen contagions. Godzilla was a beast born from Japan's trauma following the nuclear strikes of World War II.

In the last decade, we have received a cluster of well-regarded films that tackle humanity in unique and sometimes agonizing ways. The Babadook worked as a powerful metaphor for grief. It Follows utilized horror as a vehicle for the psychological depths of sexual encounters. The Witch took dark and authentic source material from the 1630s to materialize a forgotten world of paranoia of the supernatural. Get Out used unsettling themes to creatively drive attention to systemic racism. Film festival darling Daniel Isn't Real brought awareness to the struggles of toxic masculinity and psychological disorders.

All of these films—and more—employ varying degrees of horror tactics to emphasize messages through less heavy-handed metaphors.

Top 10 Horror Movies That Scare the Sh*t Out of Us!

The Invisible Man follows a similar path, barely pulling from its source material to step into a new vision that gives a voice to the victims of a bleak and often mishandled epidemic. Domestic violence and stalking, while separate nefarious acts, can often follow one another closely, destroying lives in ways sometimes unnoticeable to those outside of the torments endured by the victim. Even in ideal scenarios in which a person is able to escape the physical and metaphorical confines of such abuse, the psychological ramifications can live with that person the rest of their life. And the true horrors of such events are masterfully manifested through The Invisible Man, as a monster that is equal parts mystically enthralling and terrifyingly real.

The film begins with our protagonist, Cecilia (Elisabeth Moss), escaping her abusive boyfriend in the middle of the night. After his apparent suicide two weeks later, she is haunted by a presence that she is confident is her now ex-boyfriend. Convinced that he faked his suicide somehow, he is now utilizing a yet-unseen (pun intended) science to make himself invisible to everyone. The haunting presence this instills in the audience is palpable, treating the viewer to not only some effective thematic tension, but also a looking glass into the trauma of stalking and the residue of domestic violence. 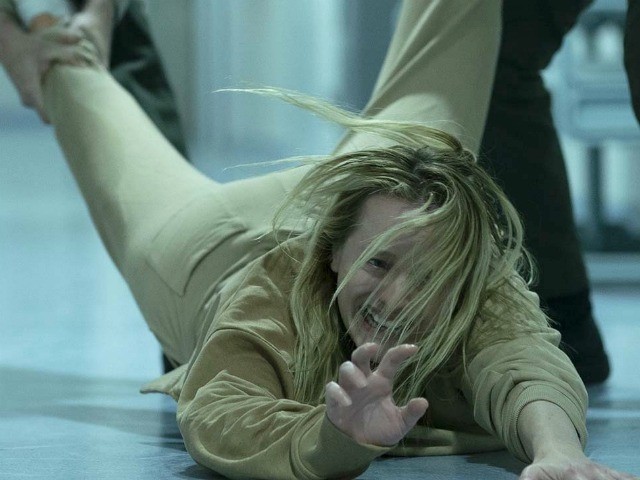 The crashing waves that were outside of the home the couple once shared can be heard through the nuanced, uneasy flow of the score. The music and sound design further envelope the viewer in the foreboding atmosphere of Cecilia's struggle to retain her sanity through the tortures of her invisible tormentor.

The first half of the film feels like a haunted house flick turned on its head, with the haunting entity as a physical presence that grounds the concept in your mind. You are forced to endure the presence of this unseen force along with Cecilia as she must try to navigate her relationships with friends and family amidst the turmoil of surviving against a foe no one can see. The metaphors on-screen hide in plain sight, like the villain, as a conceited, arrogant force that taunts its seemingly passive power at opportune times. We grasp a fragment of the gravity behind such nefarious behavior and the seemingly unending fears now ingrained into everyday life, as the taunts escalate into threats that escalate into violent actions.

The horror/thriller approach with the sci-fi concept marries perfectly into the message on display. The special effects add to the superficial entertainment of the film, while keeping the voice of the victim fully heard. The pacing slows through certain scenes in the second act, which makes the solid two-hour runtime feel a bit more noticeable. The final act lacks some of the potency that one may feel is deserving of the circumstances, leaving the conclusion entirely satisfying yet contradictorily underwhelming.

Despite these minor flaws, The Invisible Man delivers as the best horror/thriller of a young 2020 behind its effective messaging and tangible symbolism. Its value may be seen as a champion in a tier below the films mentioned above, but it accomplishes in communicating its substance through a compelling and engaging tale.