"The elves went too far!"

If you're one of the millions who's disappointed that the annual Eurovision Song Contest won't be happening this year due to the coronavirus pandemic, I'm right there with you—especially since I just learned about the international singing competition a few days ago. This marks the first time in its 64-year history that the contest has been canceled.

However, if you're looking for something to help ease the void of Eurovision, Netflix has just the cure: Eurovision Song Contest: The Story of Fire Saga.

In Eurovision, Will Ferrell and Rachel McAdams star as Lars Erickssong and Sigrit Ericksdóttir, a pair of Icelandic singers (aka Fire Saga) who have always dreamed of performing at the competition, much to the chagrin of the small fishing town they call home and Lars' "extremely handsome father" played by Pierce Brosnan. Yet, by some miracle, they're selected to perform on the international stage and represent Iceland. There's just one problem: nobody believes in them or wants them to win.

With the odds stacked against them, Fire Saga remains determined—and, naturally, hilarity ensues at every turn.

Now, I'll be honest. When I first watched the trailer (above), I was worried the movie was gonna try way too hard to be funny, but I'll be the first to admit that I was genuinely surprised at how fun and heartfelt it actually is. Not only is Eurovision hilarious, but it also has a killer soundtrack (one that I've been jamming out to as I write this!) and a fantastic cast.

Ferrell plays the man-child goofball, as usual, but it's McAdams who shines the brightest. Known for her more serious roles (The Notebook, The Time Traveler's Wife), she is actually one of the funniest actresses in the business, and it's a shame that she doesn't get the opportunity to stretch those comedic muscles more often. McAdams' Sigrit, while a bit ditzy at times, is so sweet and you can't help but root for her. Ferrell's Lars, on the other hand, is not so sincere. He has his moments, sure, but McAdams is easily the best part of the entire movie. 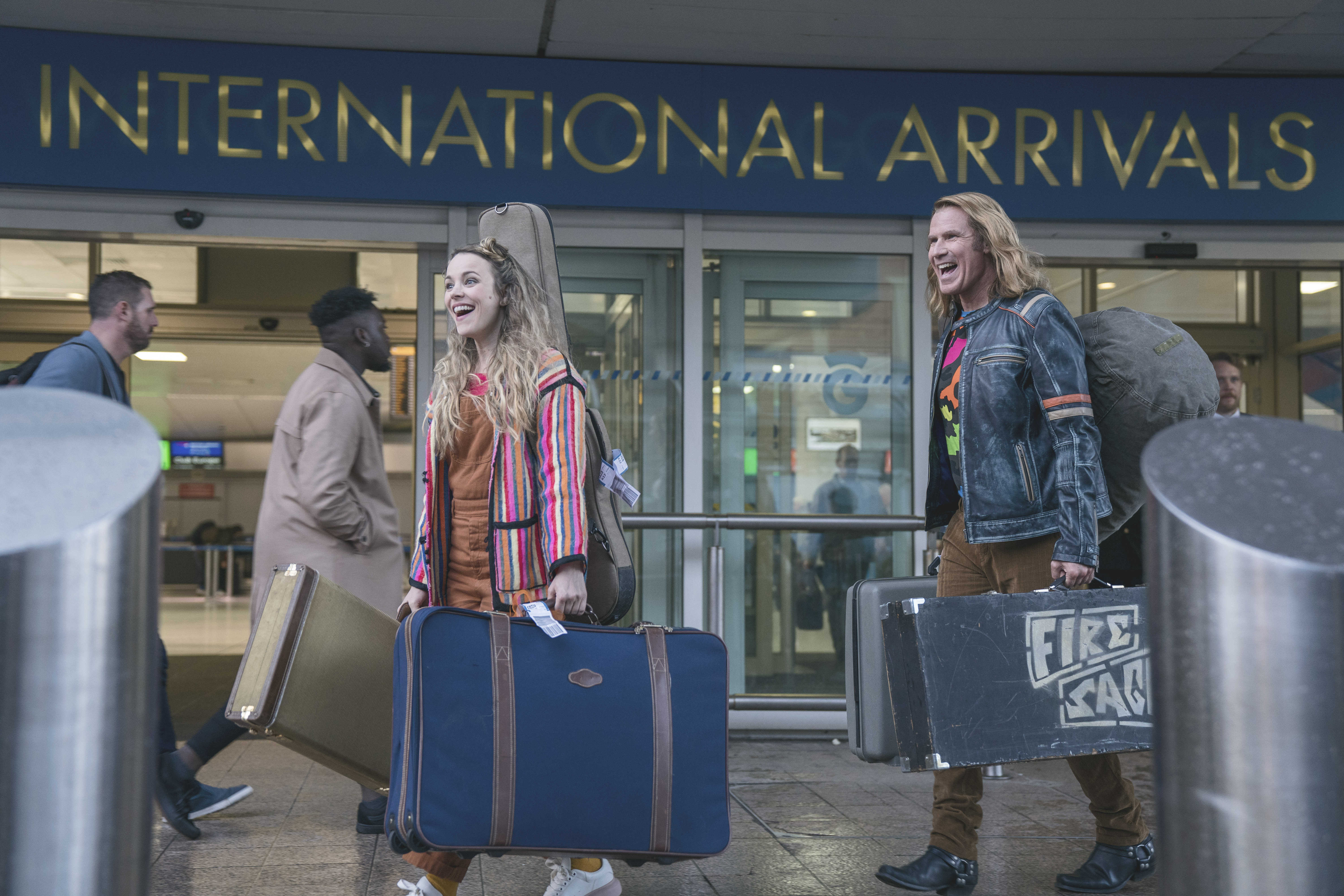 Oh, and of course, who could not love Dan Stevens as Alexander Lemtov?

Just give Dan Stevens the Oscar for Eurovision pic.twitter.com/yrIWYQjK49

And I know that I'm not alone in my growing admiration (re: obsession) with Eurovision either, as the reviews from both critics and Twitter users have been mostly positive.

Americans realizing they’ve been missing out on some good shit these past 64 years #EurovisionMovie pic.twitter.com/XANjxMFBhj

I know I've been in quarantine for a long time and all, but I think Eurovision Song Contest: The Story of Fire Saga is the best movie I've ever seen?!?

And the 2020 Academy Award for best original song is "Husavik" from Eurovision Song Contest: The Story of Fire Saga. I'm calling it.

Eurovision, while not the best movie ever made, is the perfect movie if you're looking for a reprieve from all of the sh*t that life throws at you, and there's been a lot of it lately. ("I can maybe take this much sh*t, but it's up here!")

But, I guess you can always enlist the help of the elves should things get a little too crazy ...

"the elves went too far!!" is the new go to thing to say when you benefit from a tragedy. #EurovisionMovie

Eurovision is now streaming on Netflix.

Have you watched Eurovision Song Contest: The Story of Fire Saga? If so, what'd you think? If not, what are you waiting for? Sound off in the comments below, bish.