Netflix Original Review: 'Then Came You' Will Make You Cry Tears of Happiness and Sadness

Netflix Original Review: 'Then Came You' Will Make You Cry Tears of Happiness and Sadness

That's why we're so obsessed with Netflix's new original comedies, including Always Be My Maybe and To All the Boys I Have Loved Before.

It appears that Netflix has received the message loud and clear because they've presented the world with their latest rom-com (sort of) – Then Came You, which stole the hearts of fans everywhere, including mine.

Then Came You has all of the elements of a cinematic romantic comedy, except the sole focus is on a much bigger element – time. The plotline follows the story of a cancer victim, Skye, who only has months to live and befriends a hypochondriac who has convinced himself that he has cancer. During their run to friendship, Skye's influence and company cause Calvin to leave his worries behind (frantically visiting the doctor to get unnecessary testing done or documenting in his symptoms journal) and just live his life. Can we possibly ask for a better plotline? We think not!

Seriously, stop what you are doing and watch this movie.

Not a single thing. Thank you, next!

Every single element of this film.

Although it is set to highlight the story of a cancer victim, Skye (Maisie Williams), there is just a cheery nature about all of it. Skye's constant over the top persistence to become friends with Calvin and to finish her eccentric to-die list brought so much joy to the film. At first, she came off as annoying and over-the-top, but it was toned down with her willingness to show her full personality – the emotional side of her!

Instead of acting typical and choosing a predictable bucket list or to-die list, Skye chose to fulfill strange, odd, and even unique items before the day of her death. Some of the items included punching someone in the face, cleaning the neighborhood, getting a job and then getting fired, robbing a store (oh ... no), getting arrested with Calvin (what?) and of course, many more fun ideas. Oh yea, she even ropes Calvin into helping her fulfill these bucket list items!

Skye was the light in her own darkness. Just look at them fulfilling one of her crazy bucket list items:

What I enjoyed most about this film was the apparent and strong message that hovered in the air. Live your life like it's your last day! Skye knew she was dying and wanted to accomplish some of her life-goals before her death, and with her go-getter attitude, she did it. Rather than sit on the couch like a potato and weep about her end, she got out there in the world and took up the last of it that she could. Her cheery and somewhat annoying attitude about life is what should motivate all of us to keep going.

I wouldn't necessarily place this movie in the rom-com section because it wasn't about falling in love but rather living your life. Now, don't get me wrong: the movie still had the growing relationships, both romantic and friendship, but the sole focus wasn't on true love.

I mean, there was this: 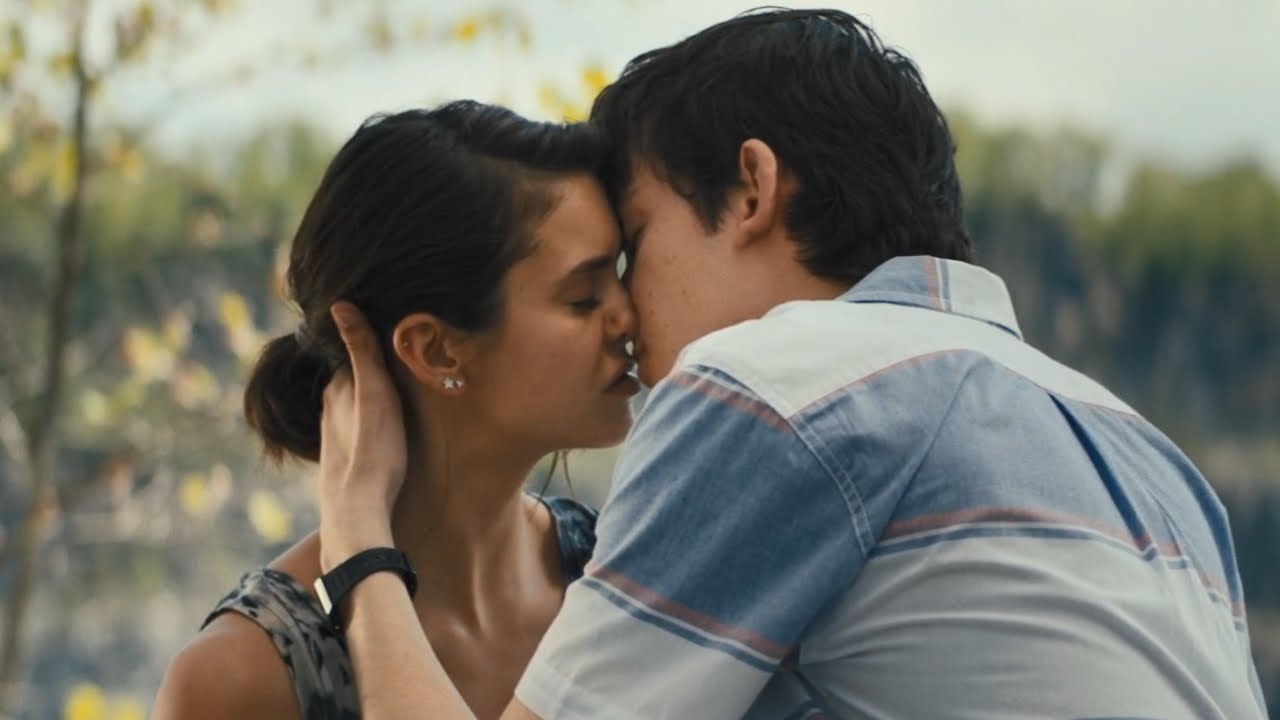 The movie's strongest element was the acting. Maisie Williams stepped out of her role as Game of Thrones' Arya, who is somewhat a closed-off bada** whose sole aim was her kill-list, and landed in the feet of a character that and was outspoken, lively, and frankly, sometimes disrespectful. They all do a fantastic job in this film, but Williams' character stands out the most!

As well as the acting, the plotline and story were the film's strongest elements. The story was cheerful, unpredictable, and frankly fun to watch. We weren't sure what Skye was going to pull next, and we couldn't wait to find out! The plotline also chose to steer away from Skye's cancer as the main element of the film. They focused on her friendship and her to-die list rather than her treatments and all the sadness.

Then Came You is a refreshing take on what could have been a very sad story.

Overall, I would give this movie 5/5 stars!

Have you seen it yet? What did you think? Tell us in the comments!

Lexington woman scrambling to find housing out of $3,400 holding deposit