Since his first appearance in print in 1887, we have seen many interpretations of the character Sherlock Holmes. The introverted logical genius captures the popular imagination, and with good reason. More recent portrayals explore an interesting facet of genius, though: how does its possessor relate to other people?  After all, no person exists in a vacuum. How do the individual's family and friends fit into the picture?

Sir Arthur Conan Doyle furnished the original Sherlock Holmes with a partner (John Watson, of course) and even with a brother, Mycroft Holmes. However, only recent depictions have introduced a sister into his family portrait. The BBC series, Sherlock, reveals Eurus Holmes as Sherlock and Mycroft's dangerously brilliant, sociopathic sister who is locked away in a government facility under heavy military guard because of her utter disregard for societal conventions. But who is Enola?

As it turns out, she first arrived in the Sherlock Holmes universe in the YA book series by Nancy Springer, The Enola Holmes Mysteries, and now is making her second appearance in the Netflix movie that came out on September 24 of this year. 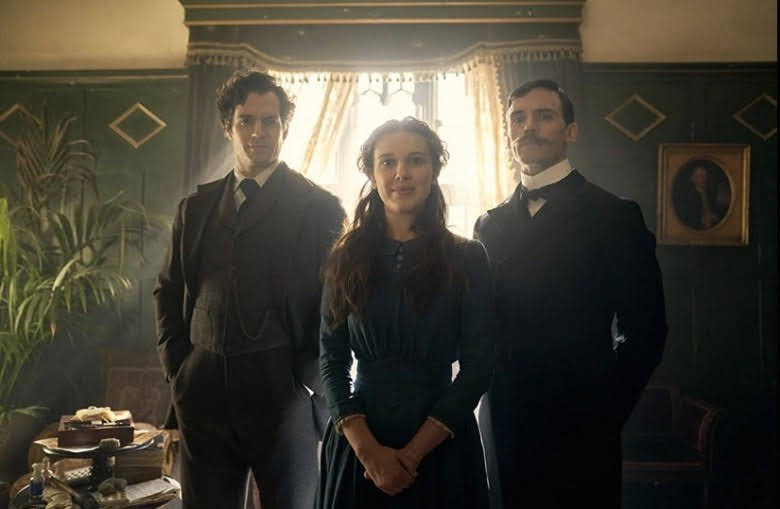 A brief plot overview: Enola is the significantly younger sister of Sherlock and Mycroft. They left home when she was quite young, and as a result, she has little connection with them. She is closest to her mother, a delightfully eccentric woman played by Helena Bonham Carter. Tucked away together on the family estate, they engage in all sorts of slapdash shenanigans that would hardly be considered suitable for young ladies of the time.

Enola's world comes crashing down on her sixteenth birthday, when her mother leaves home in the middle of the night, leaving only a gift containing drawing materials and a small compendium of flower species. With their father dead and their mother gone, Mycroft and Sherlock arrive on the scene to handle the situation. Mycroft finds Enola disgraceful and determines to send her away to boarding school to become a proper young woman, but, as you might predict, Enola has other plans and runs off to London to find her mother. Along the way, she meets a runaway marquis with an assassin after him, and winds up solving his mystery alongside her own. 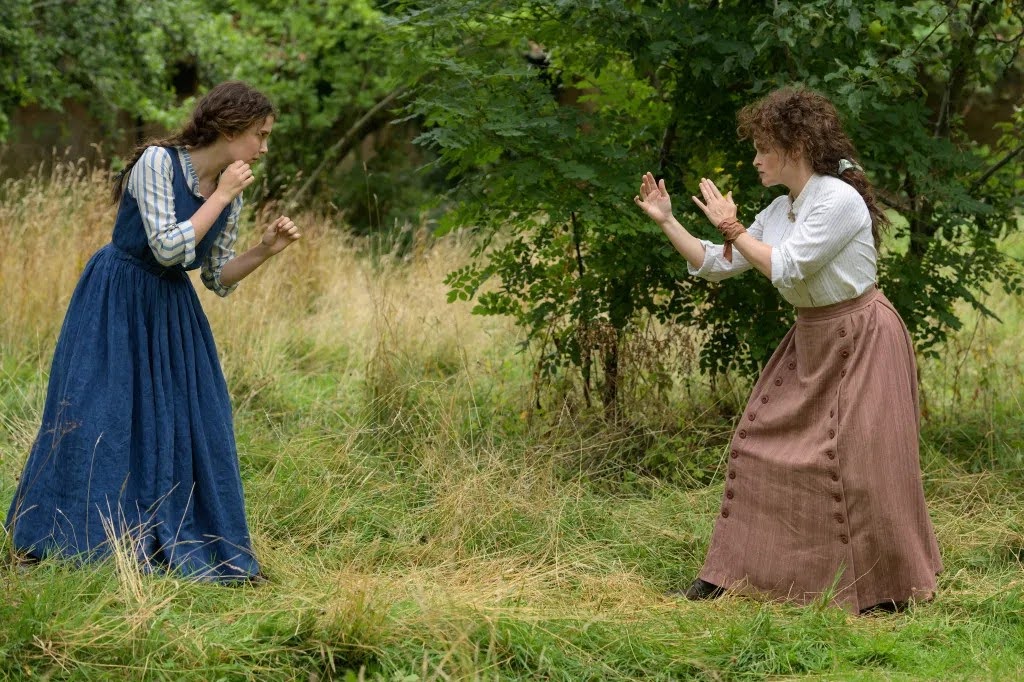 Courtesy of Geeks of Color

Although Sherlock plays a role in the movie, he isn't the main focus. There isn't even a Watson to accompany him. Instead, the plot focuses on Enola's adventures, relationships, memories, and personal development. Enola's interactions with her brothers show Mycroft as a closed-minded, somewhat misogynistic bureaucrat, and Sherlock as a brilliant but complacent celebrity who is blind to his own privileged position in life. Sherlock is more open-minded than his brother about his sister's behavior and even comes to respect her intellect, but still retains some loyalty to historically masculine institutions of power.

Enola's relationship with her mother is particularly interesting because it demonstrates the difficulties that a progressively-minded mother had to face at the time when deciding how to raise her daughter. I must admit that I don't entirely understand why her separation from Enola upon her sixteenth birthday had to be so complete, but one can still appreciate that a woman in her position would be fully aware of the limitations that gender would place on both her and her child. 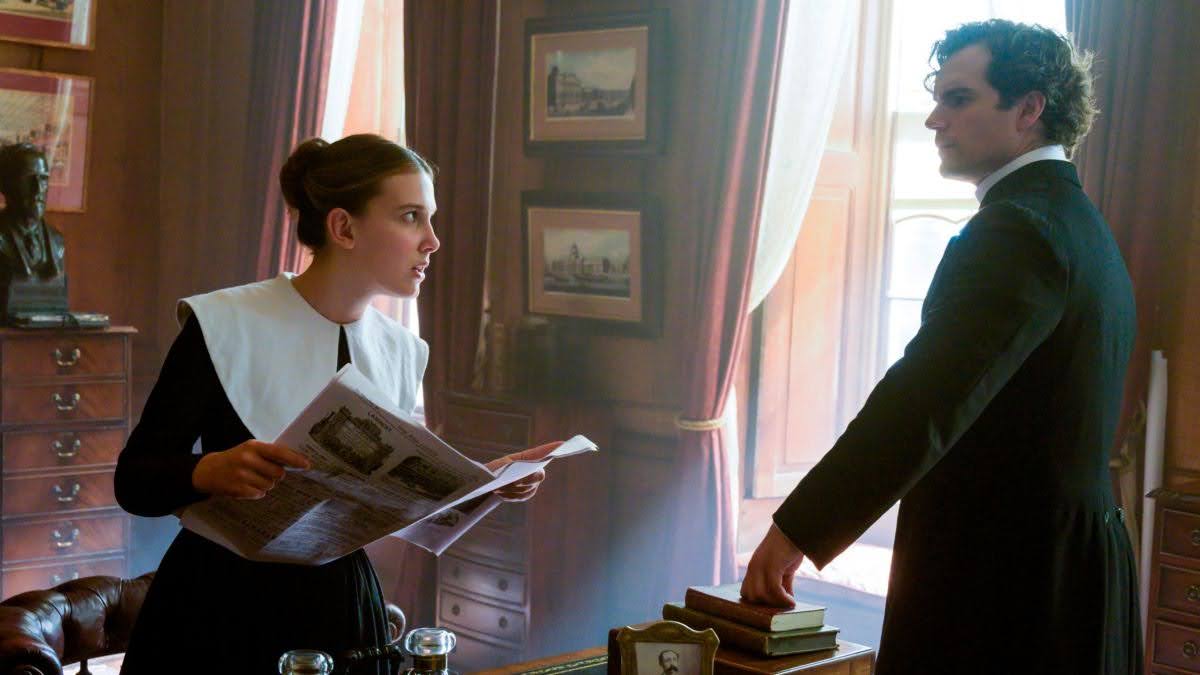 In fact, I believe that the film's primary strength is its humorous (at times), pointed (at other times) depiction of problematic gender expectations. It takes a skillful hand to illustrate key societal inequities without making audiences feel as though they've just taken their spoonful of medicine. For example, there are several instances where Enola is told that she should lose a few pounds and use shapewear to achieve the perfect feminine figure. Enola fires back that there is nothing wrong with her, and that her body functions as it should. Eventually, though, we see that she takes advantage of the performativity of gender to conceal her identity while she is on the run. These moments make for some particularly hilarious encounters. The film also depicts ordinary women engaging in traditionally masculine activities, such as martial arts, in a way that feels neither forced nor contrived. The marquis likewise demonstrates that restrictive gender expectations harm everyone, since he, too, is a young person who doesn't fit the mold set forth for him by his family. Furthermore, the story is seamlessly interwoven with a historical moment in British legislation: the decision to give women the right to vote. Many key points of the plot hinge on the degree to which various characters agree with the country's new direction.

If I had to complain about anything, it would be that there were a couple of moments where tension was resolved in an awfully convenient, but never explained, way. For instance, Enola escapes from her finishing school in a trunk but is nearly discovered by the headmistress. The trunk is taken into the headmistress's office, and we are sure that Enola is done for, but somehow, when the headmistress lifts the lid, Enola has miraculously vanished, leaving behind an irreverent caricature drawing. We are never shown how this feat is accomplished.

Another such convenient occurrence takes place at the climax of the film, when Enola and the marquis return to his family home to confront the family member they think is behind the plot on his life. Magically, the assassin shows up there, too, although there is no explanation for how he knew Enola and the marquis were coming. The marquis is also shot at point-blank, but conveniently survives because he somehow found time to put on an armor breastplate while he was fleeing from the assassin. 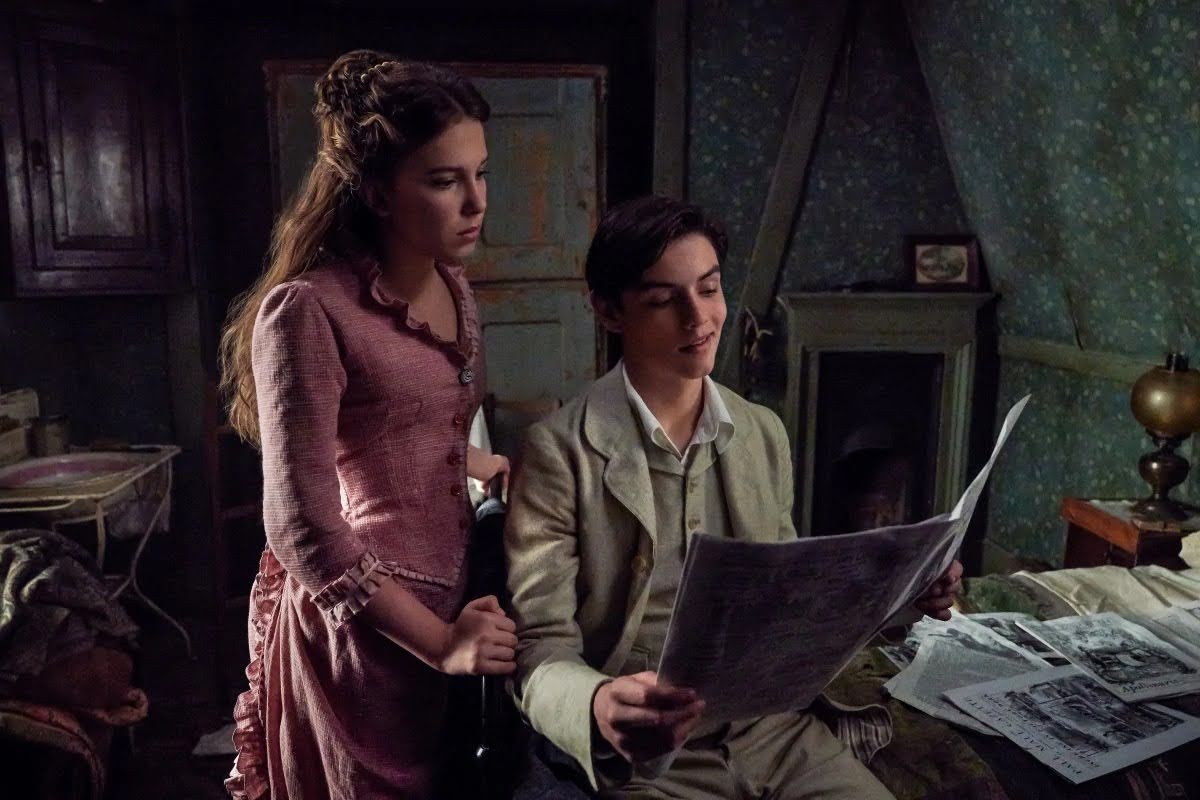 However, despite these moments that were simply too good to be true, I would highly recommend this film, not only for the masterful handling of relevant themes, but also for the beauty of the storytelling. Enola Holmes maintains the feel of a whimsical, witty novel, complete with titled sections and illustrations. We are treated to lush, aesthetically pleasing scenery and props, from the charmingly chaotic family home, to the period-style Scrabble tiles Enola frequently uses throughout the film to break codes.

The main character also breaks the fourth wall from time to time to speak directly to the audience and draw them into her plots. Millie Bobby Brown is particularly refreshing in the title role, lending the character vigor, vibrancy, and complexity. I also personally enjoyed seeing her versatility outside of the set of Stranger Things.

Have you caught Enola Holmes yet? Tell us your thoughts in the comments below!