The world is a spooky place.

From Insidious-like selfies to possessed dolls, these people claim these hauntings are just like the movies.

Niall Day, a typical everyday teen, was doing what every typical everyday teen does—taking selfies in his room. Once he found the best one, he, of course, posted it to social media. It wasn't until his grandmother chimed in that Day took a closer look. Much like the movie Insidious, Day was left a little unsettled after his grandmother pointed out that he was not alone in his photograph. A ghostly figure can be seen in the background of the selfie. Grandma Peters noticed this and simply commented a cryptic, "There's a ghost in that picture." 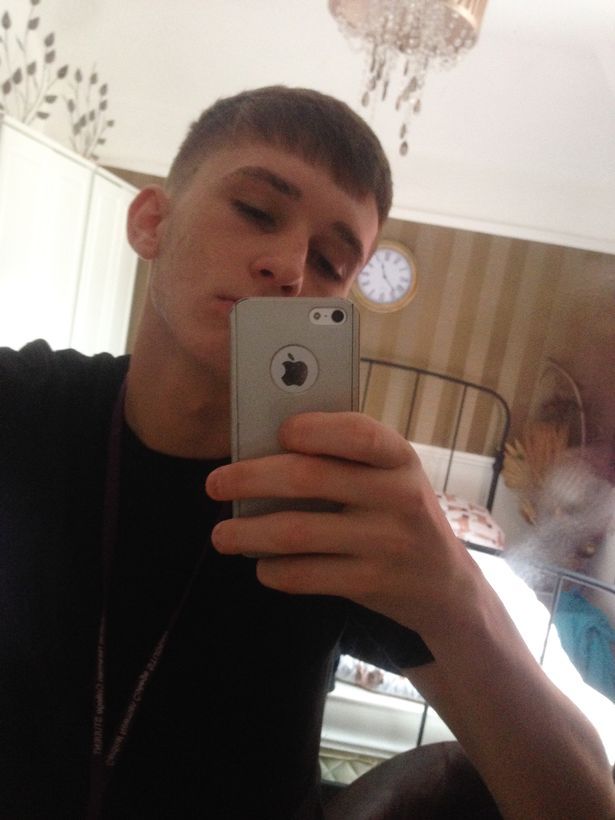 The Day family claims their home has been haunted for years. Day believes his selfie captured the ghost that has been haunting his home since they moved in (about six years ago). And his experiences are much like the movie Insidious.

"One time I woke up during the night and it was just sat there in the corner of my room growling at me ... it was like the film Insidious. When I turned off the lights it just groaned and I could see a black shadow. I remember screaming for my dad, and it just kept appearing and disappearing."

Among growling and shadowy apparitions, the Day family has heard several times from neighbors and passers-by that they see shadowy figures in the window of Niall's room. Whelp, time to burn the house down and start fresh!

A Cabin in the Woods-esque haunting

If you've never seen the movie you probably won't get it. If you have, then imagine one town's police officers getting calls for every ghost, ghoul, and monster imaginable. That's what it's like for police in a town called Devon in the UK. Over the past few years, Devon officers have been called over 17 times for reports of ghosts, vampires, zombies, and other suspicious paranormal activity. More specifically, reports were calls about vampires drinking their own blood, ghosts trying to break into houses, and a zombie wandering the streets. Once, officers were called by a person who believed they had seen a UFO near the Devon woods that "shot off into the stars."

A spokesperson for the Devon Police claimed that police would not regularly show up for a report for paranormal activity, but they would attend if they had specific concern for welfare of the caller or others involved. While it's hard to believe that wandering zombies and blood-sucking vampires really chose Devon to make their home, it's pretty convincing considering SO many people have made these kinds of calls all in the same town. Spooky.

Personally, one of my biggest fears about having security cameras around my house is seeing something I would rather not see. I'm not talking about my great aunt Sally walking around in the nude; I'm talking about ghost stuff. That's exactly what happened to this one family with the chilling footage they were sent by their pet-sitter. The dog sitter decided to send the owners a video of their pets; soon after watching it, the homeowner immediately called the sitter and told her to get out of the house.

In the video, a figure can be seen lurking in the background as the pets romp happily in front of the camera. Shot in Cincinnati, Ohio, the video seemed normal at first, but when you pay close attention, and when the video was slowed down, the owners noticed a person creeping in the background. The homeowners were convinced it was an intruder, prompting a swift request for the sitter to take the dogs and GTFO—BUT, the sitter cites that with no reaction from the animals that anyone was there, a more paranormal conclusion was made.

This isn't without criticism from the internet, though. Others have been pretty cynical towards the footage, claiming it was probably a boyfriend that wasn't supposed to be there. But judging by the reaction of the dog to the sitter, it seems like she had just stepped into the house. Very spooky. Much mystery.

A message from beyond a la The Conjuring

By now, thanks to movies like The Conjuring, more and more people are becoming familiar with the work of Ed and Lorraine Warren and their contributions to the world of paranormal research. Lorraine, especially, is extremely tapped into the spirit world, receiving messages and visions from those who have passed. Well, one paranormal investigator decided to check out the UK's most haunted road and ended up getting a horrifying message of his own.

Phil Sinclair was filming in the woods of Sheffield, South Yorkshire, trying to contact spirits of children and a monk that were known to haunt the grounds. Strapped with his handy dandy EMF device, a tool used to turn energy waves into language (or something like that) recorded several bone-chilling sounds. The device recorded a "terrifying growl" telling the investigator to "get out." But that wasn't even the worst of it.

Sinclair was also given an instruction: apparently the spirit needed something from him. Sinclair replied, "What do you need?" to which the spirit responded "Your soul."

How terrifying! The paranormal investigator/guitar tutor also captured a shadowy figure. He claims this was the most terrifying investigation he's done to date. If I were in his shoes, I'd probably think the same.

What's more spooky than a Victorian-era ghost? A Victorian-era ghost that follows you and your friends around!  The "Grey Lady" was a servant to four Tudor monarchs at London's Hampton Court and has been dead for over 450 years. Though she's dead, she's definitely not dormant. Many claim she still roams the halls—especially 12-year-old Holly who took this photo of her cousin while taking a tour of the palace. 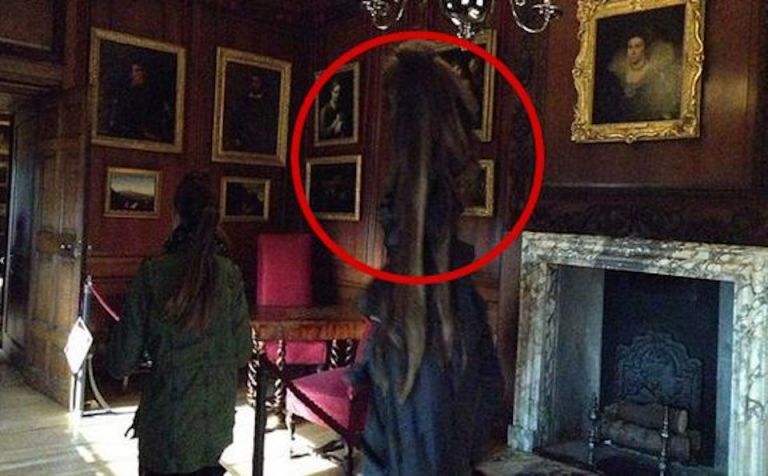 The fall figure looking over the cousin's shoulder, they claim, is very much the Grey Lady. Maybe it's Photoshop, or maybe a spooky creature was checking up on the guests visiting the castle. Story has it, sightings of Dame Sybill Penn have been reported since 1829 when her tomb was removed from the palace after the church she was originally buried in was rebuilt. Shortly after this event, odd noises of a person working on a spinning wheel were heard that led listeners to a secret chamber which held an antique wheel. Most people write off the story of the Grey Lady, but this photo might prove them all wrong. Or it doesn't. Still pretty creepy though.

Convinced by any of these horror movie-like hauntings? Let us know what you think in the comments below!