From Henry V to "the voice of a generation": Timothée Chalamet is slated to play Bob Dylan in a James Mangold-directed project.

Following the smash financial success of Rocketman and Bohemian Rhapsody, director James Mangold (whose credits include Ford v Ferrari, Walk the Line, and Girl, Interrupted) joins the fray by choosing Bob Dylan’s transition from acoustic folk to electric rock as the subject of the next addition to the musician-biopic genre. And he's chosen actor Timothée Chalamet to play the lead part.

Chalamet, of the high cheekbones, chiseled jaw, and piercing eyes, takes on the enigmatic Mr. Tambourine Man singer on the heels of his Academy Award-nominated performance in Call Me by Your Name and his captivating work in Little Women, The King, and Lady Bird. 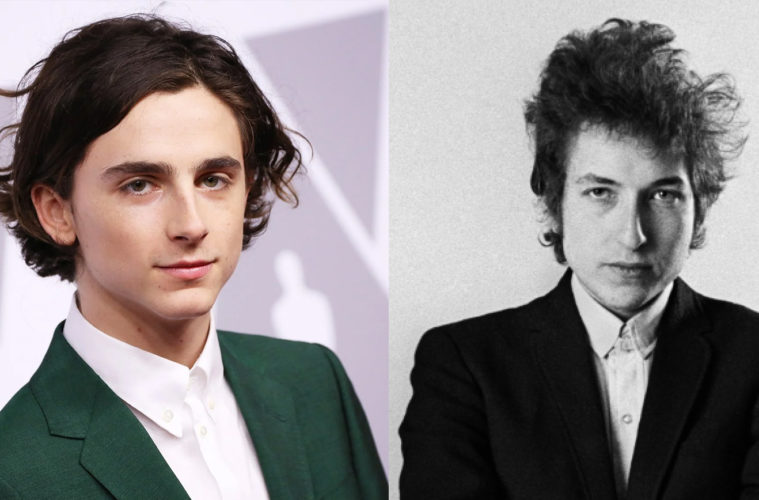 This new project is a bold undertaking for Mangold and Chalamet, as both have been enjoying a recent run of success—particularly Chalamet, whose star is definitely rising.

Going Electric, the rumored title of the film, will present some challenges. It will presumably cover Dylan’s famous 1965 Newport Folk Festival appearance, during which he was booed and derided for playing with an electric band. That moment turned out to be a pivotal turning point in not only Dylan’s career, but in the history of popular music itself. Mangold will have to bring that historic moment to life, and Chalamet will have the challenging task of portraying Dylan at one of the most provocative and amphetamine-fueled times of the artist’s life.

What do you think? Is James Mangold the man to do justice to this electric moment in music history? Can Timothée Chalamet embody America’s most unlikely Nobel Laureate? Leave a comment and let us know!

To Mask or Not to Mask: Today's Update From the CDC