USDish.com has a job offer that horror fans can't refuse!

Have you taken a Shine to the Overlook Hotel? Really, really love clowns? Have an unhealthy, leg-smashing obsession with your favorite author, Stephen King? If so, then there's a job that you'll want to take on (unfortunately, no, it's not the caretaker of a haunted hotel in the Colorado mountains).

USDish.com, as part of a promotion for the upcoming Stephen King movie release, Dr. Sleep, is on the hunt for one lucky fan to binge on some of the best movie adaptations of Stephen King's novels. The company will be asking you to track your experience during the viewings, from your heart rate to your jump scares. It wants to know all of your thoughts on the movie and will even ask you to log your sleep patterns after watching each one.

"Halloween is just around the corner, so it’s fitting you get cozy with Carrie or play fetch with Cujo. Maybe take Christine for a spin and see where it takes you. In the process, tell us how everything’s going. How’s your heart rate during the scary scenes? Which movie’s your favorite or least favorite? Are you watching these flicks alone, or bringing a friend along so you can have night terrors together? You tell us, we pay you $1,300. Simple! Scary, but simple!" says USDish.com. 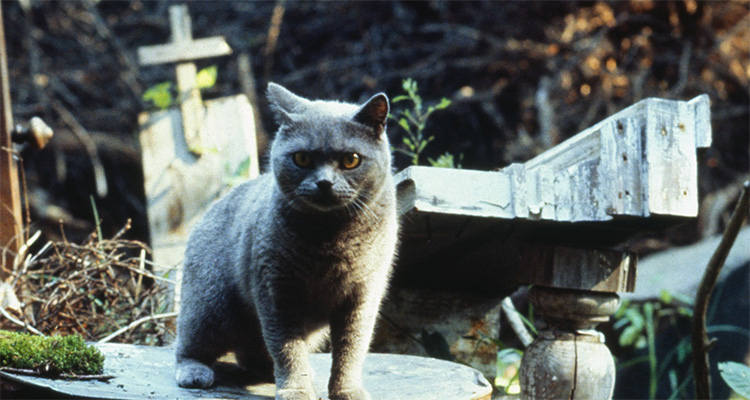 According to USDish.com, the 13 Stephen King movies you will watch are:

USDish.com is encouraging anyone, from horror buffs to scaredy cats, to apply for the chance. In exchange, you can watch the movies for free, as well as a survival kit, a Fitbit to track your heart rate, a movie gift card to watch one of the new Stephen King adaptations, and $1,300 to scare up all those needful things your heart desires.

If this is your jam, head over to USDish.com to apply. Don't waste time because people are going to be applying faster than Pennywise blows up red balloons, and you don't want to be left out in the cold ala Jack Torrance.

Don't be like Jack. Apply today! Courtesy of GIFER