Just when you thought it was safe to go to the circus again, Pennywise the Clown is back in "It Chapter Two."

Stephen King's classic tale of creepy things that go bump in the night continues in this second installment of his best-selling horror novel on the silver screen. IT Chapter Two is slated to hit movie theaters on September 6, so you've got time to read the book or at least re-watch the first movie before then.

Turn off the lights and check out the official trailer, courtesy of Warner Bros. Pictures:

As you can see, the movie brings back The Losers Club, 27 years later, to their hometown of Derry. The protagonists are now being played by A-list actors like James MacAvoy, Jessica Chastain, Bill Hader, and the inimitable Bill Skarsgård. His take on the horrific Pennywise the Clown will keep you awake at night, guaranteed.

No spoilers, but you should REALLY watch the first movie to get caught up. The original novel was written in two parts so you'll probably enjoy this more if you know what's actually going on. IT, the first movie, is currently available to stream on Amazon Prime and YouTube Video. If you want to go old-school, the book is available to purchase here as an audiobook or hardcopy.

At the very least, the movie will undoubtedly thrust clown costumes to the forefront of Halloween trends this year. If it does as well as the first one did, Warner Bros. Pictures is in for another blockbuster.

Want to really immerse yourself in the story? Alamo Drafthouse will be hosting clown-only screenings in 17 cities across the country. It's time to dust off that rainbow wig and join your like-minded brethren. 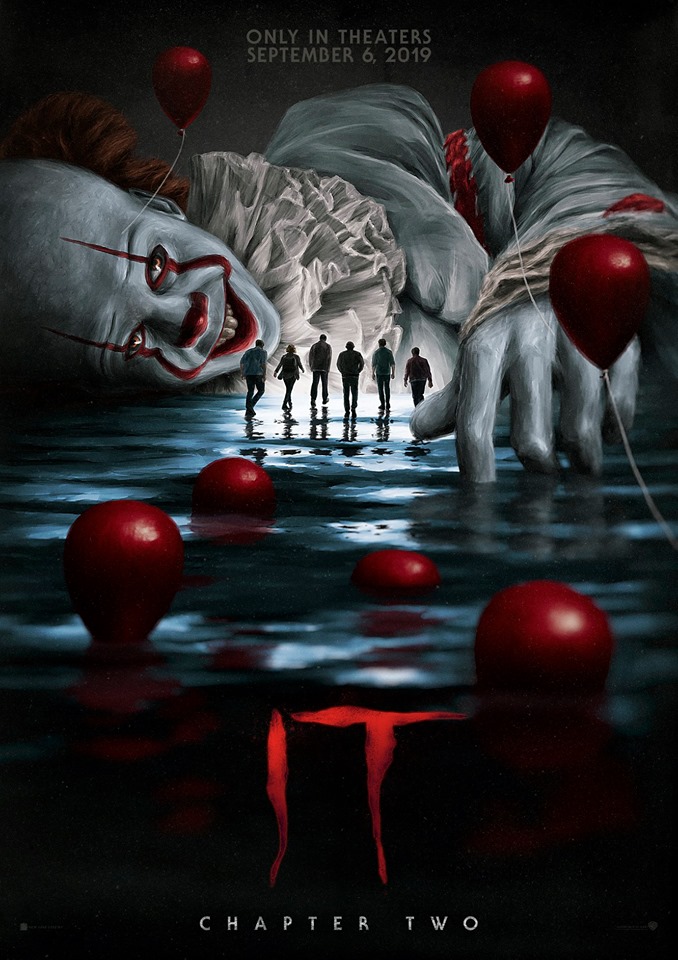 **All of the photos in this article are courtesy of the It Movie Facebook page.

Are you excited about this next offering in the IT franchise, or do you find these reboots on the trite side of the spectrum? Let us know in the comments!