How you cook something is often as important as the ingredients you're working with.

Those of us who love to cook know the anxiety when you're knee-deep in flour and suddenly come across recipe instructions you don’t understand. One of the reasons for this is that many cooking words come from other languages. So, in order to help any of you budding chefs out there, here are 10 cookbook terms every home cook should know.

Folding sounds easy, but it’s not as easy as you might think. Make sure to use a spatula when folding—you are NOT stirring. To fold ingredients such as eggs into a recipe, you want to start on one side of the bowl and scoop under the heavier mixture already in the bowl and then fold that mixture over the lighter ingredients you just added to the mix. When folding, you want to just intermingle the ingredients together, not completely blend them. 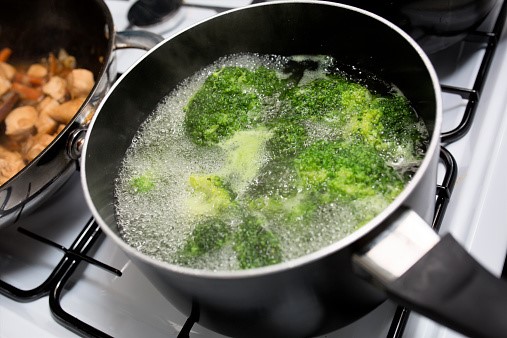 Blanching is the process of briefly dropping vegetables or fruit into boiling water and then submerging them in ice cold water. Many vegetables such as green beans and broccoli taste better and are easier to eat this way be it on a vegetable tray, a salad, or in a dish such as stir-fry. Blanching is also used with fruits so the skin can be removed easily when canning or tomatoes for tomato sauce. 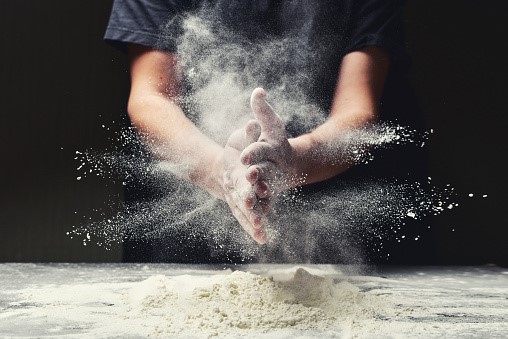 My mom taught me how to dredge, which basically means to lightly coat food with breadcrumbs, cornmeal, or flour. Even more precisely, according to Home and Gardens, "Many recipes call for dredging in combination with dipping in a liquid (such as eggs or buttermilk) and then a seasoned coating. That is actually breading. Dredging is just the part where you coat food in a dry ingredient, flour being the most common dredge used."

Fines herbes is a French word and called for in endless recipes. The herbs this refers to are parsley, tarragon, chives, and chervil. Whether being used for sauces or a chicken dish, these herbs need to be finely chopped. You can find a recipe for Fines herbes at Chowhound.com. True French dishes want you to use the fresh herb mixture, but dried Fines herbes can also be bought. The Spice Hunter brand is one I’ve used with good results.

Braising is a process that creates some of the tastiest and tender meat dishes. To braise, you'll need to heat 1-2 tablespoons of oil in a medium-high heated pan. After searing all sides of a piece of meat nice and brown, add enough water or chicken broth to have at least an inch of water in the pan. Turn the heat down to low and cover with a lid meant for the pan so evaporation does not occur. Cook most meats for at least 2 hours or until desired tenderness. The longer it cooks, the softer the meat. Keep an eye on your liquid level in the pan and add water if needed during cooking. 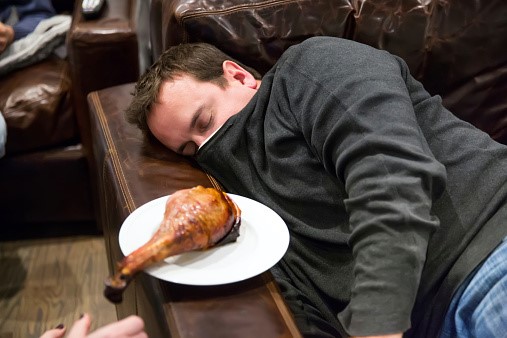 There's no time to nap when cooking! The French word "Nap" means to evenly cover a food lightly with sauce in an even layer—like a blanket.

I first heard of bechamel when I was following a recipe for lasagna—some fancy mac and cheeses, egg dishes, and soups also call for it. “In its purest form, béchamel is comprised of butter and flour that have been cooked together (a mixture that's also known as a roux) and milk, with just a bit of seasoning," says BonAppetit. It's basically a sauce that's used by itself or with other sauces, as a base.

Brining is a good way to keep meat juicy. Brining marinates meat in sugar and salt, which you'll need equal parts of. The meat can be soaked from six to 12 hours in the mixture of sugar, salt, and cold water. 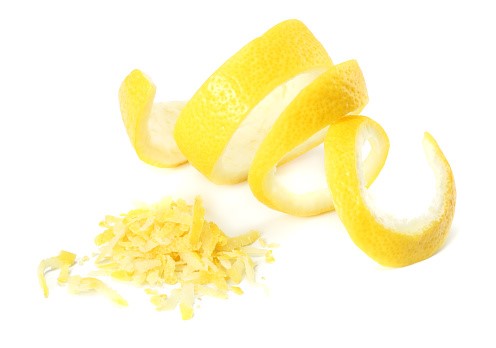 Most of us know about lemon zest. Zest also refers to any aromatic citrus peel to flavor food and is called for in hundreds of recipes. Did you know there are three ways to zest a fruit using “a paring knife, a zester and a microplane or grater?," says Instructables.com.

Many dishes will ask you to parboil vegetables, rice, or potatoes. Parboiling is when food gets added to boiling water, but they're only cooked until they're soft before they're taken out. Basically, you're just softening the food in the hot water.

What is a cooking term you think everyone should know, but might not? Let us know in comments.

9 Boozy Hot Drink Recipes to Cozy Up To