When it comes to Colorado weather, anything is possible. In fact, this is probably the only place where I've experienced thundersnow (though I know it happens elsewhere). And that doesn't stop us from doing what we do best. We still run, bike, hike, ski, and more, so why should we let the weather stop us from eating ice cream? Contrary to popular belief, winter is actually the best time to eat ice cream. Now, most ice cream connoisseurs that I know don't care what the mercury reads, they'll still enjoy a scoop or two. But the general public? They're somehow under the impression that ice cream consumption should be dialed back when the weather gets cold, but here's why they shouldn't:

Reason one: Ice cream is the perfect food for sore throats, especially bad ones. That's because ice cream can provide the calories, among other things like calcium and protein, to someone who may be struggling to eat normally. On top of that, it's coldness can help soothe and numb an irritated throat. Plus, who doesn't love a medical excuse to eat ice cream?

Reason two: Ice cream parlors are often less busy than they are in the summer. Go ahead, get seconds because you're not going to spend all night waiting in line, and that's a luxury in and of itself. 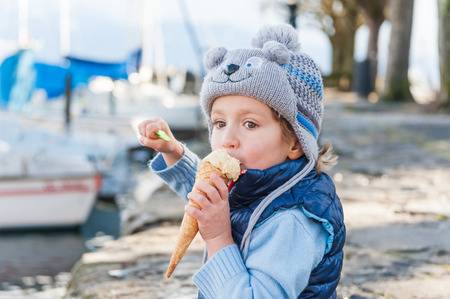 Reason three: The cold weather means that your ice cream doesn't melt as fast, and you get to enjoy more of it as it's supposed to be. I almost don't enjoy ice cream in the summer because it's more of a game of "don't let the luke-warm runs drip" rather than a cooling treat.

Reason four: Even if it's cold out you can still enjoy God's gift to humanity in a warm car, ski lodge, or even by a fireplace.

What are your thoughts? Is it ever too cold to eat ice cream? Let us know in the comments below!

Want to hear more about what's going on in Colorado? Did you hear that Colorado was named the healthiest state?