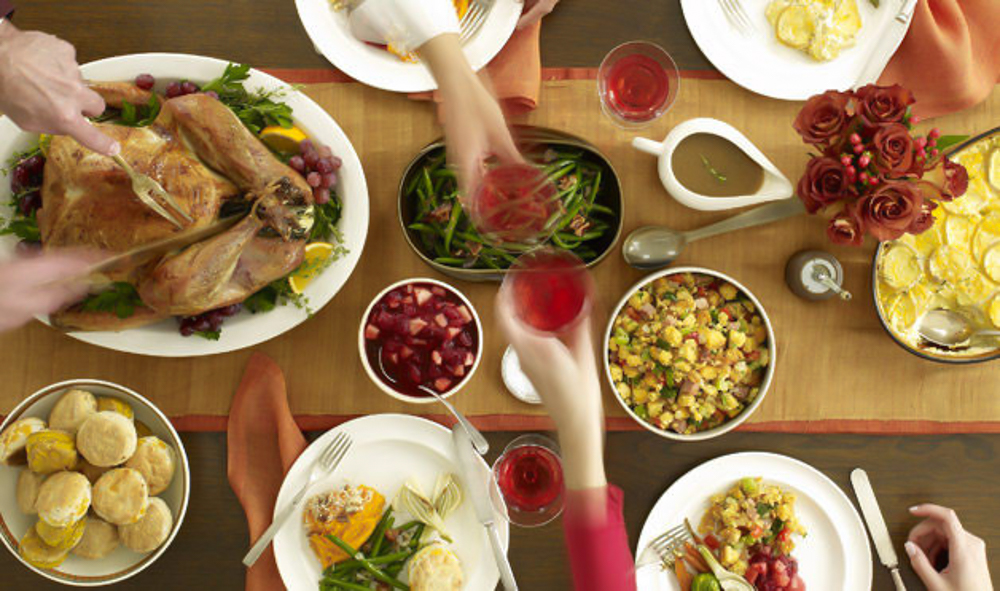 Jell-O should be ashamed of itself.

Turkey, pumpkin pie, and all the fixings. That's generally what you think of when you imagine the feast on the day of thanks. However, dig a little deeper into the meal to see its dark side, filled with Jell-O, mayonnaise, and, yes, Taco Bell.

Now, of course, everyone has their favorites when it comes to the Thanksgiving dinner. I'm partial to smoked turkey, cornbread dressing, and cheesy potatoes. I don't have anything I can't stand (as long as tomatoes stay far, far away from my plate), but I'm fairly impartial to the family's green Jello-cottage cheese salad (though it's actually pretty good), and most of the pies. I'm sure your family has its interesting foods that make their way on the table that you either ask for more or pass the plate.

Of the more popular foods to hit the table, there are tons of lists out there that ranked the "worst." Among the honorees are canned yams, tofurky, Brussel sprouts, and green bean salad. I'm sure your Aunt Betty's carrot-cranberry mayonnaise slaw is somewhere on that list.

But as strongly as some people feel about not eating the foods above, there are waaaaaaaaay worse things that you could be putting on your plate. This list takes a look at some of the most cringeworthy, stomach-turning foods (and one strange between-course suggestion) ever to be dished up and put on a plate.

So, tuck in your napkin, and grab a seat at the table for some of the worst Thanksgiving foods ever to be made. Basically, everybody just stuck everything in Jell-O.