New Cidery Coming to Denver in 2019

New Cidery Coming to Denver in 2019

Waldschänke Ciders will serve up craft ciders inspired by those in Switzerland.

A new Swiss-inspired cidery, Waldschänke Ciders, is set to open shop in early 2019. Pending city approval, the cidery will open at 4100 Jason Street in Sunnyside. Co-founder John Dufresne and his wife, Ruth, began planning to open a cidery in Denver after a trip to Switzerland with Ruth's father, during which they visited the original Waldschenke.

"We just loved the concept and the idea and always talked about doing it ourselves,” said Dufrense. While cider is more widespread in Europe, it's gaining popularity in the United States. There are a handful of craft ciders made in Colorado, along with several cider tasting rooms.

Dufrense hopes to recreate unfiltered ciders as produced in Switzerland, along with barrel-aged ciders. “There’s not going to be anything traditional about us,” he said. “We want to be funky and explore the boundaries with inventive ciders.” The variety will include a line of ciders flavored with black currant, hops, and an English tea blend. 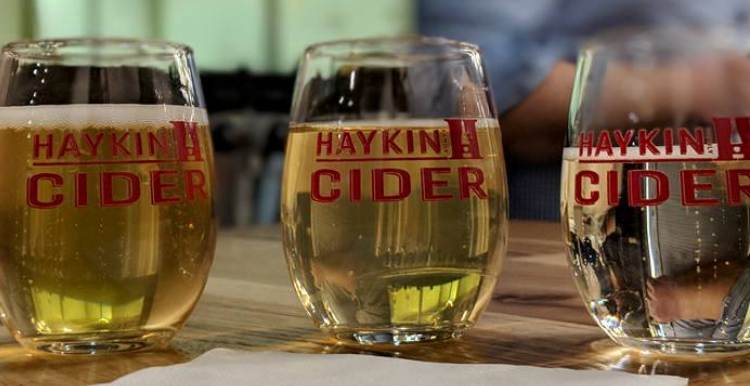 John and Ruth plan to feature 16 ciders on tap, which will include a handful of their own ciders along with other ciders made in Colorado. To make Waldschänke the best of both worlds, they also plan to brew coffee in the morning.

Dufrense believes Sunnyside is an ideal location for the cidery, which will be situated adjacent to a condo building and in close proximity to the light rail. He imagines a vibrant atmosphere where people can bring their laptops in the daytime and enjoy a variety of activities at night, from trivia nights to cider bingo to live music. Colorado fur parents can rest easy knowing that the cidery will have a dog-friendly outdoor area, which will also include a bocce ball court.

If you're already getting restless waiting for this cidery to open, be sure to follow Waldschänke Ciders on Facebook for updates. You can also check out their cider-making process here.

What's your favorite Colorado craft cider? Let us know in the comments.