Doumar’s Cones & Bar-B-Q has been a part of Norfolk’s history for 111 years. In fact, the late Abe Doumar is credited with inventing the waffle ice cream cone at the 1904 World’s Fair in St. Louis –and that very same machine is still standing at the entrance of the restaurant on Monticello Avenue today. 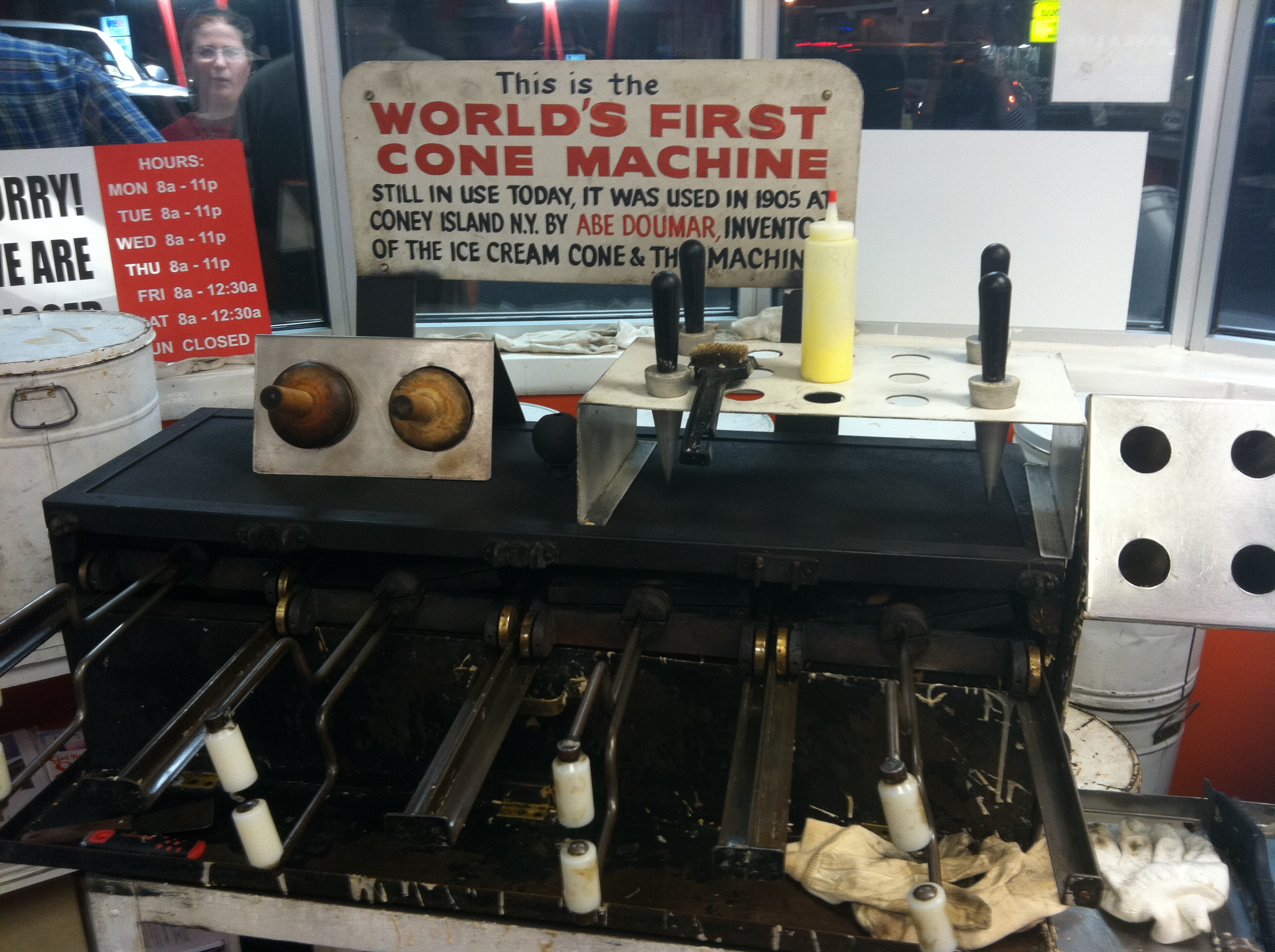 Now, Food Network celebrity and chef Rachael Ray is interested in featuring Doumar’s on her show, the “Rachael Ray Show.” The segment will air on Fox stations on Thursday, Oct. 4, at 10 a.m. as a part of a special National Food Holidays episode.

"Rachael Ray found out we were the inventor of the ice cream cone," Windley told The Virginian Pilot. "They said, 'Hey, we’d like to see what you guys are about.' My wife, she's the Doumar in the family, did some video with her brother Thad.”

Kathy Doumar-Windley shot footage at Doumar’s on Sept. 22 in honor of National Ice Cream Day, and her tape left the producers hungry for more.

"We gave them about an hour’s worth of footage baking cones, giving our story," Windley continued. "I have not seen the final product. They said to send everything we could, so I'm sure I showed up in a few bloopers.”

While the restaurant isn’t planning on hosting a viewing party (10 a.m. is way too early for that), Windley said they’d tape the show.

This isn’t the first time Doumar’s has garnered Food Network’s attention. In 2008, Doumar’s was featured on Guy Fieri's “Diners, Drive-Ins, and Dives.” It’s rumored Fieri loved the ice cream shop so much that he even visited twice!

Thursday is also National Taco Day! Here's where to go ...

Shave Your Beard, Get a Free McRib at McDonald's!