Larry Herz of OCN Eats and Hannah Rice of OCN Street Team got schooled by fellow Korean and foodie enthusiast, Aimee Pennington, while touring the mega Korean supermarket H mart and Mr. Bakery in Aurora's Koreatown. K-town has been nestled in southeast Aurora since the 1990s, but many locals haven't discovered it, yet. So, here's your chance.

H mart also boasts a legit seafood section with live seafood: literally from the tank, to butcher, to your table. And for the truly cultivated seafood cook, they offer fresh geoduk (long neck clam) Oh, did we mention that it's also a grocery store filled with Korean staples like persimmons, ginseng, Asian pears, daikon radish, peeled garlic, mung beans, tofu, and on and on? They sell some of the most beautiful meat selections you've ever seen: LA Kalbi, pork belly, and oxtails to name just a few. And in true Korean fashion, there's also a store within the superstore that sells anything from rice cookers to socks to ceramic tea sets to Yos (Korean bed).

In the words of Larry, "You could spend a year in that store!" H-Mart is short for Han Ah Reum which is translated to "one arm full of groceries," but take it from the OCN, you'll definitely want two arms when you shop here.

INSIDER TIP: An HACCP seal on a Korean food product is the same as a USDA Organic label on a U.S. food product. 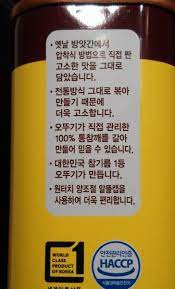 Onto Mr. Bakery, which is just right next door—think French-fusion-Korean-pastry-heaven! Although not an original Korean cuisine, Korean bread became popular in the 1980s with the establishment of Paris Baguette. From savory to sweet, you can find the pizza roll (a fav) with hotdogs, ketchup, and cheese on a bread that's to die for to custard-filled pastries, roll cakes with blueberry and pineapple, and so many more treats! It's like stepping into a French pastry shop but with a twist to suit the Korean palette.

INSIDER TIP: They have their own bakery in the back and make the bread daily.

OCN Eats and the OCN Street Team had a great day hanging out together learning about and eating all-things Korean with Aimee! If you're ready for a trip halfway across the globe but want to stay close to home, a little piece of Korea sits in Aurora just waiting for you to discover its incredible cuisine and rich culture!

Want the OCN Street Team to swing by in the Street Machine to see some other great places in Colorado? Let us know some of your favorite spots in the comments or reach out to [email protected] if you'd like us to come to your place of business or community event!