PSL Sauce Has Already Arrived at Starbucks Stores—So When Will the Pumpkin Spice Latte Return?

PSL Sauce Has Already Arrived at Starbucks Stores—So When Will the Pumpkin Spice Latte Return?

I think we can all agree that Starbucks' Pumpkin Spice Latte (aka PSL) is the best drink of the fall season!

The time for the return of Starbucks' Pumpkin Spice Latte is nigh upon us, and we are anticipating hoping that its arrival will be sooner than last year—which, for the record, was August 28 (its earliest debut ever).

We recently came across a Business Insider report that suggests the drink's return will land somewhere between August 26 and September 2, though Starbucks has not yet announced an official date. In fact, here's a handy-dandy chart that Business Insider put together to show us the evolution of PSL launch dates past. 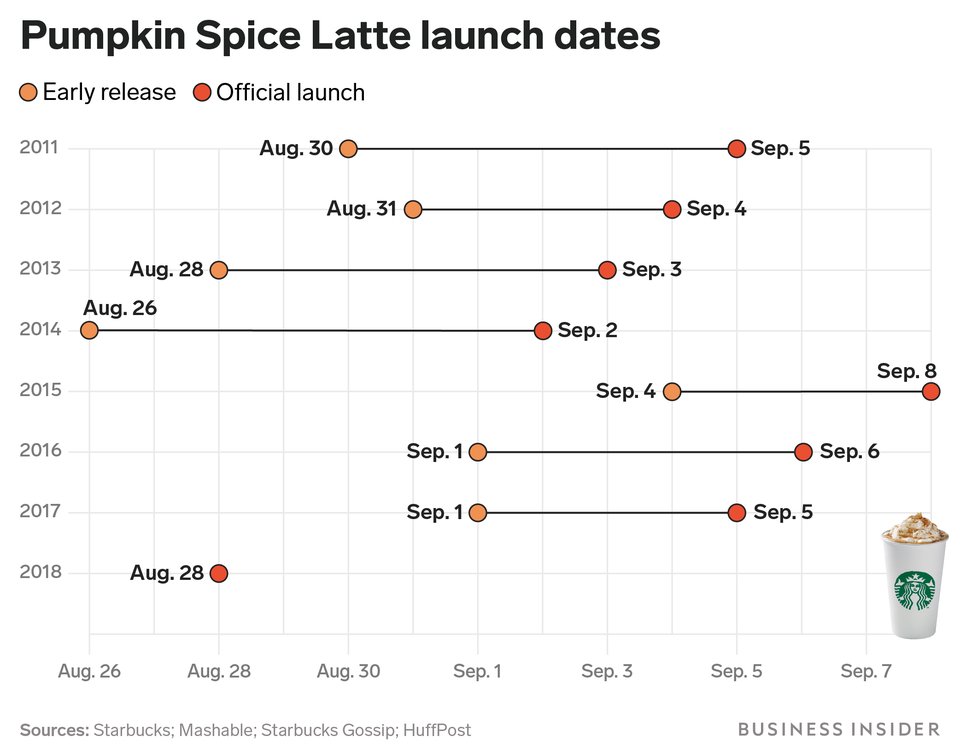 Regardless, since it's already August, it will only be a matter of weeks until we can get our hands wrapped around a cup of hot bliss!  (And all the basic white girls rejoiced).

Because we're all about hard-hitting journalism here at Our Community Now, we've been searching the internet high and low for any teasers we can find. Employees at the popular chain posted to social media that Starbucks has already been receiving the pumpkin syrup (holla!), thus increasing our desire and curiosity for its debut.

Reddit user "Its Brittany Bitch" posted a photo of the syrup online, which quickly gained over 85,000 likes: 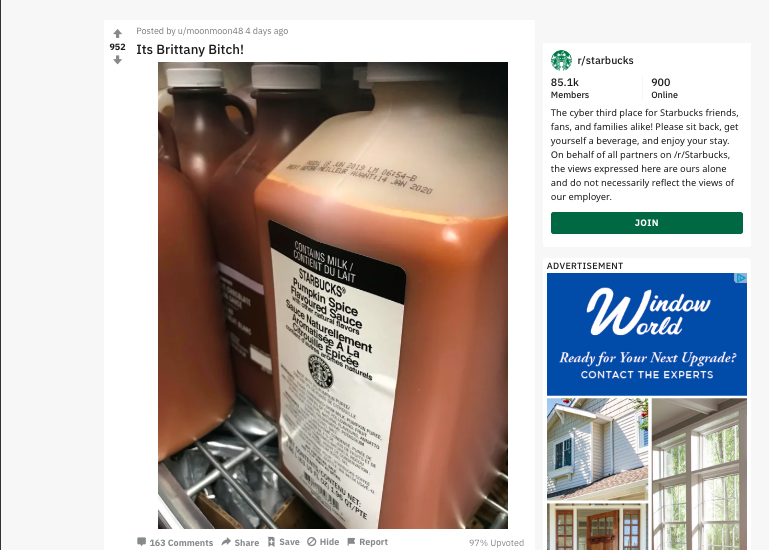 Courtesy of Its Brittany Bitch

Which delicious pumpkin spice creations will Starbucks come up with this year? Time will tell. In the meantime, you can try to find the Starbucks PSL coffee creamer at your local grocery store.

Whenever PSL make its triumphant return, it will be well worth the wait.

Are you excited? Do you have any insider info on the return date? When do you think it will return? Tell us in the comments!