Take Our Poll: Is It Spelled 'Doughnut' or 'Donut'?

Take Our Poll: Is It Spelled 'Doughnut' or 'Donut'? 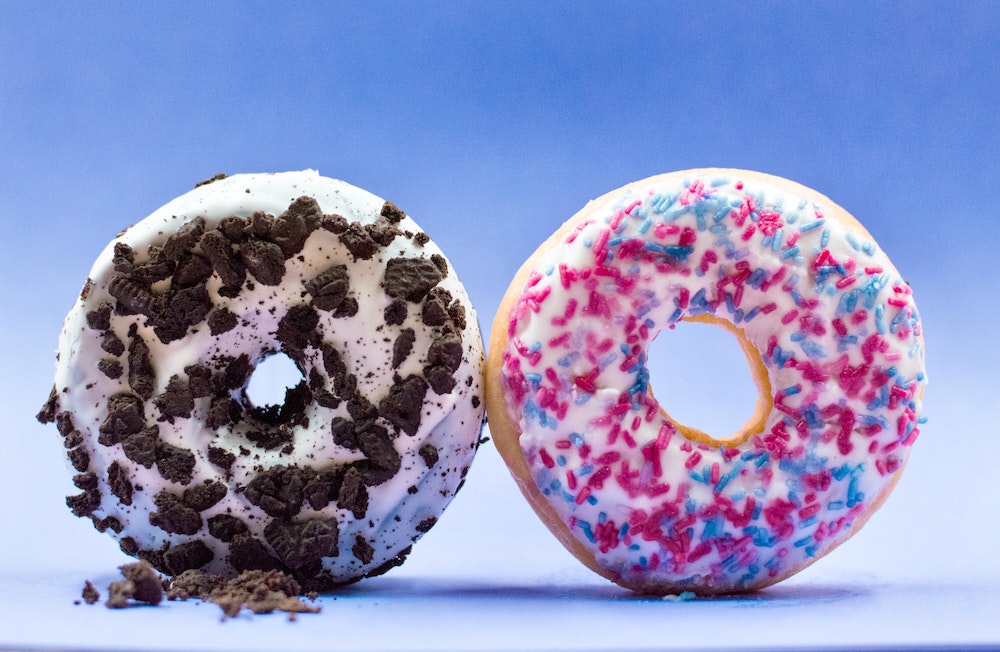 Photo by Alice Pasqual on Unsplash
shares
Join the Community

Which way is correct?

With this Friday, June 4, being National Doughnut Day (or is it National Donut Day?), we wanted to ask you, our dear readers, which spelling is correct: "doughnut" or "donut"? Is there even a correct way, or does it depend on the individual? This is what we're here to find out.

Before we dive in, cast your vote below to let us know which spelling YOU believe is correct:

In a piece by TIME, the official spelling is "doughnut."

"The expedited, simplified, Americanized spelling of 'donut,' as Grammarist tells us, has been around since at least the late 19th century. It didn’t catch on, though, until late in the 20th century," writes TIME.

However, according to Merriam-Webster, either spelling is correct—in fact, it includes both spellings in its dictionaries.

So, which one is it? Honestly, we've no idea. Some people believe "doughnut" is correct, while others prefer "donut." Me? I use both interchangeably, it really depends on the situation. You do you, boo.

What do you think? Are you for "doughnut" or "donut", and why? Share your thoughts in the comments below.