Target Is Releasing a 'Peeps' Cereal, and We Can Feel the Sugar High Already

Target Is Releasing a 'Peeps' Cereal, and We Can Feel the Sugar High Already

First, it was coffee creamer. Now, it's cereal.

After Peeps stated it was breaking into the coffee creamer business, we thought that'd be the last we'd hear of the springtime favorite treats for a while. But alas, it's been announced that a Peeps cereal will be hitting Target stores soon.

Peeps are staples during the springtime, especially around the Easter holiday, but now you'll be able to enjoy the marshmallow treats in cereal form. According to Kellogg's, the cereal is marshmallow-flavored AND it will consist of marshmallow pieces -- double the sweetness! 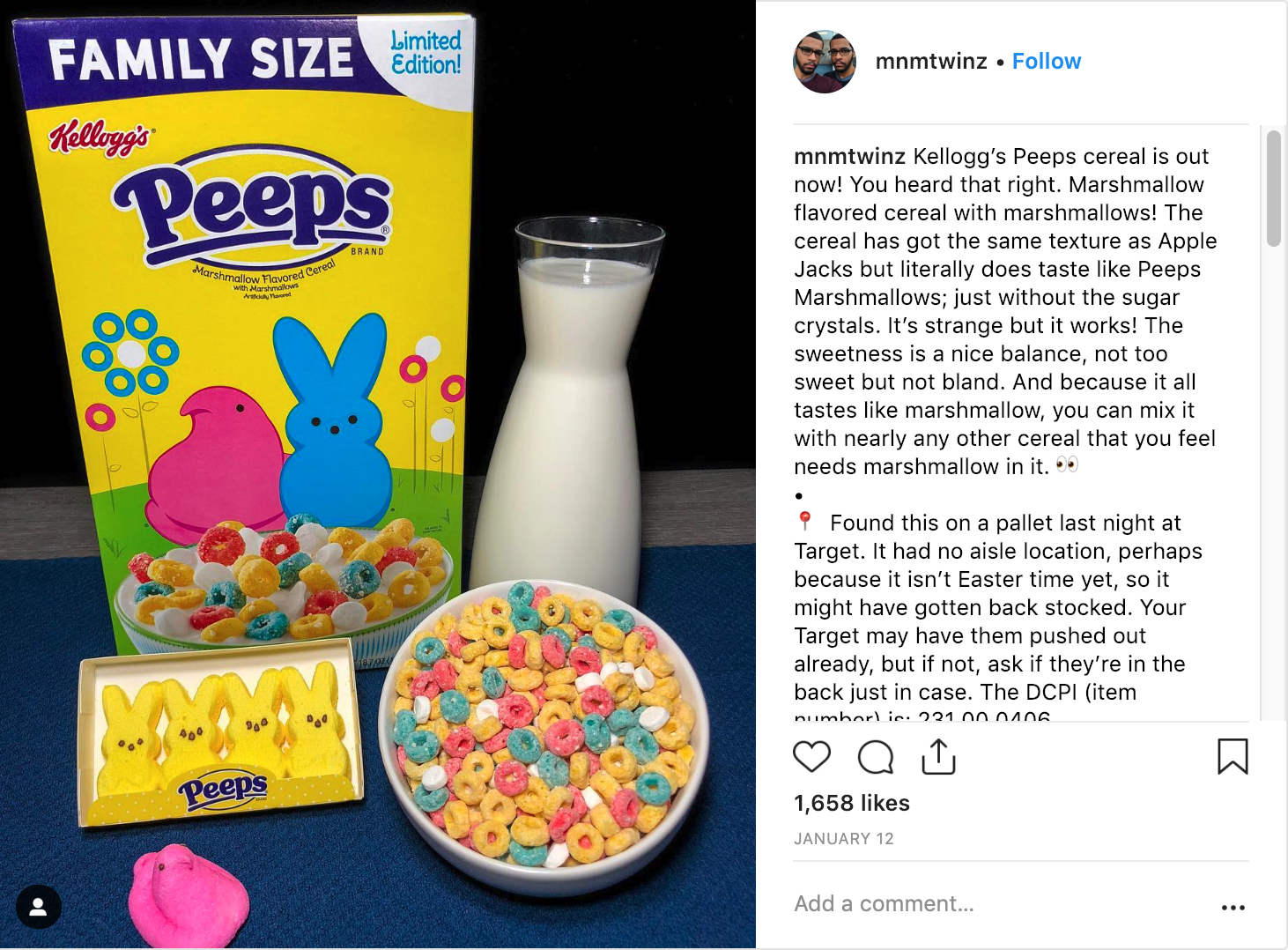 Maybe enjoy drinking some coffee with the Peeps creamer along with your cereal? And hey, if you're feeling extra adventurous, you could even put the coffee creamer in your cereal. Talk about a sugar high!

While some peeps have reported that they've already seen the cereal on store shelves across the U.S., it has yet to be listed on Target's website. The cereal will only be available while supplies last, so make sure you get yourself a box while you can.

Are you gonna try the new Peeps cereal? If so, be sure to tell us what you think!