These are good times for beer lovers in Hampton Roads.

Craft breweries have really taken hold in the Hampton Roads area, and it seems like I hear of new ones popping up every other day around here. This is a topic of some interest to me: I had a Mr. Beer machine and made homebrew quite often, and since that qualifies me as an official Dubious Beer Expert, I see it as my civic duty to visit as many local breweries as I can and report back to you on what I find.

My wife Sandy and I visited Norfolk’s veteran-owned-and-operated Bold Mariner Brewing Company, currently located at 2409 Bowdens Ferry Road. It was Star Wars Trivia Night, and the tasting room was packed with a fun crowd of young and old, men and women, with the military well represented. You can see the shiny, stainless steel brew tanks from the tasting room.

It wasn’t long after trying my first sample of the night, a sour gose (GO-zah) named "You Thinking What I’m Thinking?", when I met founder and president Mike Stacks, who had just finished helping the trivia contest emcee set up his equipment. Mike comes from a long family line of Navy service people and beer brewers.

I had never even heard of a sour beer before. It indeed tasted sour, but it was a pleasant, zingy sour. Being the Dubious Beer Expert that I am, I wondered out loud to Mike if it had something citrusy in it, to account for the sour zing. No, Mike said, the sour is actually what’s called an “off flavor,” which is produced on purpose during the production process. Sours have become quite popular, he said, and I can see why. Very tasty.

“We created 'You Thinking' as a joint project with Elation Brewing, who was opening up nearby, to help them get their name out,” Mike told us.

Later, Mike invited me and two others on a tour of the tanks and other equipment, beyond the boisterous bar and tasting room. Come spring this year, all the equipment will soon be transplanted to Bold Mariner’s new location in Norfolk’s Ocean View area. Construction will begin then at 1901 East Ocean View Ave. to convert the existing 7,000-square-foot building (formerly the Bank of the Commonwealth) into their new production facility. The tasting room at the current location will remain open until construction is completed.

“It’s crucial to recognize that we made this decision after careful consideration. We realize that some people will be disappointed in our departure from Lambert’s Point, but we are confident that we will attract them, and many more new patrons, to our bigger location in Ocean View,” Mike says in a press release on their website. 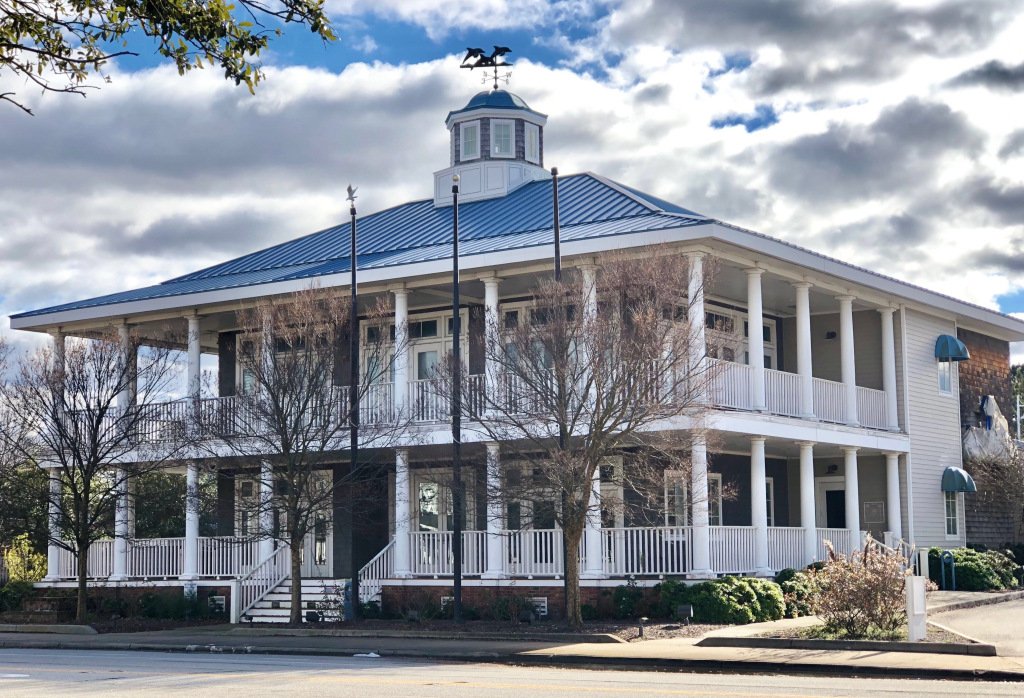 Heading back to my table, I was ready to put my taste buds back to work. I picked up a variety four-pack sampler for myself (Frogman lager, Bold Dominion pale ale, Dog Zebra IPA, and Shellback coconut stout) and for Sandy, a Red Maiden American amber/red. Sandy liked that choice, being a proud redhead. Sandy had signed us up to participate in the trivia contest, joining forces with some friendly, active-duty beer and Star Wars lovers. It was fun, and we made a couple new friends.

Here are some other Dubious Beer Experts' opinions:

Sandy, on the Red Maiden: “Light and happy." (Yes, happy, not hoppy. It’s a redhead thing.)

Me, on the Frogman: “Light and smooth.” (Note: Bold Mariner donates a portion of Frogman sales to the UDT-SEAL Association, a veterans support organization.)

Me and trivia teammate Joe, on Bold Dominion: “Grapefruity.”

Me, on Dog Zebra: “Bitter, my least favorite of the night.”

Me, on Shellback: “Smooth, dark, and coconutty. My favorite of the night.”

Get more technical info on the beers above (and more) at Hop Plotter.

What's your favorite Hampton Roads Brewery? Please let us know – there are so many popping up, it's hard to keep track!

Ever been to the Dirty Buffalo? They're known in Norfolk for legendary wings. Check out our review here!

Costco Has Stopped Selling Its Popular Sheet Cakes, and People Are Outraged