The Piper Inn Has a $5 Late-Night Happy Hour Menu, and I Think I'm in Love

The Piper Inn Has a $5 Late-Night Happy Hour Menu, and I Think I'm in Love

Say what you will about Denver's exploding restaurant scene, all I know is that happy hours are making a comeback in Denver, and that's fantastic news for anyone who loves to eat and drink on the cheap. Of course, who doesn't like to do that? We all have our secret 'cheap' spots for all those times we've put in a long day's work, had to feed multiple people, or didn't feel like cooking. Sometimes, though, you've got to switch things up or you're simply in need of a meal at an odd hour, so you roll into the closest place you know is open, which is how I found my new go-to 'cheap' spot – the Piper Inn.

The Piper has long been known as a wing joint, but the last time I was there I had to take a second glance at the late-night happy hour. It appeared that each night of the week offered a different $5 entree item, which I was reassured by the waitstaff is full portioned, and drinks were reasonably priced per usual.

So, I went for it. I ordered the Carne Asada fries, and this is what I got: 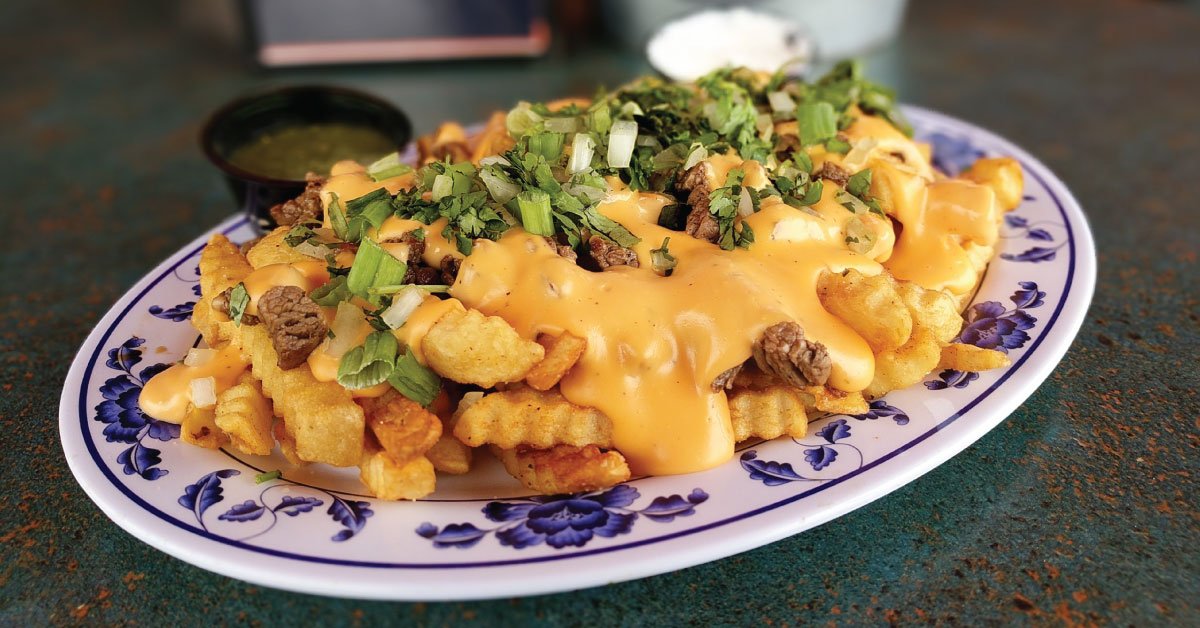 Yeah, I'd say that's a full portion. And yes, it was as good as it looks. Don't tell my snobby foodie friends, but I absolutely adored this simple marriage of potatoes, steak, and Velveeta-like cheese. If they do find out, I can take the whole "supporting local business" angle because the Piper Inn has been a Denver staple for over 50 years.

How the $5 late night happy hour menu got past me I have no clue. Of course, it has been a while since I've been there that late at night ...

If you're planning on giving it a shot, the late-night happy hour menu is only Monday through Thursday after 9 p.m., but I would've happily paid full price had I stumbled in there earlier. They have other items on special, too, just on different days – and they're as follows:

You see, there's just an essence to this place that's a nice respite from the ultra-hip cocktail-crafting joints downtown -- although, those have a time and a place. It goes without saying, I'll be back; most likely for one of those $5 burgers, because I'm in love.

What are your thoughts? Do you have any secret food menus you'd like to share? If so, let us know in the comments below!

Did you know that 1,200 Bald Eagles fly to Colorado every year?