Peeps have landed at Dunkin' Donuts!

Dunkin' Donuts has teamed up with Peeps & Company to give us a Peeps donut and marshmallow-flavored coffee starting April 1 at participating locations!

The donut will feature white icing, special green and egg-shaped sprinkles, and the iconic mini yellow Peep, while the iced and hot coffee drinks will be available with a Peeps marshmallow flavor.

"And, although it’s egg-hunting season, fans of both Dunkin’ and PEEPS"® won’t need to look too hard for these new items, as both will be offered at participating Dunkin’ restaurants nationwide for a limited time and while supplies last," Dunkin' Donuts' website says.

Just look at how cute the donut is! Get your donut and coffee while supplies last -- they are expected to sell out quickly!

(Side note: No, this is not an April Fools' Day joke -- it's really happening)! 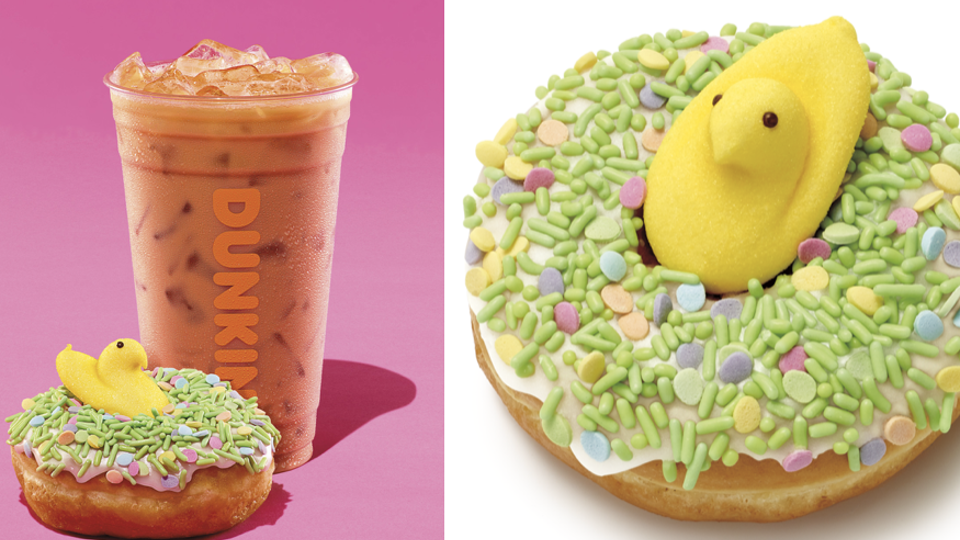 Along with their Dunkin' debut, Peeps has recently come out with a Peeps cereal and Peeps coffee creamer, which are practically guaranteed to give you the jitters the whole day! Why not have a morning cup of coffee with the cereal for breakfast and then head on over to Dunkin' for your afternoon pick-me-up? Plenty of sugar-fueled energy to finish your work!

Spring to your nearest Dunkin' for this sweet treat! https://t.co/OtoqeZygQD

Peeps donuts and marshmallow coffee? No, that isn't an April Fool's Day joke. Both will really be on Dunkin' Donuts' menus starting Monday.https://t.co/ImN11y0iks pic.twitter.com/gXzbSzlmjk

Some asked the hard questions. Yummmm or ewwww? You decide.

Will you be heading to Dunkin' Donuts today? Tell us in the comments below!

7 Social Distancing Drinking Games to Play Virtually With Your Friends