Although Americans have a huge appetite for Asian foods like sushi and ramen, along with pseudo-Asian cuisines like PF Chang's and Panda Express, there's still a lot of awesome Asian culinary traditions that we're just now waking up to. One of the biggest players in this is Thai cooking, which is slowly becoming more popular with the mainstream crowd after being a foodie-favorite for years.

We've talked about how awesome (and underrated) Thai food is before. Today, we want to take a closer look at one of the cuisine's most iconic dishes: pad thai.

While pad thai is arguably the most well-known Thai dish, it's also one that's tricky to get right. As a result, a lot of Americans haven't had a truly authentic pad thai, the kind that fills your heart with excitement while completely emptying your sinuses from the heat. Let's take a quick look at what pad thai actually is, and how to tell if you're ordering the good stuff. 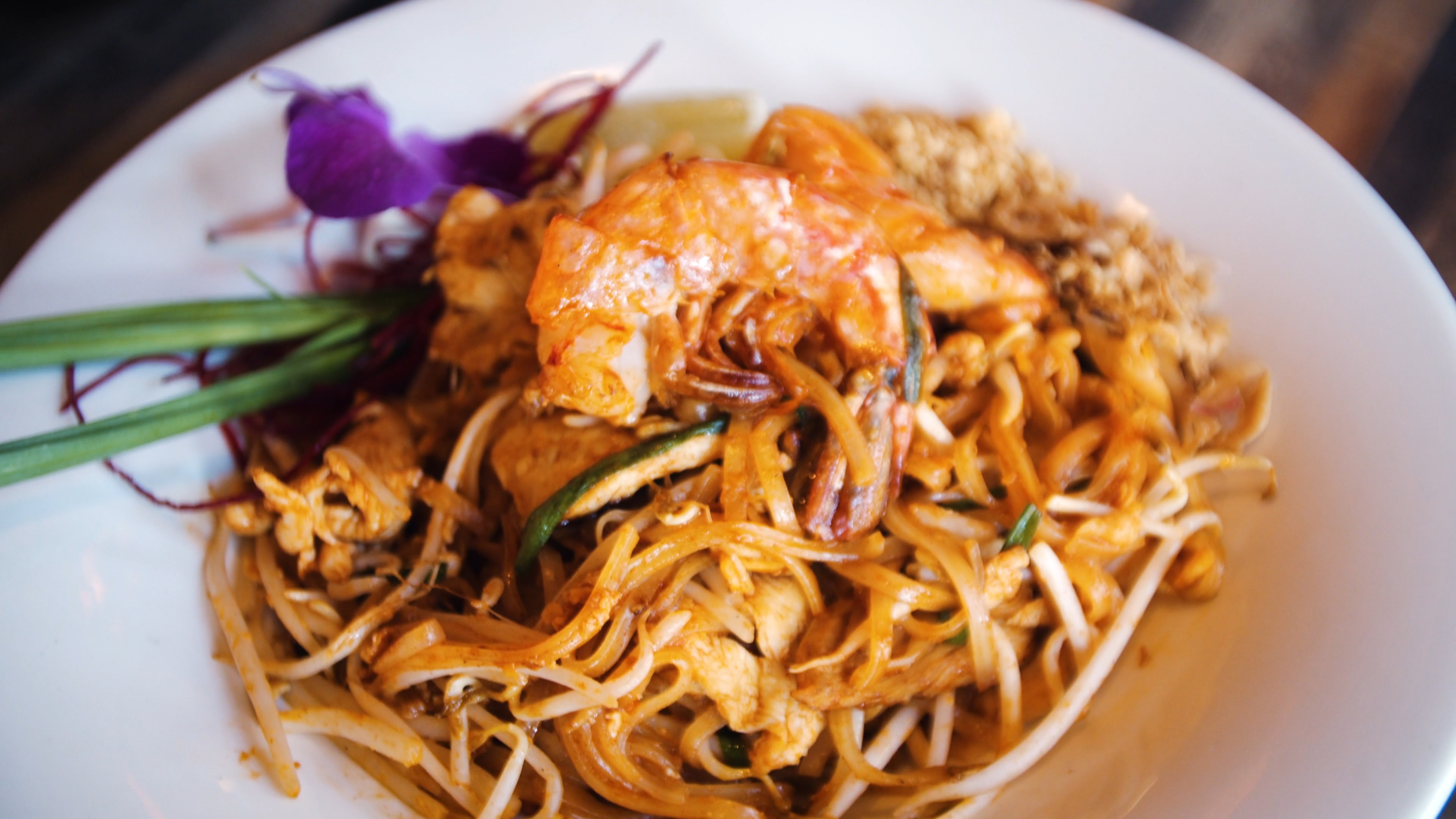 Despite the fact that other traditional Thai dishes (especially curries) can trace their culinary origins back hundreds of years, pad thai has a more contemporary origin. The dish actually originated in the 1930s and was popularized by then-prime minister Plaek Phibunsongkhram. Just like the rest of the world, Thailand was having a rough time during WWII. Following an overthrow of the monarchy in 1932, Thailand was facing both a crisis of national identity and a crisis of the "food shortage" variety.

Pad thai was created (and popularized) as a way of addressing these issues. The dish used Chinese noodles to cut down on rice consumption and was heavily marketed as an exclusively Thai dish in order to promote a sense of national identity. Since then, the dish has been taking Thai street vendors (and sinuses) by storm.

So, what actually goes into it? While pad thai might seem like a basic stir-fry dish, the ingredient choice makes all the difference.

Authentic (read: GOOD) pad thai uses rehydrated rice noodles with tapioca flour mixed in. It's prepared in a similar fashion to a stir-fry, except each individual serving is usually cooked separately in order to preserve the unique palate of flavors. These rice noodles are cooked along with proteins like chicken, shrimp, or squid, along with carrots, bean sprouts, roasted peanuts, and shallots.

The real secret to good pad thai lies in its sauce. Forget everything that you think you know about sauces: authentic pad thai sauce has them beat. It starts with a base of tamarind juice and fish sauce, before sweetening with palm sugar and cranking up the heat with dried red chilies. Lime juice, dried shrimp, and raw banana flowers sometimes get added to give the dish an extra oomph.

While most Americans generally can't identify tamarind juice or palm sugar by taste (or tell what a banana leaf is doing in their food), there's an easy way to tell if your pad thai is authentic or not: the socks test.

"The Socks Test" (which we just invented) is simple: if pad thai absolutely knocks your socks off, it's probably authentic.

Beyond pad thai, what Asian cooking are you excited about? Sound off in the comments!