Death Stranding (PS4 2019) depicts a world of social distancing and quarantine, and what can be done to connect anyways.

A lot of games are simple in their premise—jump on the platforms or shoot the glowy things. Games can just be games and that's to be celebrated. Other games try to convey a message, like how Celeste engages with anxiety and depression while teaching its players to climb a mountain. Just like there are blockbuster-popcorn movies and arthouse films, some games risk being pretentious or artsy to convey a message. 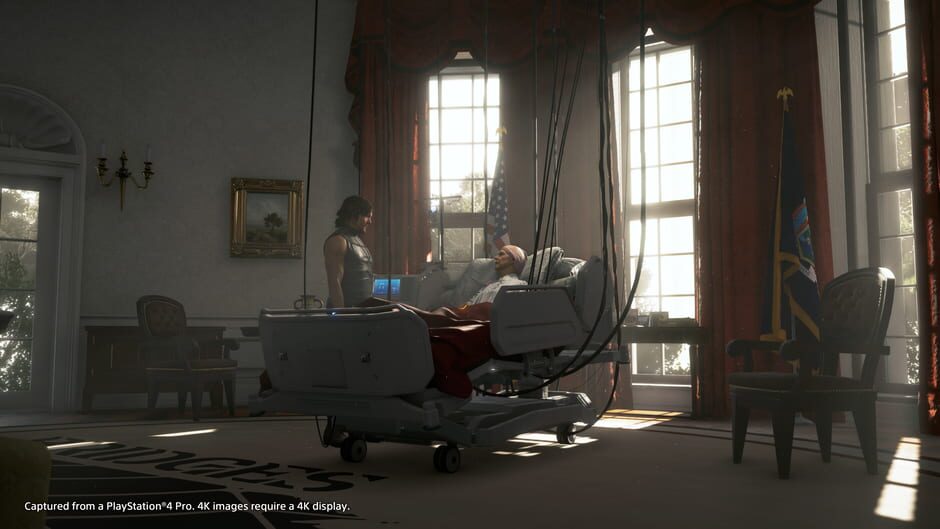 One of those risks was 2019's Death Stranding by Kojima Productions. Early glimpses of the game pre-release were baffling and mysterious—a dreary world of tar, invisible monsters, and rain that made you age decades in a single drop.

An early trailer, 2 years before release

The gameplay centered around delivering packages across a vast and varied landscape, often on foot, with inventory-management and traversal mechanics. There's a little bit of shooting and punching, a little stealth, and a system by which online players can interact with each other's worlds and share supplies.

There's also some really weird sci-fi things, like babies in pods that help you detect the aforementioned invisible monsters or deranged Mad-Max-esque bandits that want to steal your cargo. 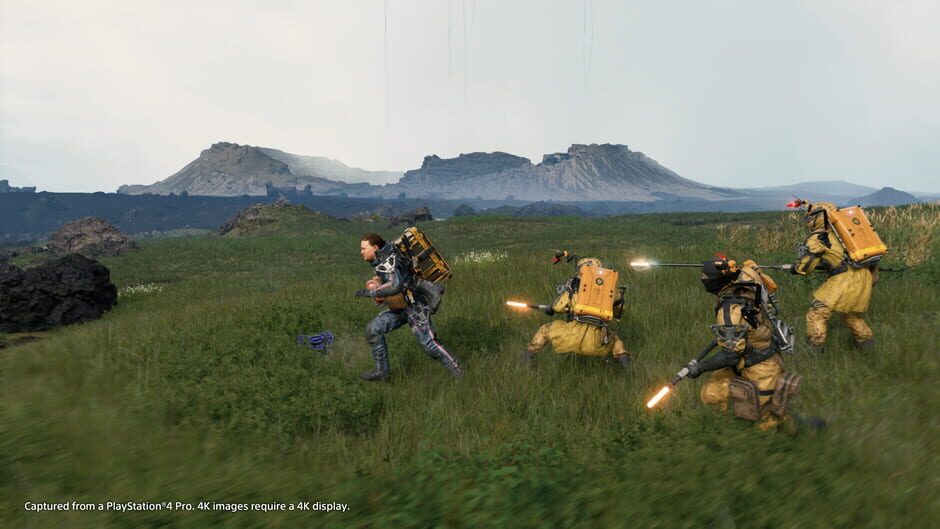 If you've ever had a package stolen off your porch, you'll recognize these cargo-stealers as pure evil. Courtesy of Kojima Productions.

Reviews of the game were mixed. A lot of people found it tedious—pretentious storytelling that was a "walking simulator" at best. Many others found it engrossing in story and gameplay, often in ways that are hard to explain. (Full disclosure: I ended up loving the game, warts and all, but recognize it probably isn't for everyone.)

But more peculiar than the divisive review scores is the uncanny similarity between the themes of Death Stranding's dystopia and our current quarantined existence.

A Game About Social Distancing

See if this sounds familiar:

Because of conditions outside, a lonely nation is holed up in bunkers. A strange illness demands they keep their distance from one another, so everyone communicates by holograms. The only people that go outside are service workers who deliver packages of essential things like medicine and food. 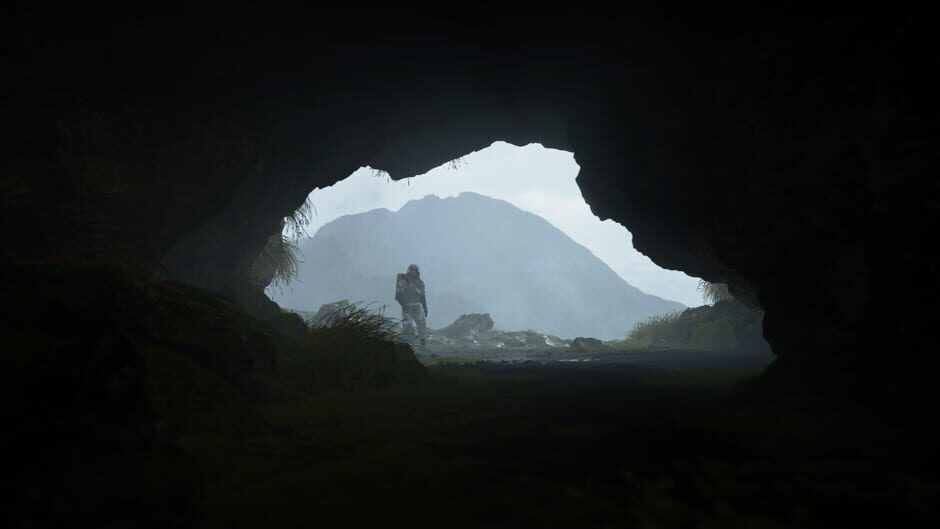 The supernatural rain will super-age anything it touches, so best find shelter. Courtesy of Kojima Productions.

People online have sure noticed the similarities.

Much like how Metal Gear 2 predicted memes and the spread of misinformation, Death Stranding predicted things too pic.twitter.com/ePl7MedvKw

And this viral image shows the game's protagonist laden with hand sanitizer and rice and toilet paper: 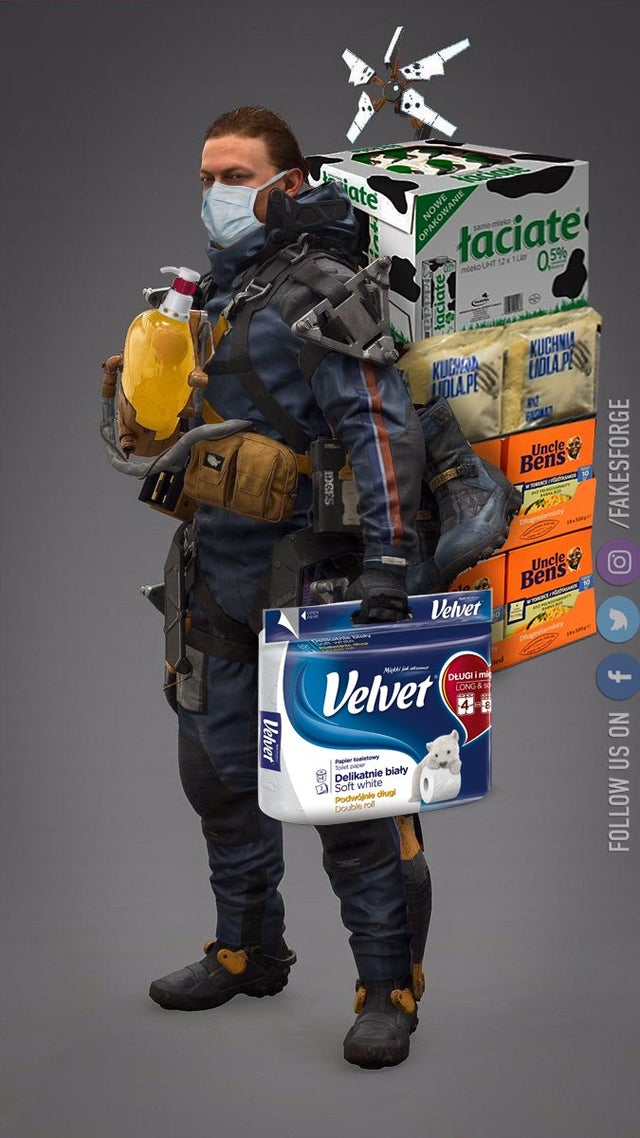 hold up a sec

right now:
- society is divided along political lines
- sudden onset of a nigh-inescapable illness
- paranoia setting in rapidly
- everyone relying on delivery services to avoid going out

This man is even making the baby-in-a-pod a reality:

Death Stranding is real, yo. https://t.co/EVfROHwayA

A Game About Connecting

The game's director, Hideo Kojima, described what his team had made:

"Death Stranding features a delivery boy in a post-apocalyptic future. He must venture into desolation alone and reconnect a totally fractured society. But, as we progress in Death Stranding, we notice that there are actually several thousand of us playing the same game, through the structures and objects that we have all built and that remain in a common environment. You don’t see the faces or avatars of other players, but what they leave in this universe is intended to provide cohesion, a sense of calm in the face of the harshness of the Death Stranding world."

That exploration of what it means to connect with other people, even if it's through quarantine and over a videogame, is what makes Death Stranding worthwhile to its fans.

In light of recent quarantine efforts and social distancing, Death Stranding takes on a new light for me and seems more prescient than ever in its themes and symbolism. I can also better understand why some only speak through a holographic communicator & want to avoid contact. pic.twitter.com/GKC8cp37Tw

I recommend re-playing Death Stranding now as it’ll have even more of an impact and meaning, especially since many of us will have to temporarily go into prepper mode. For those who haven’t, I’d recommend you download it and play it! pic.twitter.com/cM8AdJxMrg

The game might not be for everybody. But we are all looking at a lot more time inside, and if any of this interested you, I recommend you check it out. I hope to see you on the Beach!

Tomorrow is in your hands
So wash your hands#WashYourHands#COVID19 #DeathStranding pic.twitter.com/xTeGQkguvb

As Mississippians grieve 10,000 lost to COVID-19, pandemic still a war not yet won