Nintendo Re-Releasing Game & Watch In Honor of Its 40th Anniversary

Nintendo Re-Releasing Game & Watch In Honor of Its 40th Anniversary

Anybody else remember playing this bad boy?

Nintendo is surprising everyone by re-introducing its famous Game & Watch portable console, which was key in its ascent in the gaming world.

The re-release of the Game & Watch is in honor of the device's 40th anniversary, and it went on sale on November 13 for $49.99. Fans should grab it quickly—it's only out for a limited time.

Unlike Nintendo's newer system's today (such as the Switch or the Wii, which boast better graphics and speed), the Game & Watch was a clunkier piece of equipment. Still, it brought some of the best memories for players—especially younger people (like me!).

Originally debuting in 1980, the Game & Watch was a handheld game console that was able to only allow a single game to be played. It introduced the + shape directional pad with the 1982 game "Donkey Kong." Despite not being Nintendo's first console equipment, it was its most successful at the time. 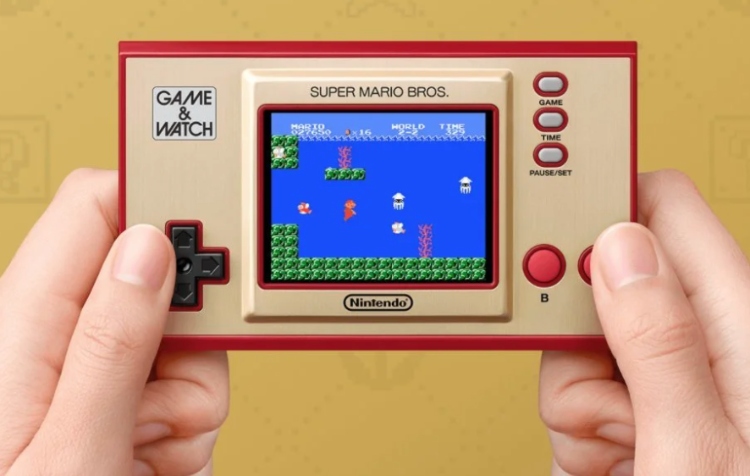 Courtesy of The Comic Book

The re-release of the Game & Watch will introduce its older format to a new generation. It will have its original red and gold design and allow three games to be played: "Super Mario Bros," "Super Mario Bros.: The Lost Levels," and the Mario version of "Ball." The main difference between the new design and old is that players can charge it using a USB-C.

What do you think? Do you plan to relive your childhood with a Game & Watch? What was your favorite game to play on it? Tell us in the comments!