Playrooms aren't what they used to be.

Milwaukee, Wisconsin, 3-year-old Ariah Doby-Becht, has a modern playroom that dreams are made of. Her adorable Target features a checkout station (with card reader!), shelves stocked with non-perishable items, a shopping cart, and even a Target tote bag to boot. She also has her own name tag and a framed photo touting her as "Employee of the Month."

An accurate Target replica wouldn't be complete without a built-in Starbucks, though. When Ariah is ready to serve coffee and other realistic-looking baked goods, she dons her Starbucks apron before handing out mini Frappuccinos to her friends and family.

This amazing playroom wouldn't have been made possible without the help of her mom, Renèe Doby-Becht, and her aunt, Brigette Doby.

Then, Renee's talented graphic designer Brigette "designed the Starbucks menus, made all the logos, price tags and sale signs and even taught me how to use the Cricut machine." 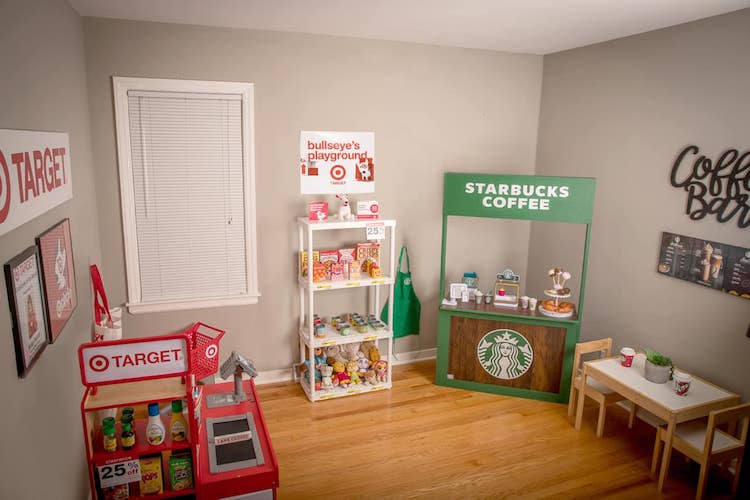 It was definitely a team effort to bring Ariah's favorite store to life. Doby-Becht's former elementary school teacher, Georgia Cucinello (Mrs. C) was the one who made Ariah her irresistible Starbucks apron. Doby-Becht explains that it was a challenging time in her life since she was going through a divorce, so she was happy to do something that she knew would bring her daughter (and her) so much joy. 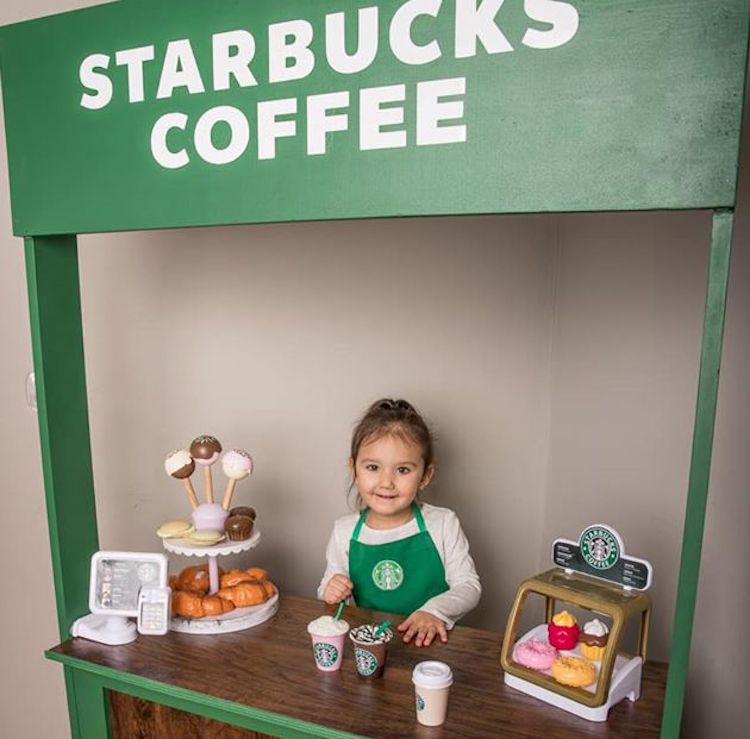 Ever since Doby-Becht posted the photo of her daughter in her Target/Starbucks playroom on Facebook on January 13, she's gotten over 5,000 comments and over 10,000 reactions and shares. Personally, I always think it's nice to see positive news on my Facebook feed, so I'm not totally surprised by the overwhelming reaction. It is pretty neat though that everyone from local news stations to Good Morning America and People picked up this heartwarming story.

Does your kid have a realistic playroom? If not, are you inspired to create one like Ariah's? Sound off in the comments!