Did you know that D.C. has underground catacombs?

Anyone who has toured DC probably thinks they have most of the city figured out. Museums? Check. Restaurants? Everyone's got their favorites. But are you aware of what lies beneath D.C.'s Franciscan Monastery of the Holy Land in America? That's right: D.C.'s very own catacombs! 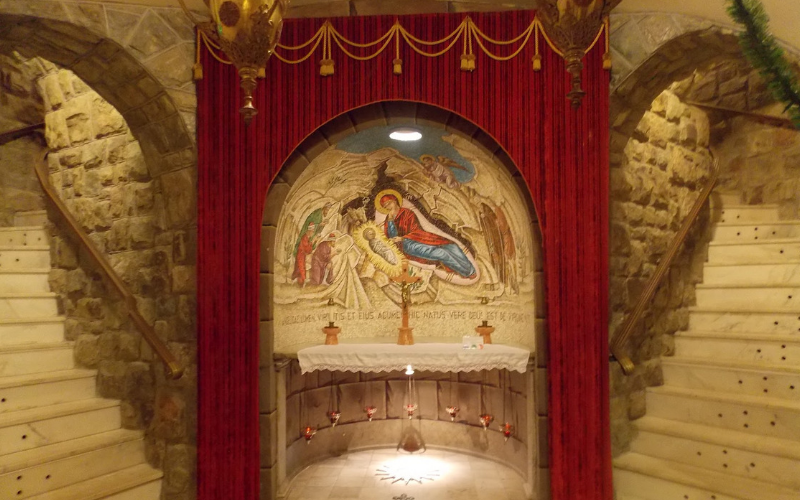 Courtesy of The Schramm Journey

Now, D.C.'s catacombs don't have the lengthy, drama-filled history that the Paris catacombs do (read their story here), but it still feels like we have a piece of Europe right here in our own city. According to Atlas Obscura, the idea to construct catacombs in D.C. came at the turn of the 20th century by the monastery's monks who wanted to recreate the feeling of the old world in North America for those that couldn't make the trip overseas.

From tons of (fake) graves to the distinct architectural sections that are meant to represent different parts of early Christian mythology, it'll really, truly feel like you're in the catacombs of Paris. And since the 1920s, the catacombs have apparently been home to a skeleton of a young child (and second-century martyr) that came from the Catacomb of St. Callistus!

D.C.'s Franciscan Monastery of the Holy Land in America (and accompanying catacombs) is located at  1400 Quincy Street N.E., in Washington, D.C. Click here for more information.

Would you go through D.C.'s catacombs? Have you been to catacombs before? Drop a comment below, and let's get the conversation started!

Bands & Brews on the Boulevard Coming This Weekend

Road Closures for Bands & Brews on the Boulevard